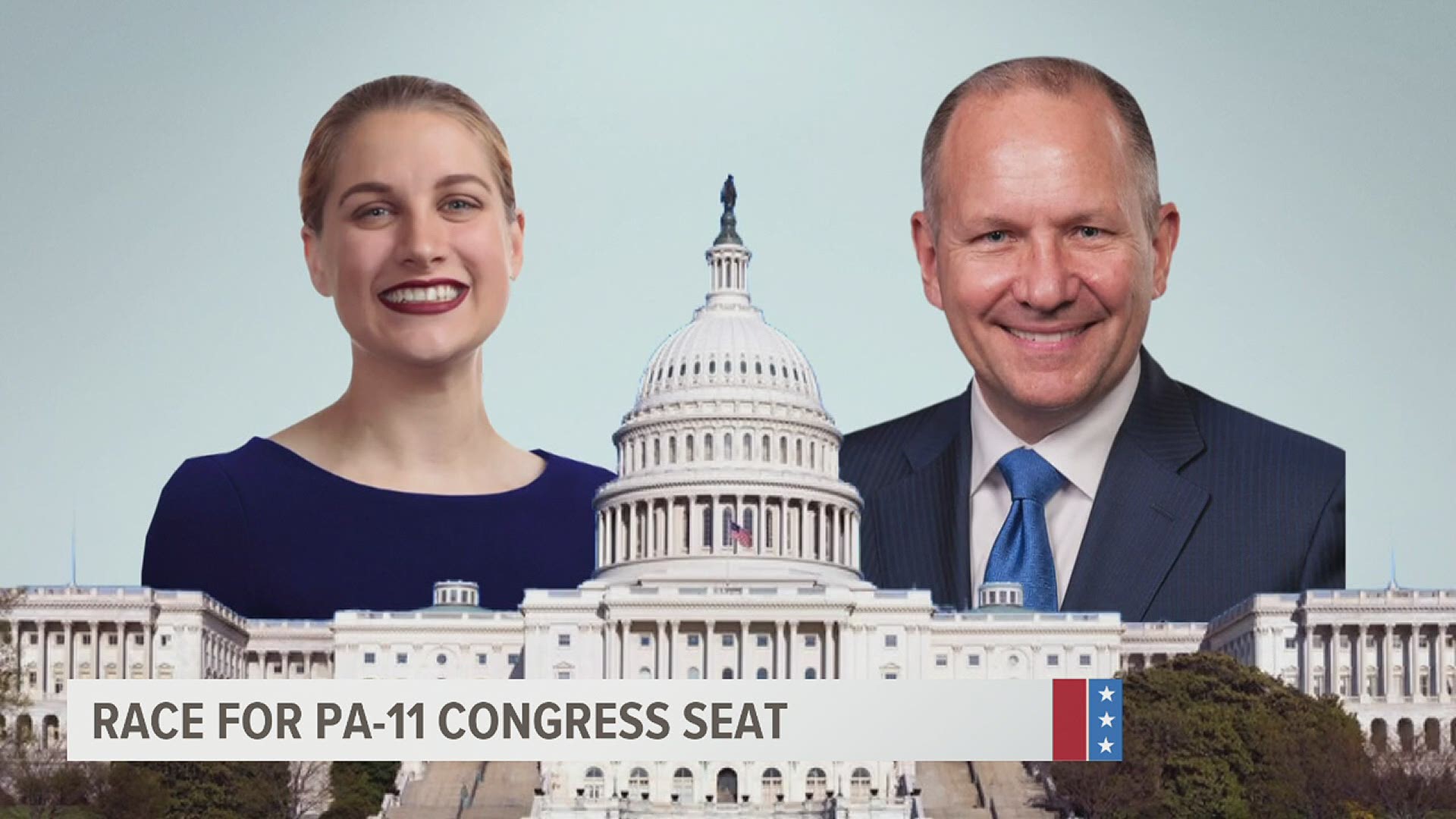 PENNSYLVANIA, USA — Lloyd Smucker rode a wave of support for Donald Trump in 2016 to get from the State Capitol to the U.S. Capitol. Two years later, the Lancaster County Republican grew his support in a newly drawn district. Now, Smucker is seeking a third term in Congress.

Standing in his way is Sarah Hammond, a 27-year-old political newcomer who earned the Democratic nomination in June. Hammond is a progressive candidate from Hanover, York County. She is a community volunteer in York, and field hockey coach at her alma mater, Hanover Senior High School. Hammond ran for State Senate in the 33rd District in 2019, and lost to Senator Doug Mastriano.

The 11th Congressional District covers all of Lancaster County and southern York County. This area voted for Donald Trump in 2016 by a +26 margin.

Smucker believes the economy and job creation continues to be the most important issue to voters in the district.

"We need to go back to rebuilding the greatest economy we've ever had," the congressman said. "I was very proud of the work we had done to ensure people have the opportunity to live the 'American Dream.'"

Smucker is a member of the Problem Solvers Caucus in Congress, a bipartisan group of lawmakers who meet to break gridlock on issues in Washington. He also touts President Trump's tax cut act.

Hammond's top issue is health care, and making it more accessible. She believes in a universal plan.

"This was already an issue pre-COVID," Hammond said. "We need to make sure everyone has access to health care in the midst of a pandemic. We need to also attack the climate crisis, particularly in a district where agriculture and manufacturing can be detrimentally impacted."