Dan Meuser was elected to Congress in 2018 to represent the area which includes Lebanon County. 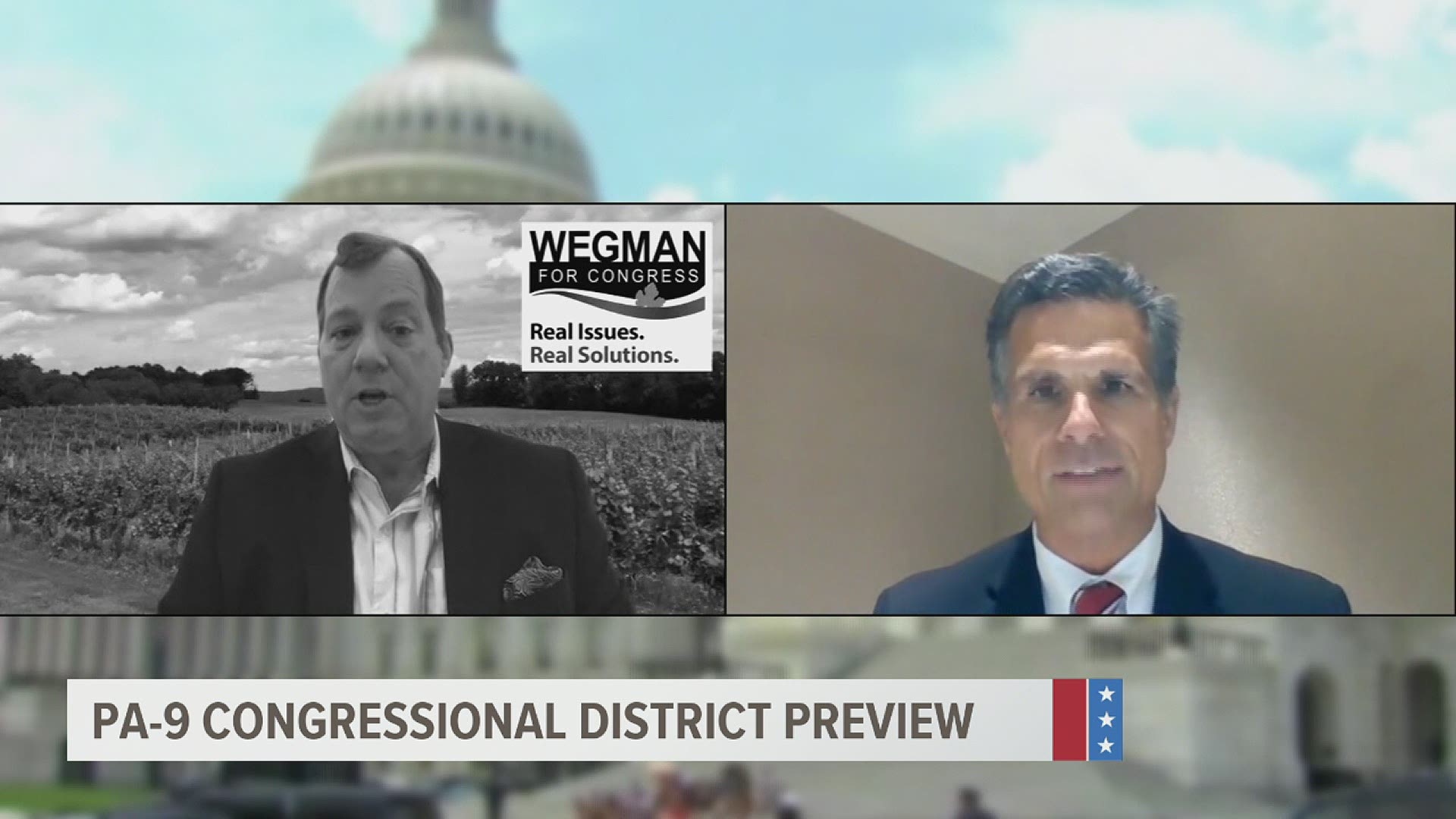 Meuser was elected to Congress in the newly drawn 9th Congressional District in 2018 with 59% of the vote. He is one of President Donald Trump's most staunch supporters, voting with the president's views 97.5% of the time, according to the website fivethirtyeight.com.

One of Meuser's top policy points he says is maintaining law and order. He said he doesn't personally believe systemic racism exists within police departments.

This is Wegman's second political campaign. He ran for the same seat in 2018 and lost the Democratic primary to Denny Wolff.

Wegman's platform is based largely on improving health care. He is a dentist and runs a family produce farm.

For more election coverage, where to vote, information about the candidates, and other stories about voting safety and security, visit the FOX43 Election Voting Guide.