A record number of mail-in ballot applications, but will they arrive in time?

Due to the surge of mail-in ballot applications for the June 2 primary, some counties have seen a delay in processing and delivery of ballots. 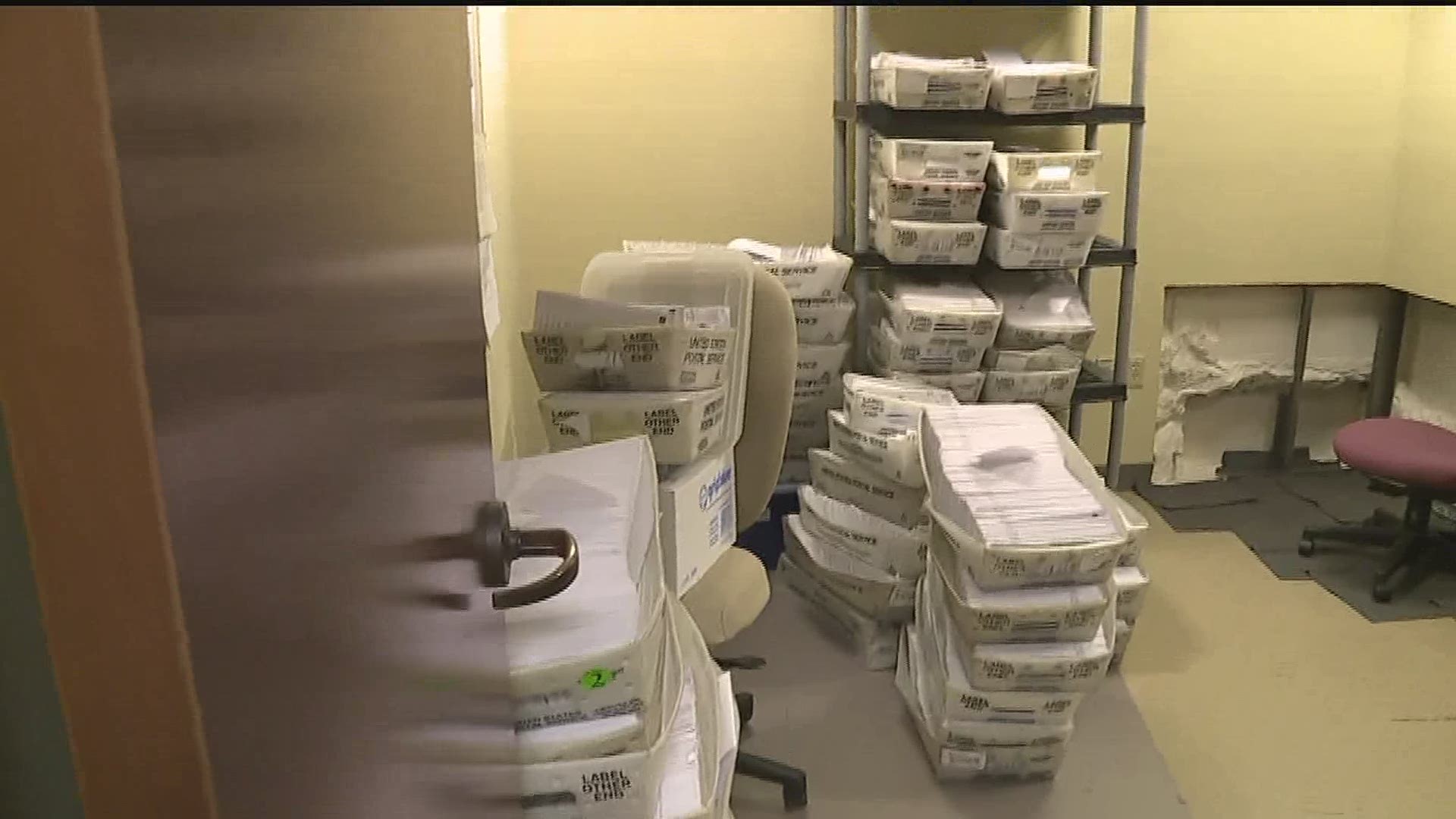 A record number of Pennsylvanians have applied for mail-in ballots to vote in the June 2 primary, but election officials are concerned some ballots may not arrive in time to be counted. Due to the surge of applications, some counties have seen a delay in processing and delivery of ballots.

More people are voting by mail because of a 2019 law that allows Pennsylvania voters to vote by mail without the excuse for not voting in person that’s required for an absentee ballot. The COVID-19 pandemic has driven more mail-in ballot applications, so voters don’t have to stand in line at a polling place on Election Day.

Some delays are to be expected for voters who haven’t voted by mail before, officials said.

“I`m seeing that voters are not getting their ballots,” said Jerry Feaser, director of the Dauphin County Board of Elections. “Sometimes it`s due to their own data-entry errors.”

Voters have made mistakes like entering the wrong address, not including an apartment number, or forgetting to register to vote or register with a political party, Feaser said.

But the COVID-19 pandemic has caused significant slowdowns in several systems.

County boards of elections are dealing with an avalanche of mail-in ballot applications. As of May 26, 1.73 million people applied, more than 20 times the number of ballots cast in the 2016 primary.

Counties can’t possibly process and send out all these ballots in the limited time allowed by the state, according to Mark Walters, York County public information officer.

According to Act 77 of 2019, when ballot applications come in less than two weeks before an election, “the [election board] shall deliver or mail official mail-in ballots to the additional electors within 48 hours.”

With added time for mail delivery, ballots are supposed to arrive in about five to seven days.

RELATED: An unprecedented number of mail-in ballots being processed across PA; what you should know

However, in addition to processing delays, some ballots are taking longer to be delivered.

In Montgomery County, election officials blamed wait times of more than three weeks for some mail-in ballots on the U.S. Postal Service. The county’s Voter Services department sent out an email Monday:

“We have been informed by the United States Postal Service of the amount of time it is taking for official Montgomery County election mail to be delivered. The source of this slowdown is a combination of systems operating at a slower rate due to the circumstances created by the COVID-19 pandemic and USPS prioritizing official election mail coming from Montgomery County in a manner that is not consistent with protocols that the County was informed would be in place.”

Tuesday was the last day to apply for a mail-in ballot. But those who waited until the last minute may not be able to get their ballots in on time.

"The reality of it is, at the end of last week, it’s really getting too late for people to do it all by mail,” said Randall Wenger, chief clerk of the Lancaster County Board of Elections.

Some officials are now telling voters to skip mailing back their ballots, and instead deliver them directly to their county Board of Elections. Several counties have placed drop boxes for voters to leave the ballots.

Officials are concerned that ballots mailed back late won’t be counted, and voters won’t be notified their vote wasn’t counted.

“Please consider your health and consider the utility of vote by mail  by actually applying for a vote by mail, mail, vote at home,” Gov. Wolf said during his Friday COVID-19 update.

Voters who applied for a mail-in ballot can still vote by provisional ballot at their polling place on Election Day, but officials are urging voters to avoid that option, as provisional ballots take more time to process and could slow down vote counting.