The race heats up for the Democratic Party's nomination in Pennsylvania's 10th Congressional District. 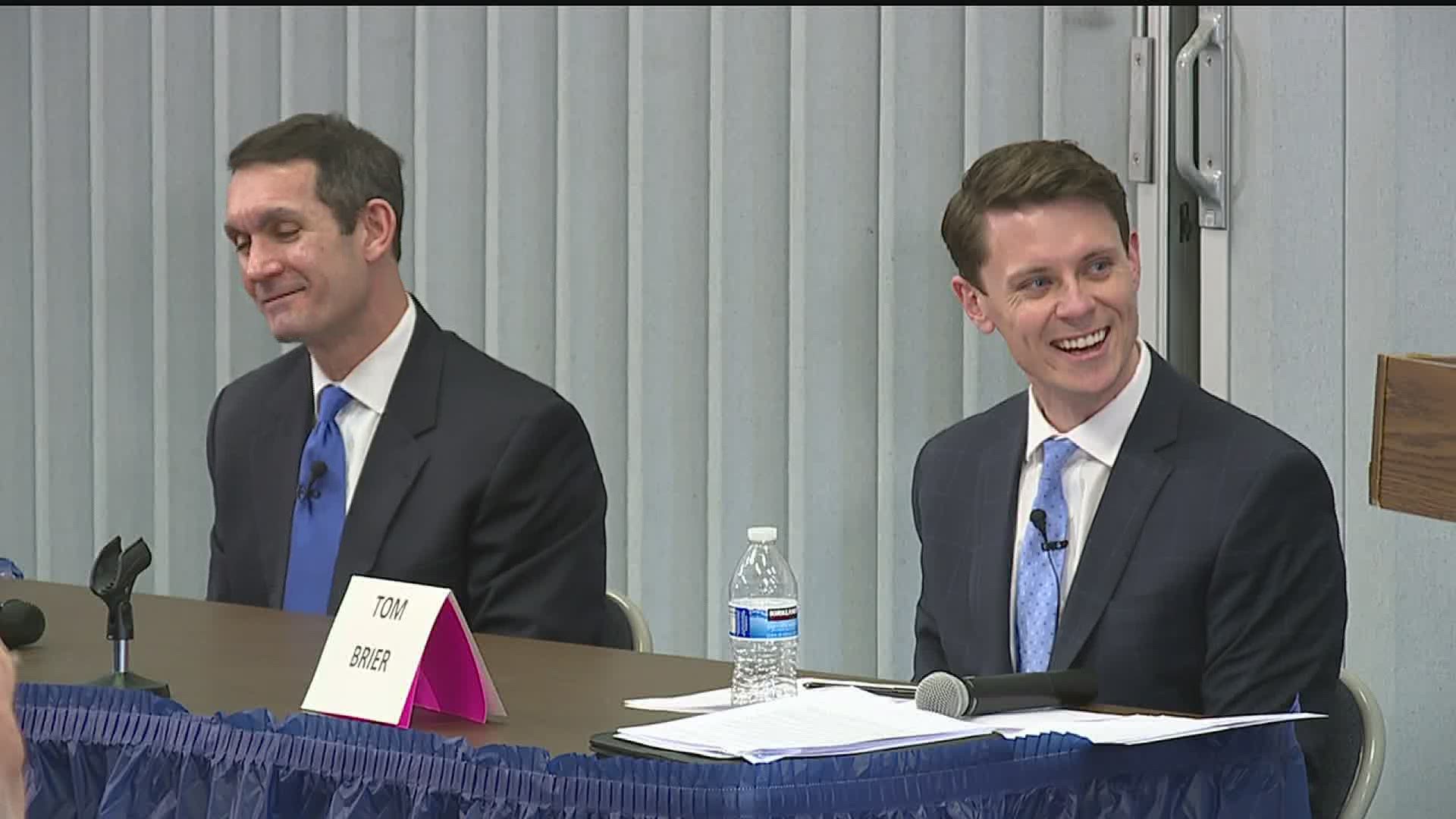 Two democratic candidates in Pennsylvania's 10th Congressional District race square off in a debate at the Camp Hill borough building Sunday night. No question was off topic for candidates Eugene DePasquale, the current Pennsylvania Auditor General, and Tom Brier, Hershey-based attorney and author. The candidates are vying for the congressional seat currently held by Republican Congressman Scott Perry.

Brier is a new face to politics. He hopes his progressive vision will resonate with voters in the April 28th primary election.

“The benefit of running as a young candidate is that we have a chance to start over and run on a set of values that can be established in this district for the next several decades to come," said Brier.

DePasquale points voters to his extensive political record. He formerly served as a state House member from York and said his active role in the community gives him the best chance at turning the congressional district blue.

“People can look at what I’ve done as an example of what I’m going to do," explained DePasquale. "Fighting to root out waste, trying to bring people together, holding the powerful accountable, while at the same time being a real person in the district. I've been an assistant high school football coach. I've been an assistant high school baseball coach."

The candidates discussed equal pay, fracking, and the opioid crisis, which DePasquale said has lead to a revolving door in the criminal justice system .

“We need to treat drug addiction like the drug it is. We need to reform the mandatory minimum sentencing law," said DePasquale.

Brier said he does not support the expansion of fracking and detailed his policy proposal on retirement security.

Despite their differences on many topics, the candidates admit they have one common goal: beat the Republican incumbent this fall.

“Regardless of who wins, we’ll work together as much as we can," said Brier. "We’ll combine our resources and our efforts and make sure that this district goes blue in November.”