The Pennsylvania General Assembly is again discussing legislation to aid survivors of childhood sexual abuse and again faces an uphill battle to be passed. 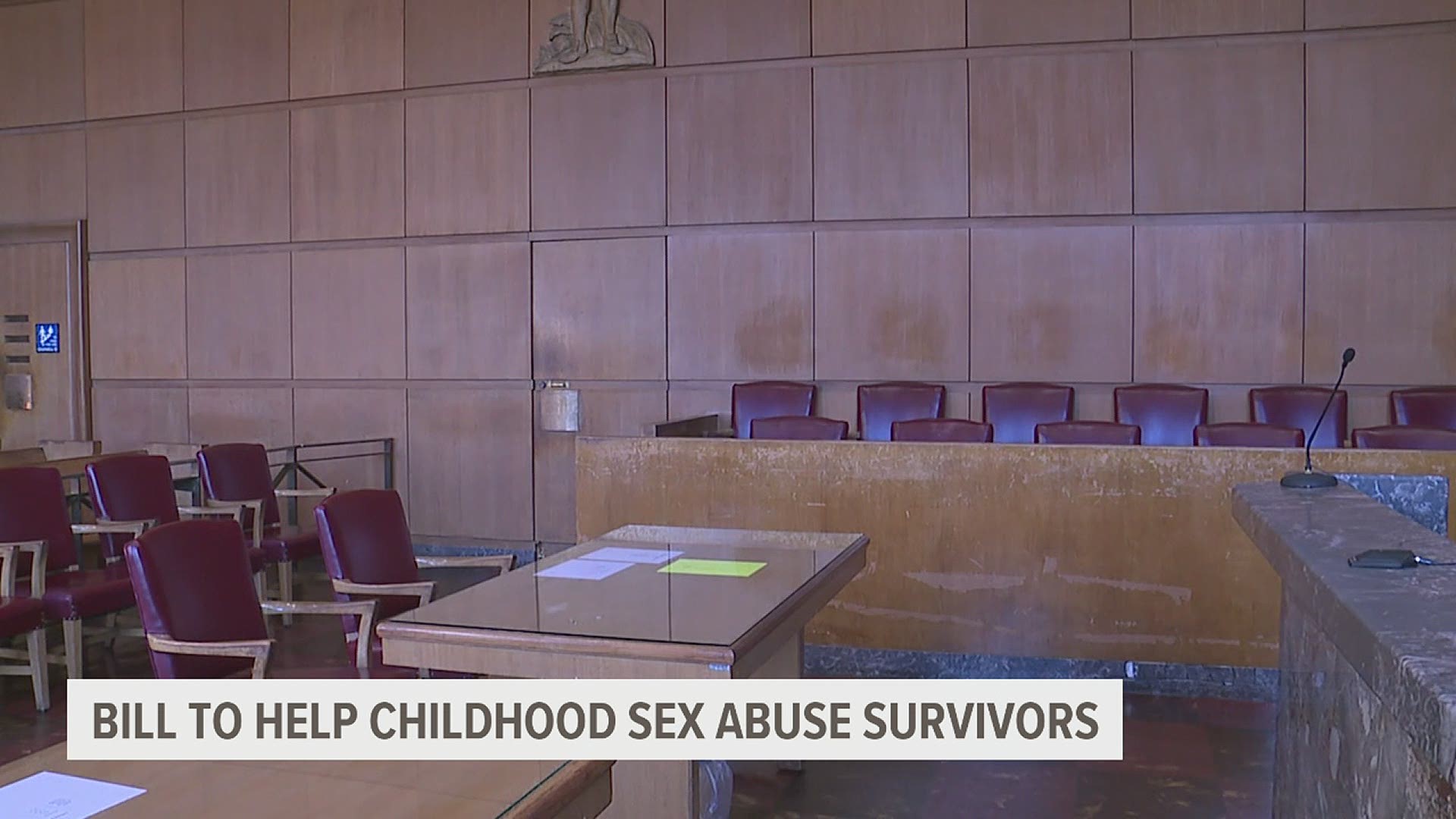 HARRISBURG, Pa. — The Pennsylvania General Assembly is again discussing legislation to aid survivors of childhood sexual abuse, which faces an uphill battle to be passed.

The goal of several different proposed measures is to create a two-year window for survivors of childhood sexual abuse to sue their abusers, most notably Catholic dioceses across Pennsylvania.

The original measure, a constitutional amendment question that would have been posed to voters during the May 2021 primary election, has faced multiple setbacks.

The Pa. Department of State failed to advertise the constitutional amendment as required, forcing it to be pulled from the ballot in May.

An attempt to keep the amendment on the ballot through an emergency process failed in the state Senate on March 22.

The bill, HB951, faces resistance from some state Republicans.

“I just do not believe that we should be passing post-hoc laws to apply things retroactively, so I oppose the legislation,” said State Rep. Paul Schemel (R-Franklin), at a House Judiciary Committee on March 24.

State Rep. Rozzi, himself a survivor of childhood sexual abuse at the hands of Catholic priests, strongly disagreed with that reasoning, saying it was merely an excuse to protect the financial interests of the Catholic Church.

The Pennsylvania Catholic Conference declined to comment for this story.

“Every bishop in Pennsylvania will be exposed how they covered this up,” Rozzi said. “They don’t want those records to come out. And again you might see a couple more dioceses file for bankruptcy.”

The bill is the first part of a dual path for victims. Even if it passes, it could face court challenges for years.

The second path, a bill to restart the constitutional amendment process, was introduced by Rep. Gregory.

“In Pennsylvania the forces that do not want to see this happen are so, so powerful and they’re going to fight it,” Gregory said. “They’re going to run out every ground ball just like I am.”

State law currently bans civil claims for childhood sexual abuse from people older than 30. As a consequence many survivors can’t win monetary damages for decades-old abuses, many of which were described two years ago in a blistering state Grand Jury report on abuse in the Catholic Church.

“If you’re not standing with victims of child abuse, you are protecting pedophiles,” Rozzi said. “You are putting our future children in the path of these predators and they could be abused and it would be on them.”

The bill is set to come up for a vote on April 6.

RELATED: After 'devastating' Dept. of State error, lawmakers once again seek a pathway to justice for survivors of sexual abuse