Police: Gunfire strikes three people in York, including a minor

YORK, Pa. — Update (Monday, noon): York City Police say they have not yet identified any suspects in a Sunday-afternoon shooting that injured three people... 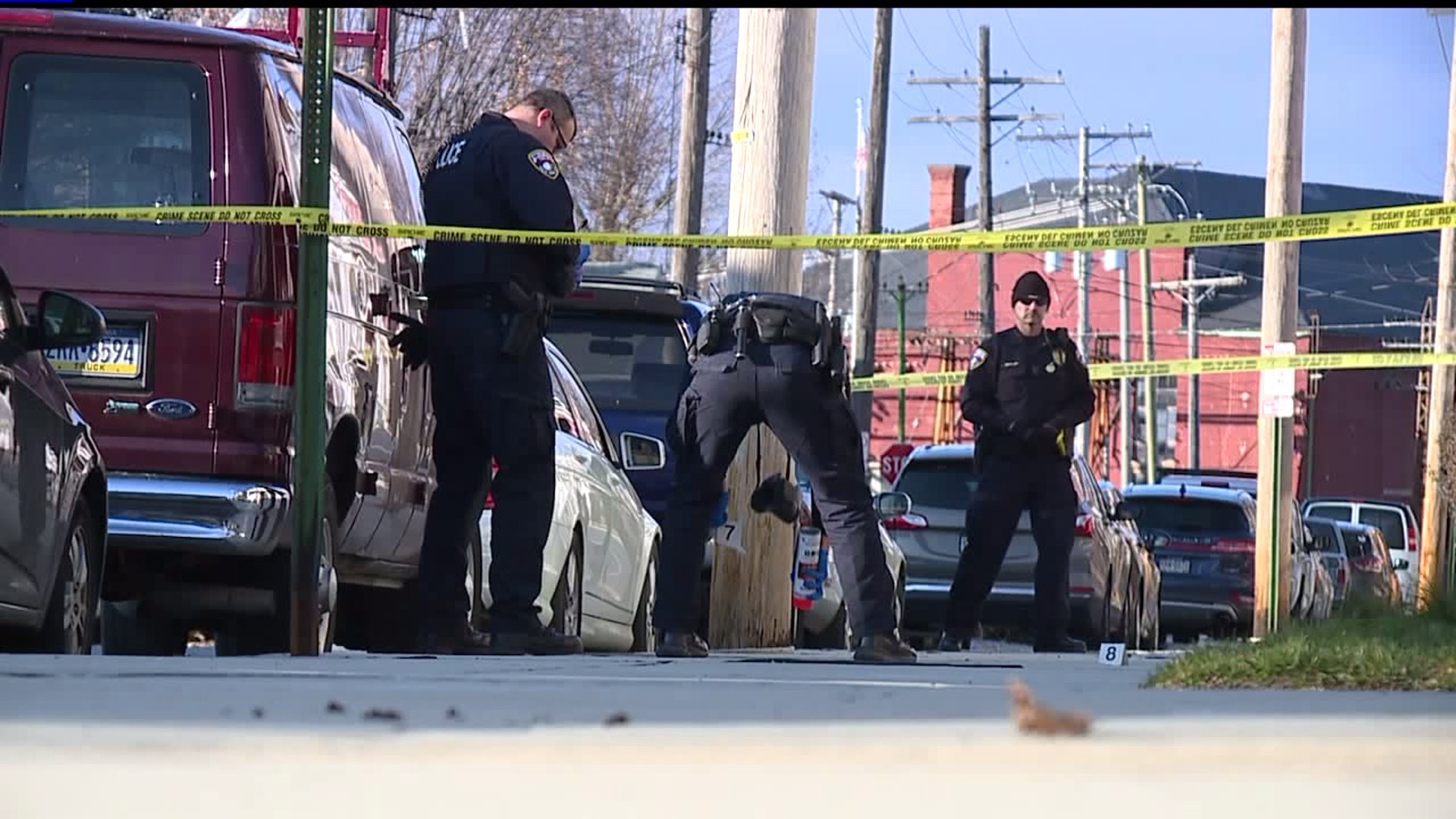 YORK, Pa. -- Update (Monday, noon): York City Police say they have not yet identified any suspects in a Sunday-afternoon shooting that injured three people, including a child.

Police say investigators recovered shell casings on scene outside of the home.  A motive for this shooting is still unknown but it is believed that this house was targeted in this incident. Witnesses have been limited and there are presently no suspects, according to police.

It wasn't the wind but gunshots that sent chills Sunday afternoon.

"I was in my room, and I heard a bunch of shots, and the chill just went through my body," said Bobbi Hawkins of York.

From her home on the corner of Front and Smith Streets, Hawkins could see police marking bullet casings on the ground.

"Sad," said Hawkins tearfully. "[I'm a mother] of 5 and 15 grandchildren and one on the way, and it's not safe anywhere. York is getting really bad."

"I'm just a little scared right now," said a woman who lives on Smith Street. "I live right up the street from it, and it's getting too scary around here."

Police have not made an arrest, and they say information is limited.

It is unknown if the victims were targeted or in the wrong place at the wrong time.

More information is expected to be released Monday afternoon.

Anyone with any information regarding this incident is asked to contact York City Police in any of the following ways and as always tips can be anonymous.  Call York County Crime Stoppers at 755TIPS, York City Police Tip Line at ‪717-849-2204  ‪or 717-849-2219, York City Police Department at ‪717-846-1234 or submit a tip through CRIMEWATCH at www.yorkcitypolice.com

Three people were taken to the hospital following a shooting in York this afternoon.

According to emergency dispatch, the call for a reported shooting on the 600 block of Smith Street came in around 1:30 p.m.

Dispatch says three people were taken to the hospital with minor injuries.

FOX43 will have more information as it becomes available.