Plan to toll bridges in Pennsylvania faces pushback, especially from this group of drivers

Several trucking groups are speaking out against the proposal as one said it 'targets' them. 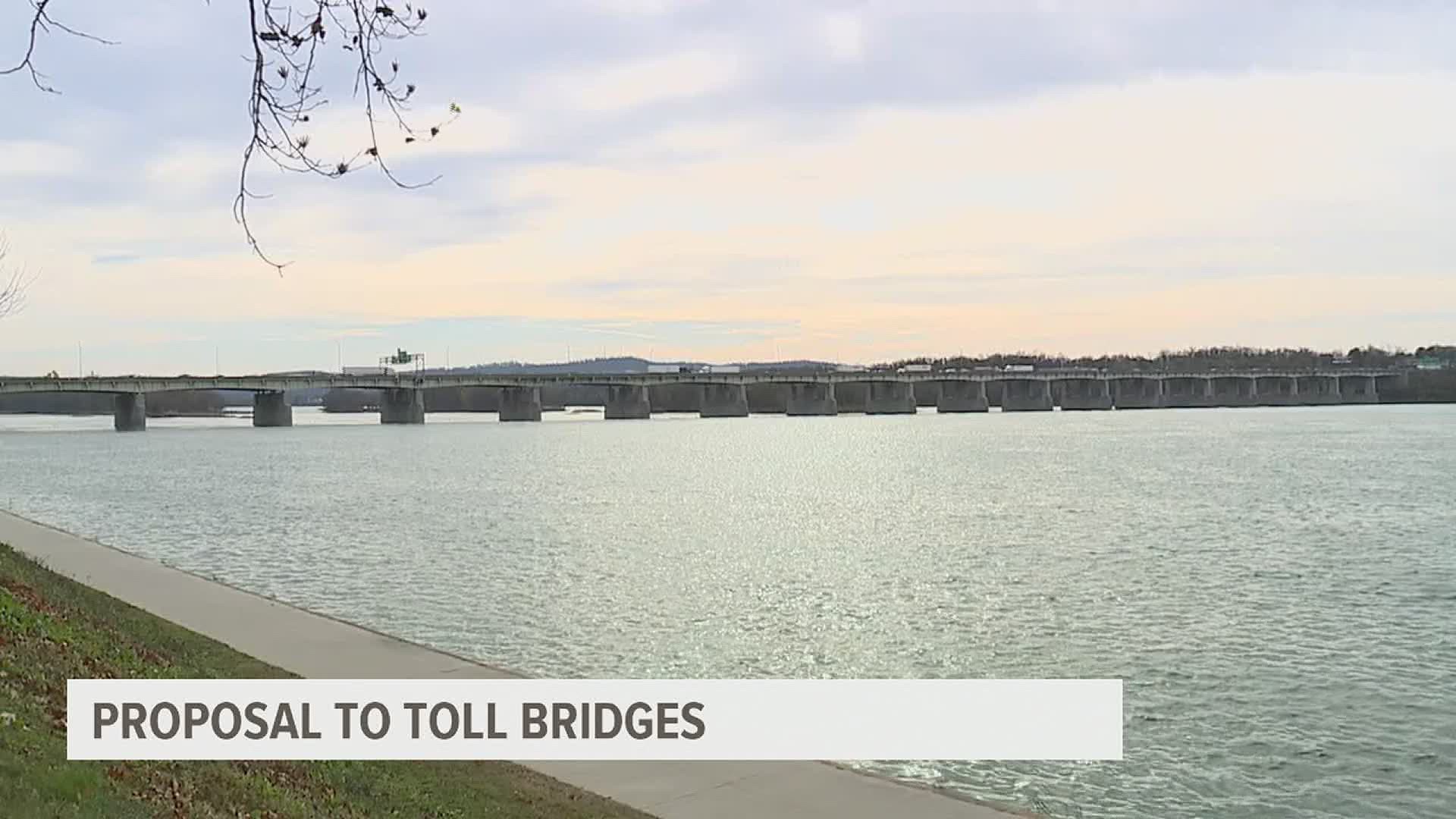 PENNSYLVANIA, USA — Trucking groups are pushing back on a PennDOT proposal that would toll 9 bridges in Pennsylvania. The tolls would fund renovations including to the I-83 John Harris Memorial South bridge that connects Harrisburg to Cumberland County.

The proposed tolls could range from $1-2 for vehicles charged through EZPass or Toll by Plate. But, the cost for truckers has yet to be determined and Oyler worries it will be a lot more.

"One truck crossing twice a day across the river is going to add $5200 a year to the operating costs for that one truck," she said.

Oyler said truckers support safe and well maintained roads. However, they do not support this proposal.

"We also feel the trucking industry has paid a disproportionate share of the transportation funding costs already and we feel like this is sort of targeting the industry," said Oyler.

Should you have to pay a toll to cross 9 bridges in Pennsylvania to help fund needed upgrades? See why one group of drivers tell me the proposal isn't fair. And why PennDOT says it's necessary. @fox43 #toll #Pennsylvania https://t.co/UF0HntAHsv

"An important point is that the South Bridge needs to be replaced. It’s old, doesn’t meet current design standards or have enough capacity at peak hours.  There would be significant impacts to the trucking industry and motorists in general if the bridge needs to be weight restricted or even closed. Tolling the bridge would be a reliable way of funding a project and paying for continued maintenance through what essentially is a user fee. It’s important that tolls be fair and affordable."

Watch more from PennDOT on the project.

PennDOT officials are searching for new funding strategies, as 74 percent of their current revenue comes from federal and state gas taxes. As cars have become more fuel-efficient, gas sales have fallen.

Construction of the I-83 South Bridge is expected to begin in 2024. Toll collection is expected to begin some time before that. At 61-years-old, PennDOT said the bridge is nearing the end of its serviceable lifespan and the expected cost to renovate it ranges between $500-650 million. The improvement project includes the total replacement of the bridge, widening of the bridge to five lanes in each direction and reconfiguration of the Lemoyne interchange on the West Shore.

The Pennsylvania Motor Truck Association pointed to findings by the American Transportation Research Institute (ATRI) on top truck bottlenecks that listed 7 Pennsylvania locations in 2020 including SR 581 at I-83 in Harrisburg. 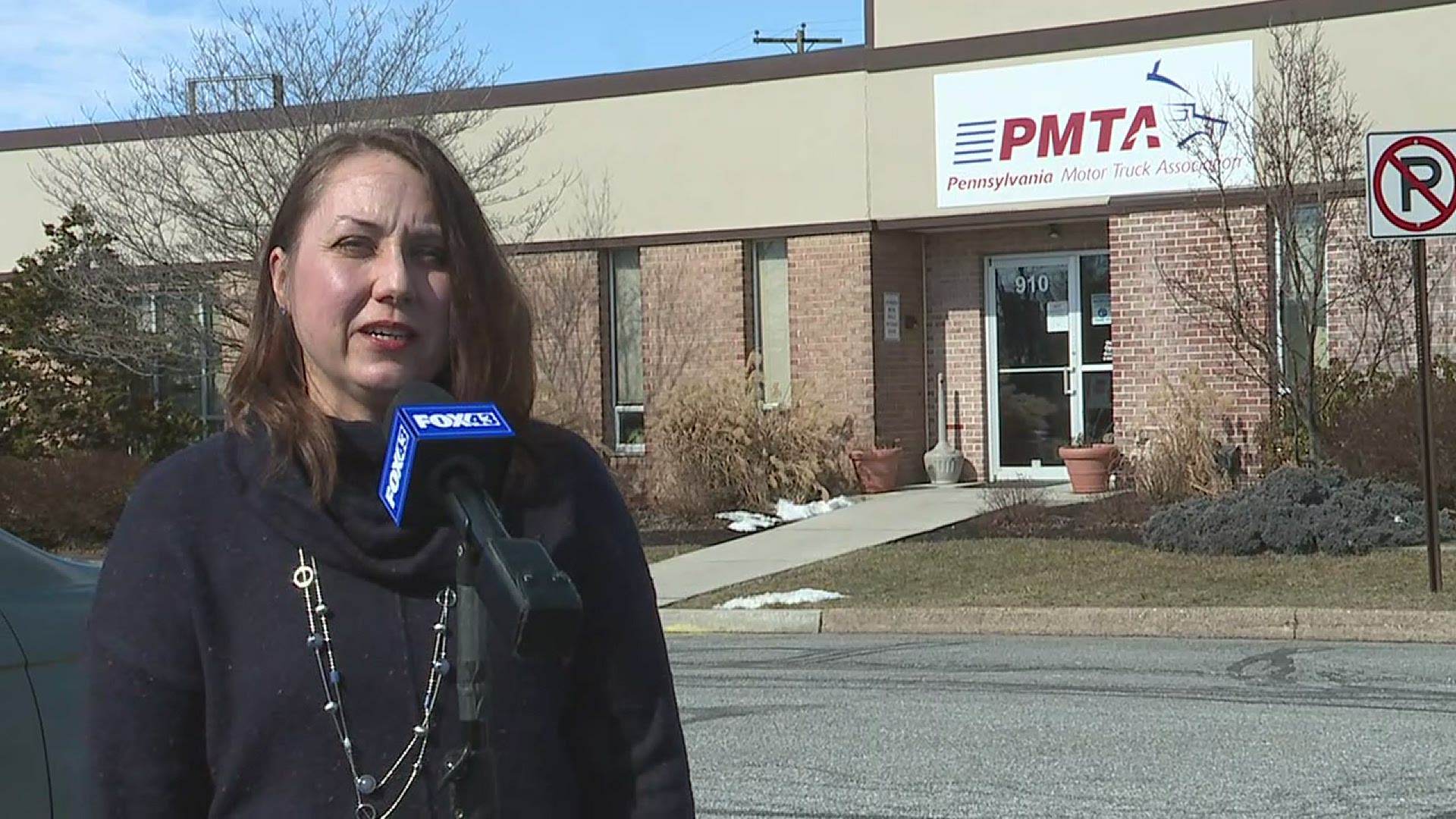 Oyler expressed concern that the proposed bridge tolls could only make those bottlenecks worse as drivers may try to attempt to avoid paying by diverting their route.

"We know that a lot of commuters and a lot of other traffic are going to try to avoid the toll," said Oyler.

The organization is encouraging its members to speak out against the proposal and write detailed information to PennDOT on how the proposed tolls could impact their businesses. A virtual presentation and public comment will be live from Feb. 18 to March 29. PennDOT will also hold a telephone town hall on March 16.

PennDOT claims the bridge tolls are needed to: