Pennsylvania ranked as second most dangerous state for winter driving, according to analysis

PENNSYLVANIA– The Commonwealth has been ranked as the second most dangerous state for winter driving. This is according to new analysis by MoneyGee... 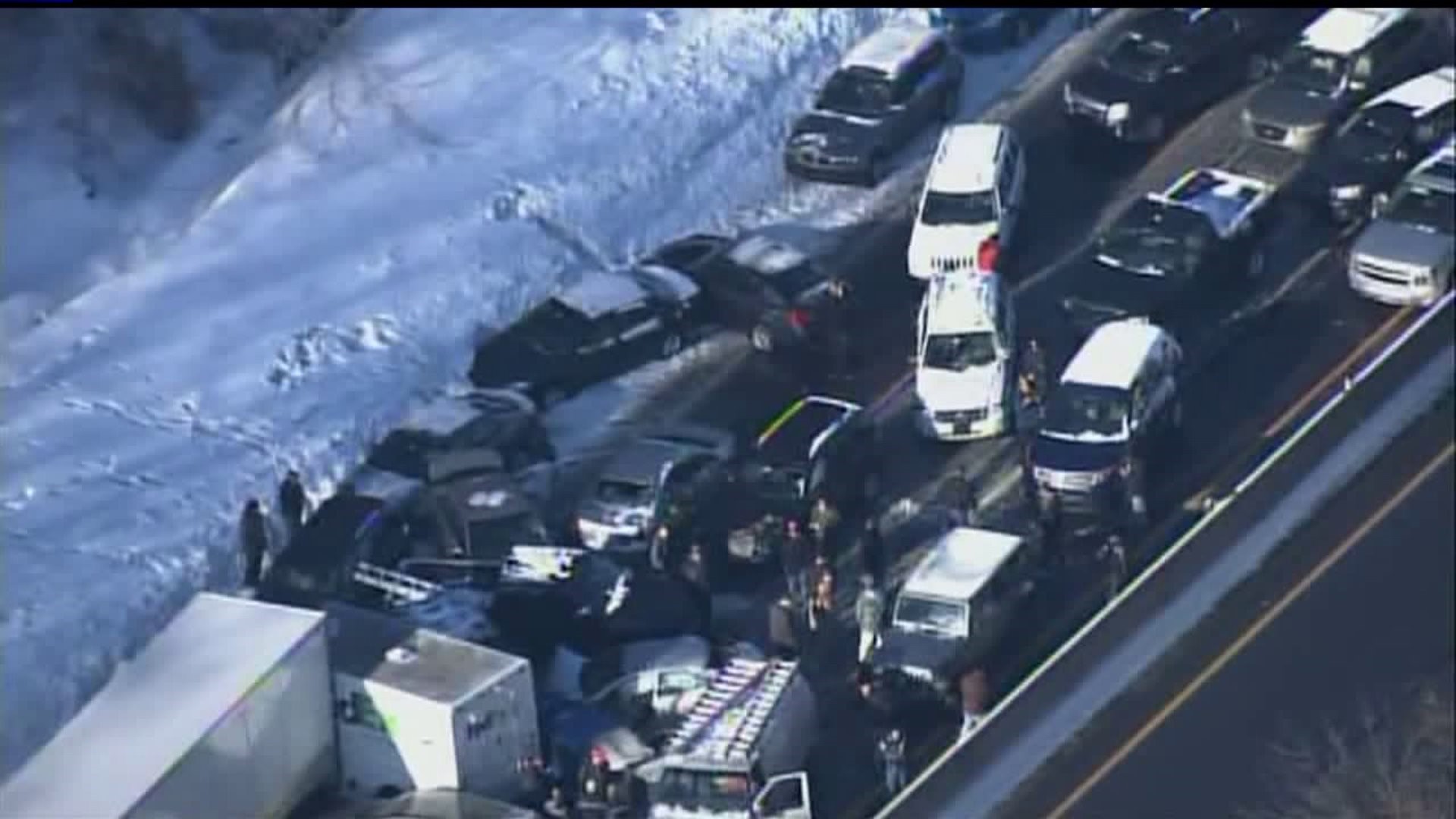 PENNSYLVANIA-- The Commonwealth has been ranked as the second most dangerous state for winter driving.

This is according to new analysis by MoneyGeek.

The U.S. Department of Transportation reports that almost 40 percent of weather-related crashes occur during snowy or icy conditions.

MoneyGeek reports that more than 1,300 people die and 100,000 others are injured in winter crashes every year. Snow and ice reduce friction with the pavement, limiting drivers’ ability to turn quickly, change speeds and stop.

The only state worse than Pennsylvania in terms of dangerous winter driving, per MoneyGeek, is Michigan.

The ranking is based on the average number of winter driving deaths per state based on data from NHTSA's Fatality Analysis Reporting System for 2015-2017.

For comparison, Michigan averages 49 deaths on the roads each winter, while Pennsylvania averages 30.

Among the other top 10 most dangerous winter driving states are a couple of Pennsylvania's bordering states, New York and Ohio.

Now, this probably comes as no surprise to many who have lived in Pennsylvania for years. In just the past few years alone, the Commonwealth has been plagued by several storms, causing massive impacts on the road.

On Valentines Day of 2014, heavy snowfall caused a 100-car crash along the Pennsylvania Turnpike in Eastern PA. The main wreck occurred on a 3 mile stretch of the eastbound lanes in Bucks County, north of Philadelphia. More than two dozen people were hurt.

In January of 2016, a historic blizzard produced up to 3 feet of snow across the northeast United States - including Pennsylvania. In Harrisburg, snowfall from the storm was reported as high as 30.2 inches - breaking the city's previous record snowfall of 25 inches, set in February 1983. An 86 mile stretch of the turnpike was shut down between the Breezewood and New Stanton interchanges in western PA. Around 500 vehicles were part of a massive 7-mile-long traffic jam along the Pennsylvania turnpike.
the heavy traffic remained an issue for days. At least 55 people were killed as a result of that storm, including 9 people in Pennsylvania.

In November of 2018, the first snow-fall of the season caused issues all across Central Pennsylvania. Parts of Interstate 83 were closed, causing major gridlock. The weather also put children at risk while they tried to get home from school. School buses in Elizabethtown, Lancaster County were forced to go back to their school with whatever remaining children were still on the bus.

For more on winter driving dangers and MoneyGeek's analysis, visit their website here.