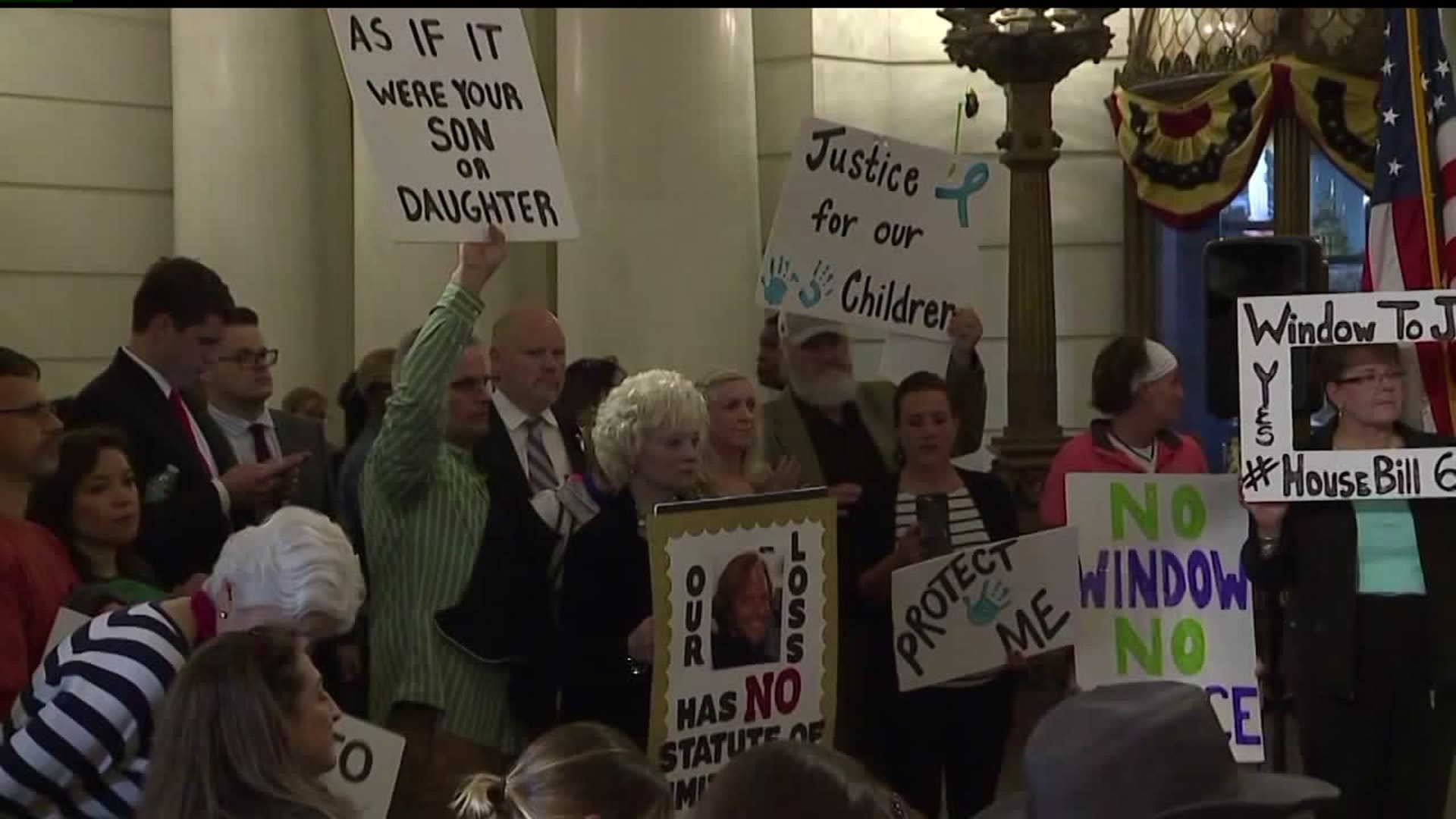 HARRISBURG, Pa. -- Fifteen months since a grand jury recommended Pennsylvania's legislature reform the commonwealth's statute of limitations reform laws, the state senate is expected Monday to begin the process of passing legislation which could eventually lead to sexual abuse survivors suing abusers and their organizations, like the Catholic Church, retroactively.

House Bill 963 would allow sexual abuse survivors a two year window to retroactively file lawsuits against their offenders and their organizations. Scarnati (R-Jefferson) has previously questioned its constitutionality in previous sessions. The current iteration of HB963, sponsored by Blair County Republican Jim Gregory, would seek to change the Pennsylvania Constitution and would need to pass through the legislature in consecutive sessions.

"My sister and I didn't even realize our abuse until just a few years ago," said Lara Fortney-McKeever.

Lara Fortney-McKeever along with her four sisters and niece say they suffered sexual abuse at the hands of a long-time trusted family priest.

"Every day we live with the triggers of what this has done to us," Lara Fortney-McKeever.

"[Senator Scarnati] supports moving all four bills," said his communication director Kate Flessner. "He would like to see them reach the finish line."

"This next week it does give us hope that he found his answers and will let it go to the floor," she added.

House Bill 962 would change the statute of limitation moving forward to allow victims until the age of 55 to file lawsuits against their abusers. Current law states child sex abuse survivors must sue by the time they turn 30.

"It's time, it's time in Pennsylvania to get on the right side of this," she said.