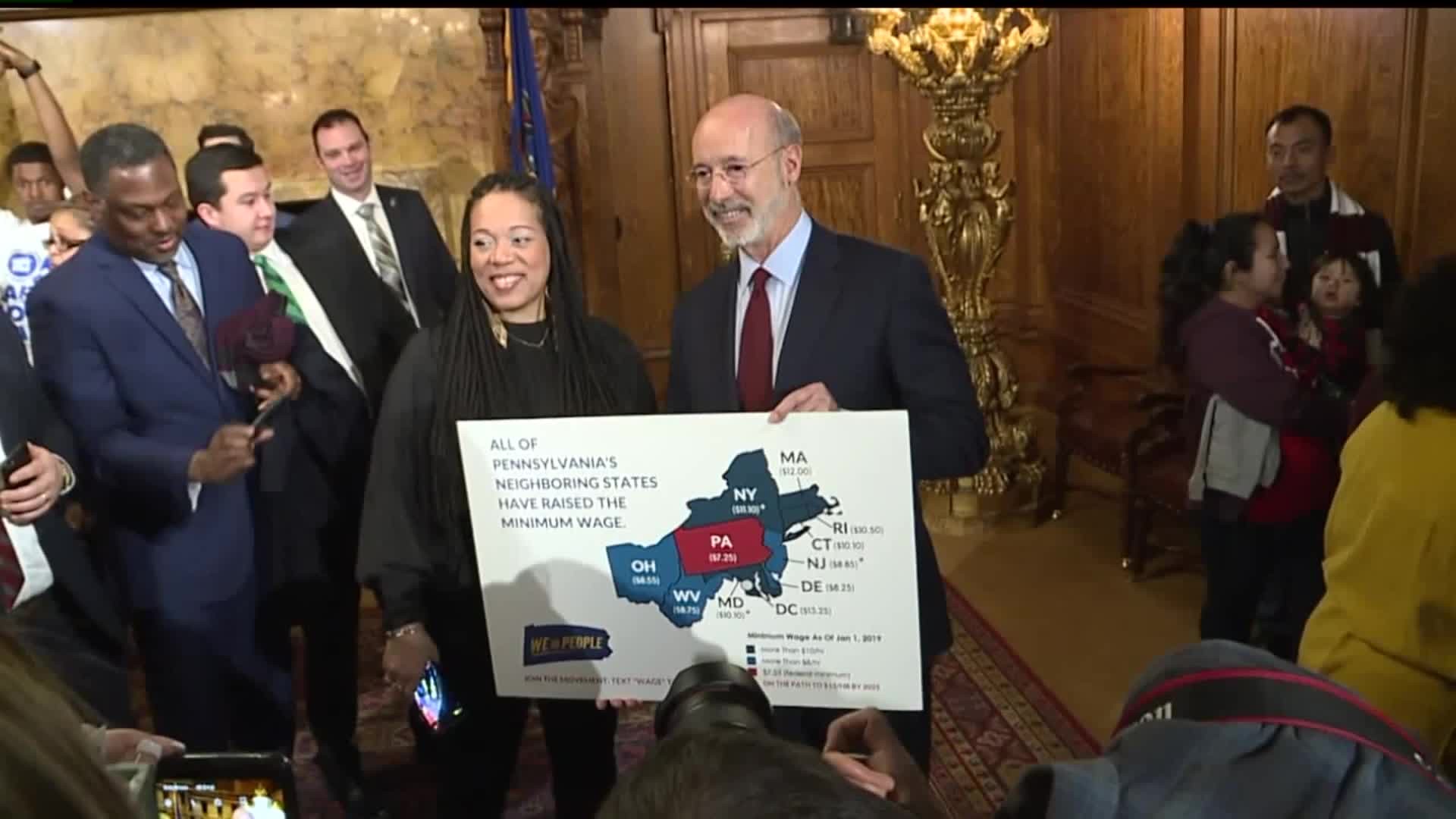 Pennsylvania's minimum wage currently stands at $7.25, which is also the federal minimum wage. The yearly salary with a $7.25 minimum wage would stand just over $15,000.

The General Assembly discussed a proposal last year that would bring the minimum wage to $9.50, but the legislation has not passed.

“There’s momentum to finally raise the wage, but momentum in the Capitol doesn’t put food on the table in workers’ homes,” said Governor Wolf. “Too many workers are still struggling to get by because Pennsylvania hasn’t raised the minimum wage in more than a decade. The cost of living goes up and Pennsylvanians wait as 29 other states, including all of our neighbors, raised the minimum wage for their workers.”

Pennsylvania’s minimum wage saw its last increase in 2009. In his statement, the Governor said 29 states have a higher minimum wage than Pennsylvania and 21 states are increasing the wage floor this year.

"Is this driving Pennsylvanians across our borders to work jobs in neighboring states? You bet," said Governor Wolf.

The Governor's plan calls for $12 an hour with 50 cent increases each year that would total to $15 an hour by 2026. The Governor claims under the plan nearly 93,000 adults will leave Medicaid and the workers will generate more than $300 million in state tax revenue in 2026.

But, republican Rep. Torren Ecker said republicans want to make sure the state is not picking any arbitrary number. He wants to make sure wherever the minimum wage stands that it will also keep businesses coming to the state.

"I don't know why 15 is the magic number for the Governor," said Ecker. But, he said, he doesn't know what that magic number is. "Our focus as republicans in the republican House and legislature is to pass bills with bipartisan support to give people the tools to get out of these minimum wage jobs."

Ecker added it is important to listen to the market when having these conversations. And, he acknowledges right now many businesses are $7.25, but rather much higher.

"The fact of the matter is not a lot of people are paying minimum wage right now anyway," said Ecker.

The Governor is also calling for new overtime rules to be approved by the Independent Regulatory Review Commission January 31st that would overtime pay to most full-time salaried workers in executive, administrative, and professional jobs if they make less than $45,500 by 2022.