YORK COUNTY, Pa. — It’s the time of year where drivers start to see a increase in deer activity along Pennsylvania roadways. With Daylight Saving th... 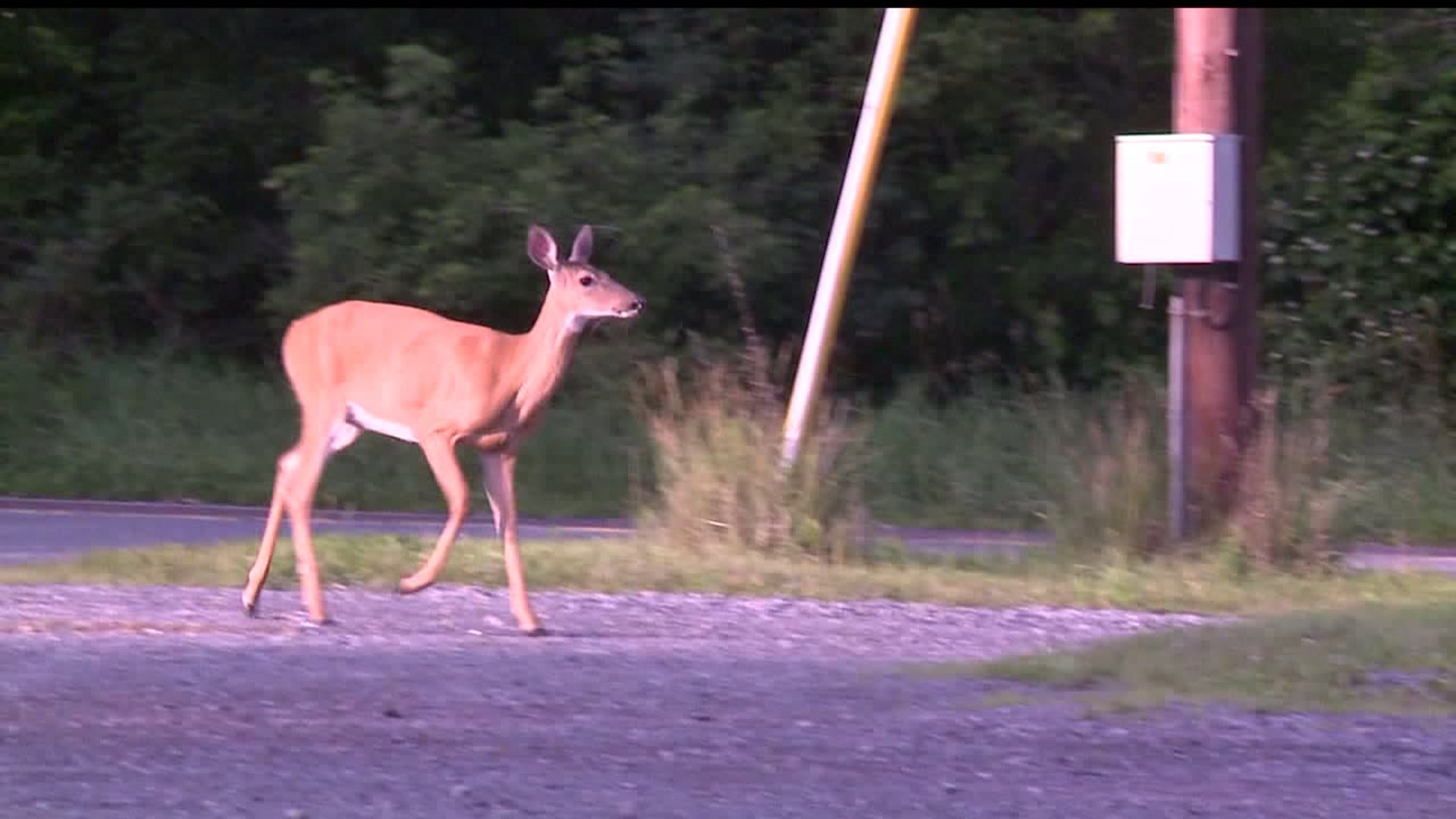 YORK COUNTY, Pa. -- It's the time of year where drivers start to see a increase in deer activity along Pennsylvania roadways.

With Daylight Saving this weekend, the PA Game Commission has a new warning out for motorists.

The PA Game Commission tweeted, with deer becoming increasingly active and daylight saving time will soon put more vehicles on the road during the hours were deer move most.

According to the PA Game Commission deer activity starts to go up in the Fall, which leads into their breeding season, often referred to as the rut.

They say during this time many bucks will travel in search of does, with some going several dozen miles away to a new area.

When Daylight Saving Time ends on November 3, the PA Game Commission says there will be an increase in vehicular traffic between dusk and dawn-- which happen to be peak hours for deer activity.

The PA Game Commission says State Farm puts out  report every year on the likelihood of a deer related crash, PA often nears the top of that list. This year Pennsylvania comes in at third. They say PA drivers have a 1 in 52 chance of experiencing a collision with a deer or large animal.

Officials urge drivers to stay alert and slow down, pay attention to deer crossing signs because they are often put in areas where deer is more common, and remember deer travel in groups. If you see one, there is most likely another one behind it.

The Executive Director of the PA Game Commission said it's important to always be alert, but these next few weeks are important.