HARRISBURG, Pa. – More than 500,000 people will visit the farm show and spend tens of millions of dollars. It has a big economic impact for agriculture an... 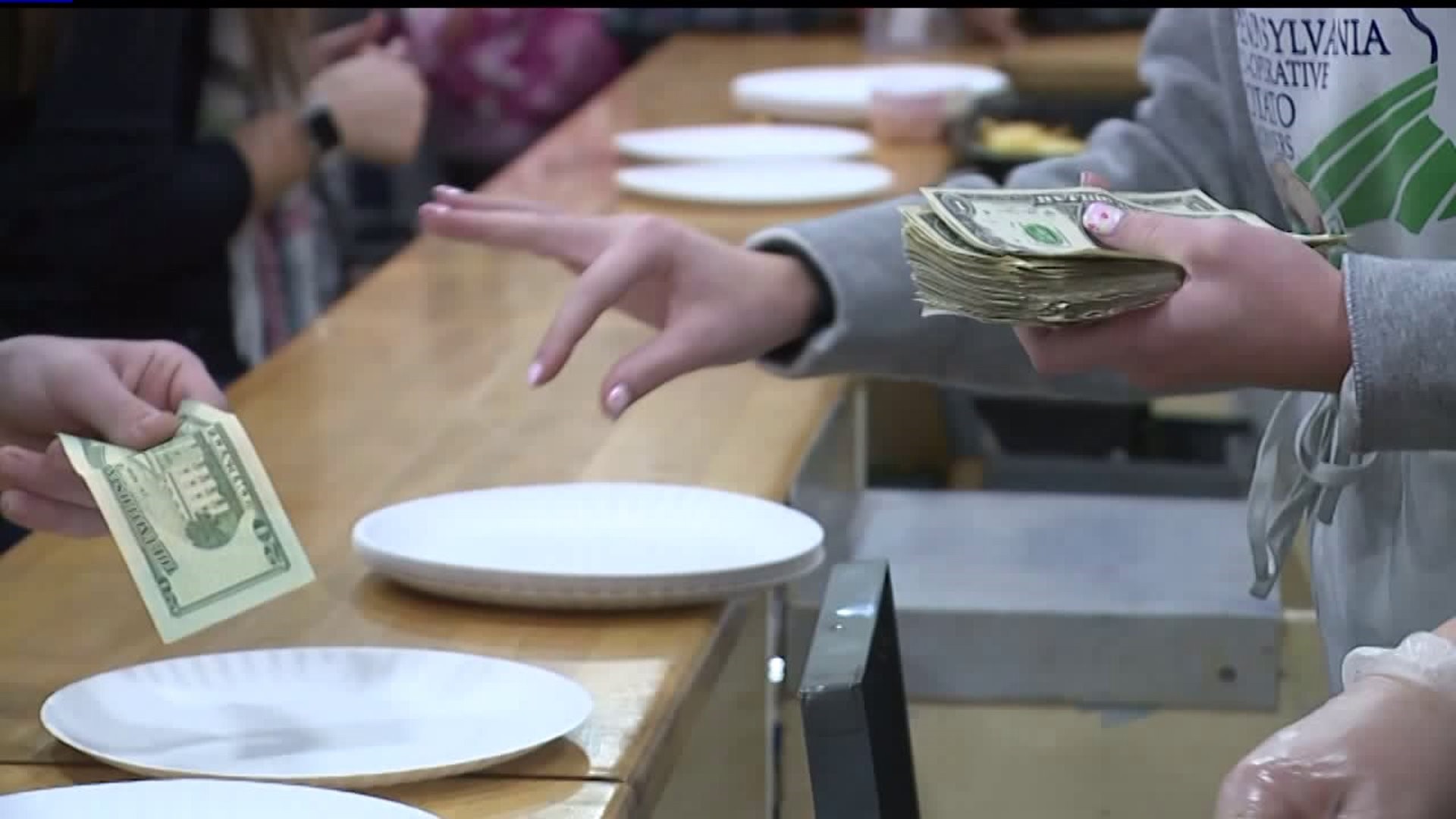 HARRISBURG, Pa. - More than 500,000 people will visit the farm show and spend tens of millions of dollars. It has a big economic impact for agriculture and the community.

The food court in the Giant Expo Hall is one of the biggest and busiest attractions at the Farm Show. If you visit during lunch or dinner and you'll be stuck waiting in long lines for some of the show's most popular items.

The Pennsylvania Cooperative Potato Growers booth was packed around noon Friday. Visitors wanted to get their hands on french fries, baked potatoes, or potato donuts. The booth sells about 36,000 potato donuts a day for a total of about 300,000 for the week. It also sells 6 tons of baked potatoes and 12 tons of french fries. The money raised will go toward research and development of potatoes in Pennsylvania.

And what's the farm show without a milkshake or cheese cubes from the Pennsylvania Dairymen's Association? Let's just say a lot of dairy is needed to make these products available throughout the week.

“If I take an average dairy cow heard in Pennsylvania it takes them about 23 days to make enough dairy product to fulfill the demands from our cheese cubes and milkshakes here," said Dave Smith, Pa Dairymen's Association Executive Director.

Twenty thousand gallons of ice cream product will be used for the milkshakes and 7,300lbs of mozzarella for cheese cubes.

“It’s really cool for me to see us sell some milkshakes, make some people happy," said Smith. "And we’re earning some money we are going to give back to the community.”

All together, the farm show has an economic impact of about $80 million. That's money being spent on the farm show but also on items like hotels and gas.