Officials: Pilot nowhere to be found after small plane crash in York County

YORK COUNTY, Pa. — A small plane crash in York County has Federal Aviation Administration investigators stumped after the pilot was nowhere to be found. O... 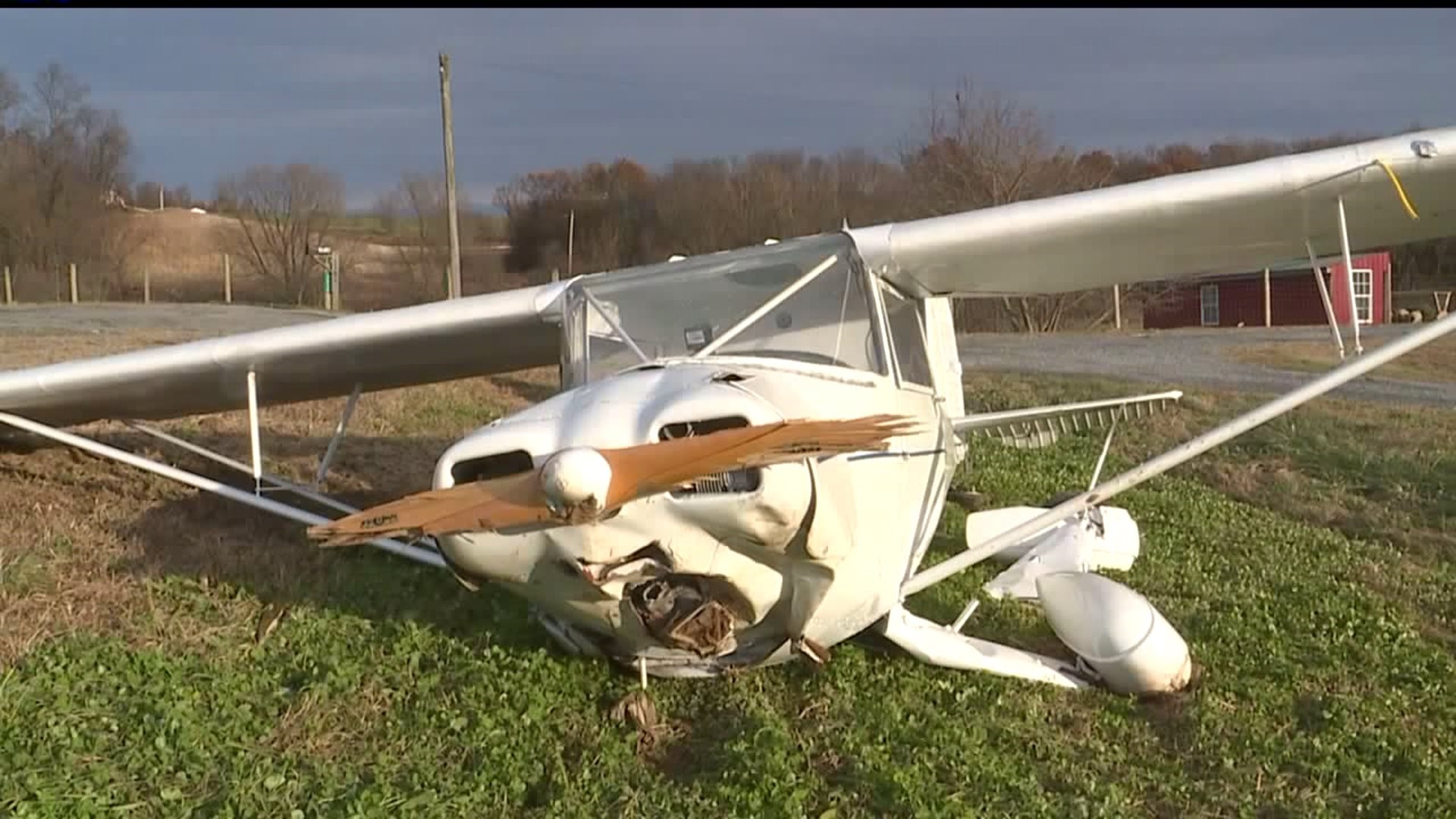 YORK COUNTY, Pa. -- A small plane crash in York County has Federal Aviation Administration investigators stumped after the pilot was nowhere to be found.

Officials say a 1940's single-engine plane crashed just outside of Baublitz Commercial Airport in Brogue on Tuesday, about 300 feet away from a farmhouse with people inside.

Robert Good, who works on the farm, says the pilot knocked on the owner's door before asking for help to move the plane down the hill, along Warner Road.

"The Amish helped pull the plane where it is right now," Good said.

Good and others saw the man walk up the hill toward the airport to make a call for a cab, but that was it. They haven't seem him since.

"He evidently was not hurt, I mean, obviously," added Good.

Officials are calling the circumstance surrounding the crash "strange," and State Police haven't been able to confirm any records of 911 calls.

While the pilot's identity has not yet been released, public records show the plane is owned by Douglas Jones, a lawyer from Bel Air, Maryland.

FOX43 reached out to airport officials for comment, but have yet to hear back.

For now, the FAA is continuing its investigation. It's unclear if the pilot will face any charges or fines once he is located.