COLUMBIA, LANCASTER COUNTY — We’re learning more about how officials say the Saturday morning fire that killed a 20-year-old Columbia woman and her ... 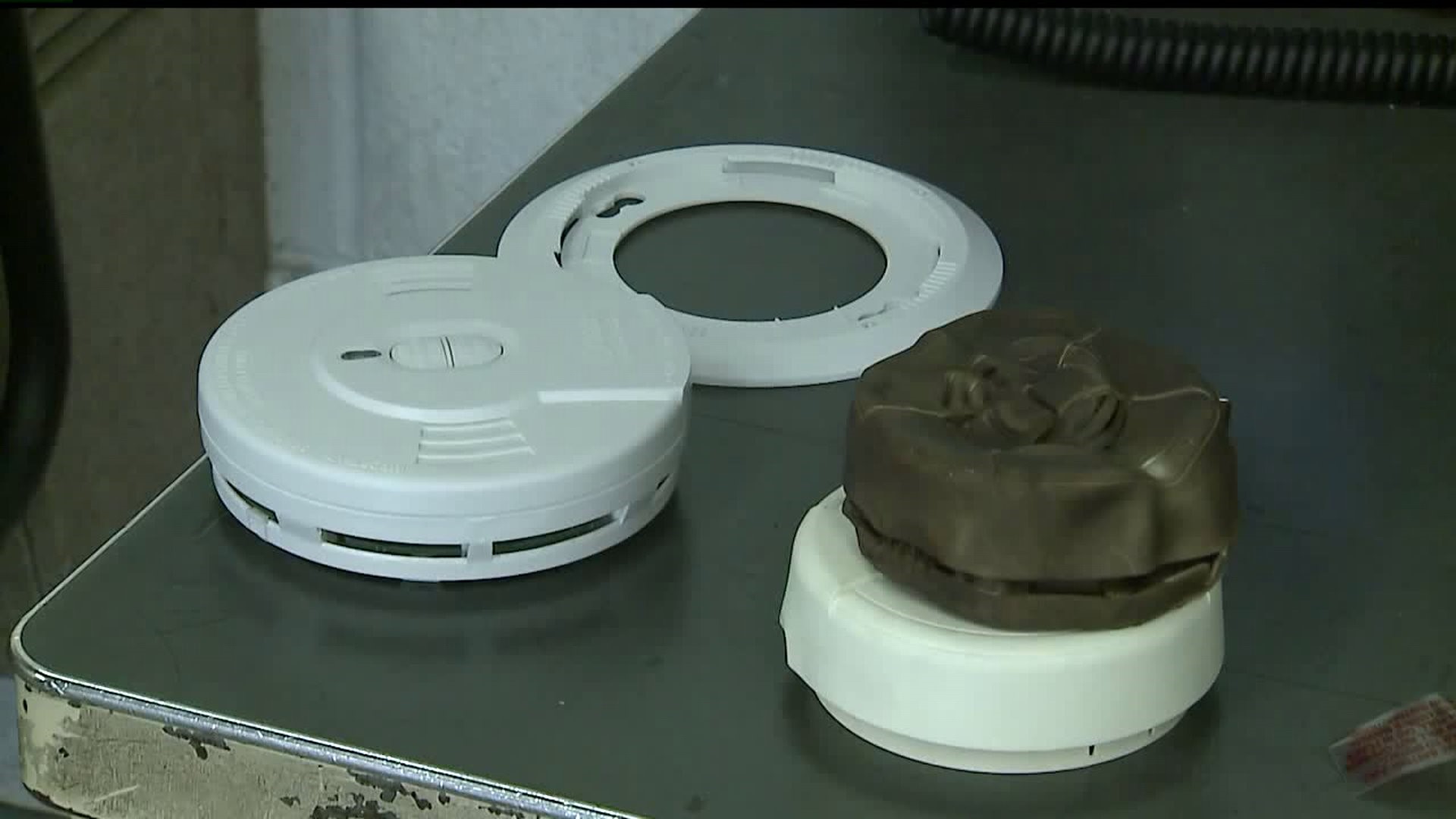 COLUMBIA, LANCASTER COUNTY -- We're learning more about how officials say the Saturday morning fire that killed a 20-year-old Columbia woman and her two-year-old daughter could have been prevented.

Columbia Borough Fire Chief Douglas Kemmerly told FOX43 Monday that the home on the 200 block of South Second Street had just one smoke detector, and it wasn't working at the time of the fire.

As family and neighbors mourn the loss of two young people, Kemmerly and Columbia Borough's Department of Codes are trying to figure out why the detector didn't sound.

According to Kemmerly, the battery inside the detector had "enough juice"; firefighters also found it mounted on a wall inside the home.

According to Paul Paulsen, a spokesperson with Columbia Borough's Department of Codes, the dwelling did not have enough smoke detectors. The last inspection in April, 2019 showed all smoke detectors were present and working.

Paulsen added there is a fine for non-present or non-working smoke detector @ $25.00/detector. He said he could not comment on if anyone would be fined.

"My bedroom window is right there at the top, and I look out my widow, and I know there was a horrible thing over there," neighbor Nashawna Herchelroth told FOX43.

“All of a sudden the smoke was billowing out all four of the windows, and it was coming out the neighbors and every roof of one of these houses," said Robert Dorrett, a neighbor.

Firefighters arrived in minutes and did what they call "a 360" of the home.

“I could hear the crackling of the fire from inside the home, but I didn’t hear any smoke detectors from the exterior, which is really unusual," Kemmerly told FOX43.

Even in extreme heat, he said, it should have pierced through the row home’s walls.

“It goes off. Three beeps. You let go of the detector it stops beeping," he explained during a test of the same model of detector Monday morning.

Kemmerly said people should test their detectors once a month.

“Our codes requires one in every bedroom as well," he said. "It was a three bedroom home, so they needed a total of seven smoke detectors by code inside this house, and they had one that wasn’t working.

“A 25-dollar smoke detector that would be working could’ve changed the lives of two beautiful people. It’s horrible, especially when we give them away for free."

Investigators determined that the cause of the fire was an accident. Kemmerly said a trashcan placed on top of the kitchen stove ignited, but right now, officials cannot say why.

In the meantime, Kemmerly warned, people should not place things on top of their stoves.

Kemmerly adds the fire has something in common with other deadly fires in the borough. He says none of those houses had working smoke detectors either.

The chief reminded Columbia residents that firefighters give out smoke detectors for free. They also test and install them for homeowners as well.