HARRISBURG, Pa. – Some survivors of child sex abuse are lobbying state lawmakers to not support one of the statute of limitation reform bills expected to ... 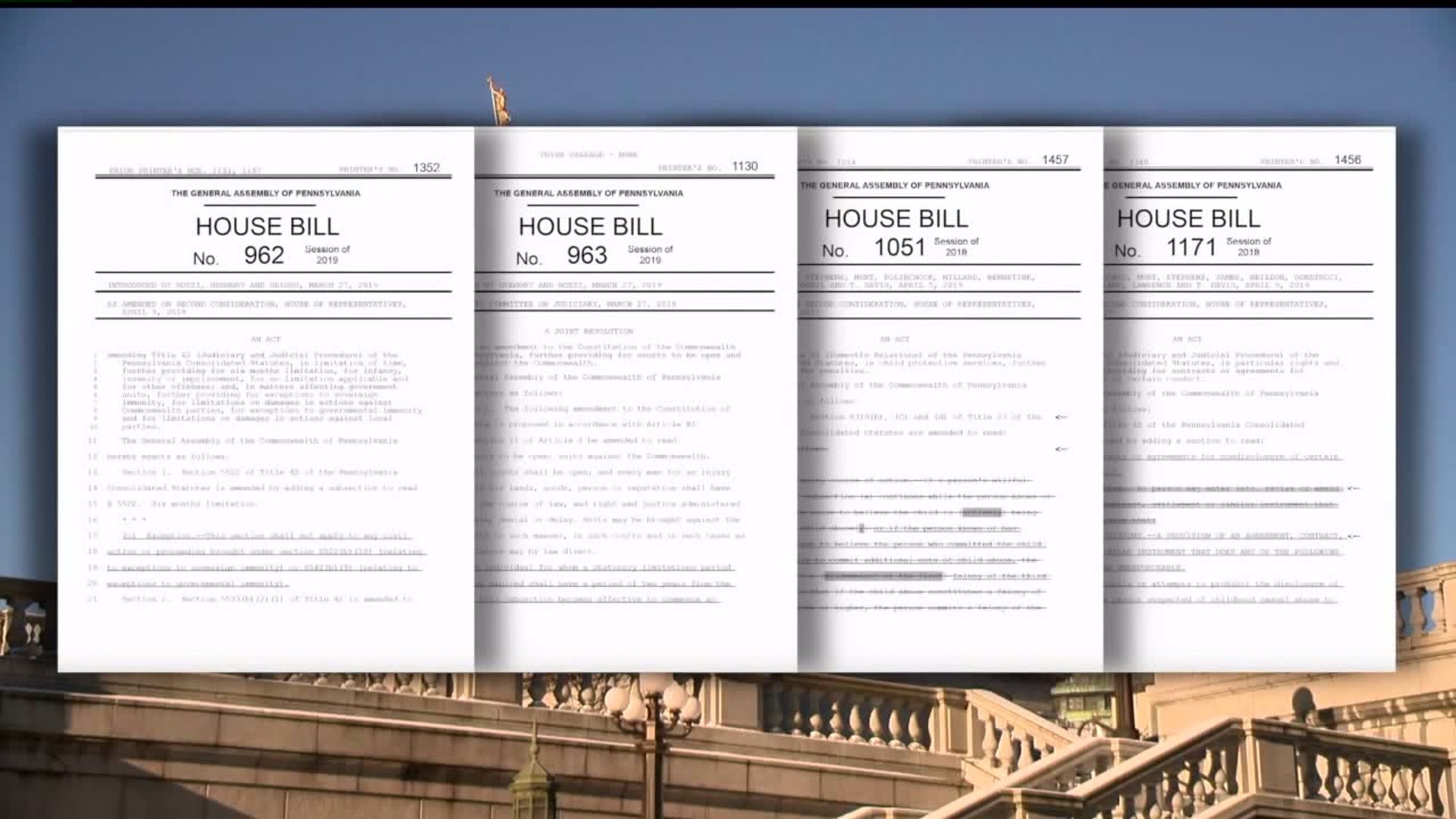 HARRISBURG, Pa. - Some survivors of child sex abuse are lobbying state lawmakers to not support one of the statute of limitation reform bills expected to be voted on by the senate Wednesday. The legislation would let voters decide if child sex abuse survivors should be given a two-year retroactive window to file civil and criminal suits against their abusers.

It all comes down to time. Some survivors tell FOX43 creating a ballot referendum is risky and is telling survivors they have to wait a couple years longer to get justice.

“I’m tired of having to be here," said Taylor Ecker, a survivor of child sex abuse. She's been fighting at the State Capitol for statute of limitations reform for four years.

“How many times have I had to tell my story to deaf ears," asked Ecker.

With four statute of limitations reform bills passed out of their respective committees Monday, headed to the floor for a vote, it seems now lawmakers are closer than ever to passing this legislation. But, these survivors spent Tuesday urging lawmakers to vote no.

“This is triggering, this is too much and this will be continued," said Ecker. "I’m tired."

“They feel like they are once again given the back of the hand by lawmakers who just don’t care," said Marci Hamilton, CEO of Child USA.

Some survivors and their supporters tell me they have a problem with HB963 which would change the state's constitution to create a retroactive two-year window for survivors to sue their abusers if it passes a ballot vote. Which they say will take too long and is too risky.

“A constitutional amendment and we would argue that the amendment could be derailed again 100 different ways," said Kathryn Robb, Child USAdvocacy Executive Director. "It’s not a guarantee, it's a long process. It’s very risky.”

However, sponsors of the bill say a constitutional amendment is the only way to go in fear passing it into law by the general assembly would be deemed unconstitutional. Yet, many other states including Delaware, New Jersey, and New York have passed a retroactive window without changing their state's constitution.

“Let’s just do what’s right for the victims," said Hamilton.

Hamilton tells FOX43 she'd like Pennsylvania to follow Delaware, which has eliminated statute of limitations for criminal and civil suits for child sex abuse victims and passed a two-year retroactive window.