No cash at PA Turnpike? No problem, but not all drivers are happy about cashless tolling 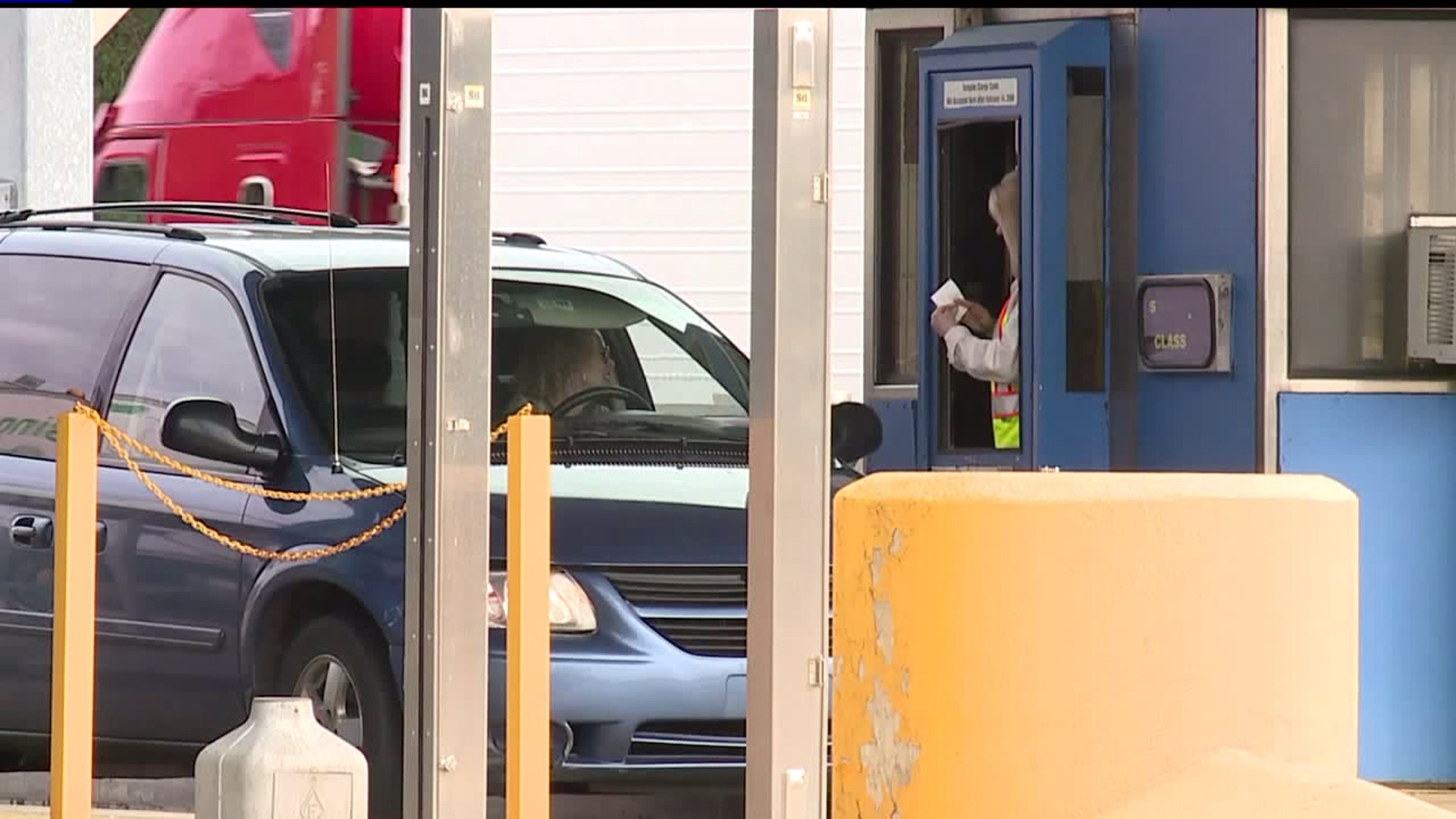 While some people are excited that things will move quicker at the toll plazas, no more waiting for people to rummage through their wallets for cash, others think it could cause problems and question who will be around to solve them.

No cash? No problem as the Pennsylvania Turnpike transitions to cashless tolling.

"I use E-ZPass now, so yeah, it doesn’t bother me," said Ron Stahl of Lancaster.

"That’s not unusual. It’s that way in other parts of the country," said Paul Curtis of Bucks County.

Not everyone is happy.

“Going cashless can control the way people spend money, and I don’t agree with it," said Mark Ulsh of Annville, Lebanon County.

“A lot of places are going online, and it just takes away the personal feel from it," explained a woman from Lancaster.

600 jobs will be eliminated in the process.

“All the people losing their jobs. That’s what bothers me," said Judy Wagner of Tremont.

While drivers will still be able to pay tolls using E-ZPass, some worry who will help if something goes wrong?

“To me, you need somebody there to man things a little bit because, half the time, mine doesn’t work," added Stahl.

If you don’t have E-ZPass, a machine will take a photo of your license plate, and a bill will be sent through the mail.

“The E-ZPass people fly through any way, so then, you got to watch at the other end, when people come through, try to merge in a different lane," explained Stahl.

Some say it could always be worse.

“It's better than Illinois; you go through their turnpike, and you got to stop and throw money into a kiosk every ten miles. If you ever drove the Illinois turnpike, you’ll appreciate the Pennsylvania Turnpike," laughed Ulsh.

“I don’t see it as a bad thing. It’s unfortunately, technology is taking over a lot of things," added Curtis.

The Turnpike Commission claims agencies that already do it find it quicker, safer, more convenient for their customers and better for the environment. Officials hope there is less stopping and waiting meaning faster commutes and less vehicle emissions.

It will still be more affordable in the long run to have an E-ZPass. Those who opt out will receive bills in the mail and will be able to pay those fees by mail, over the phone, or online.