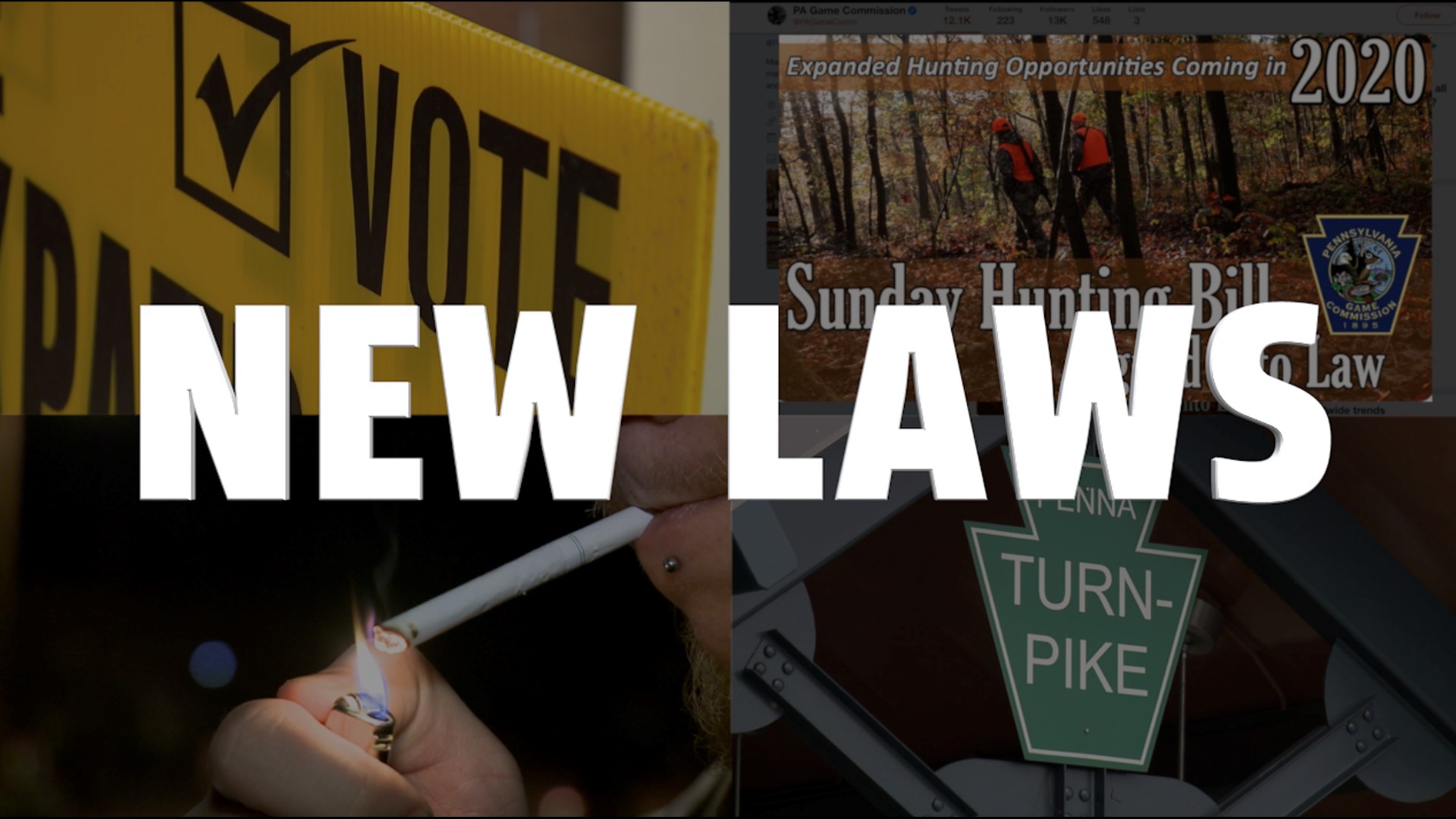 Several laws in Pennsylvania will go into effect in 2020.

Here are some that may impact you:

Voting in Pennsylvania will change a bit this year

Act 77 goes into effect during the April primaries. PA voters will no longer be able vote a straight-ticket for a political party.

That's when someone can vote for everyone in a single political party with just one button.

You can still vote for everyone in a single political party, but you can no longer do it with one button.

Also, every county in Pennsylvania must use voting machines that produce a paper trail.

Dauphin County was the last county to vote to buy the new machines.

Registered voters will also have an option to mail in a ballot, called "no excuses voting."

They can do that up to 50 days before an election.

Hunters can head into the woods on three Sundays this year.

Governor wolf sign a bill into law that will add one Sunday hunting during deer rifle season, one during deer archery season and another Sunday that will be chosen by the Pennsylvania Game Commission.

People under the age of 18 will no longer be able to buy tobacco or vaping products in the commonwealth.

That law that increases the age to 21 officially goes into effect in July.

There is also now a federal law that increases the age to buy tobacco from 18 to 21.

While not a law,  you can expect to pay more on the Pennsylvania Turnpike.

For the 12th year in a row, the PA Turnpike Commission approved a toll hike.

A six percent increase goes into effect on Sunday, January 5th for all but 3 cashless toll facilities.