Clean needle exchange programs have a long history on the federal level. In 2009, the House voted to remove the ban on providing federal funding for syringe exc... 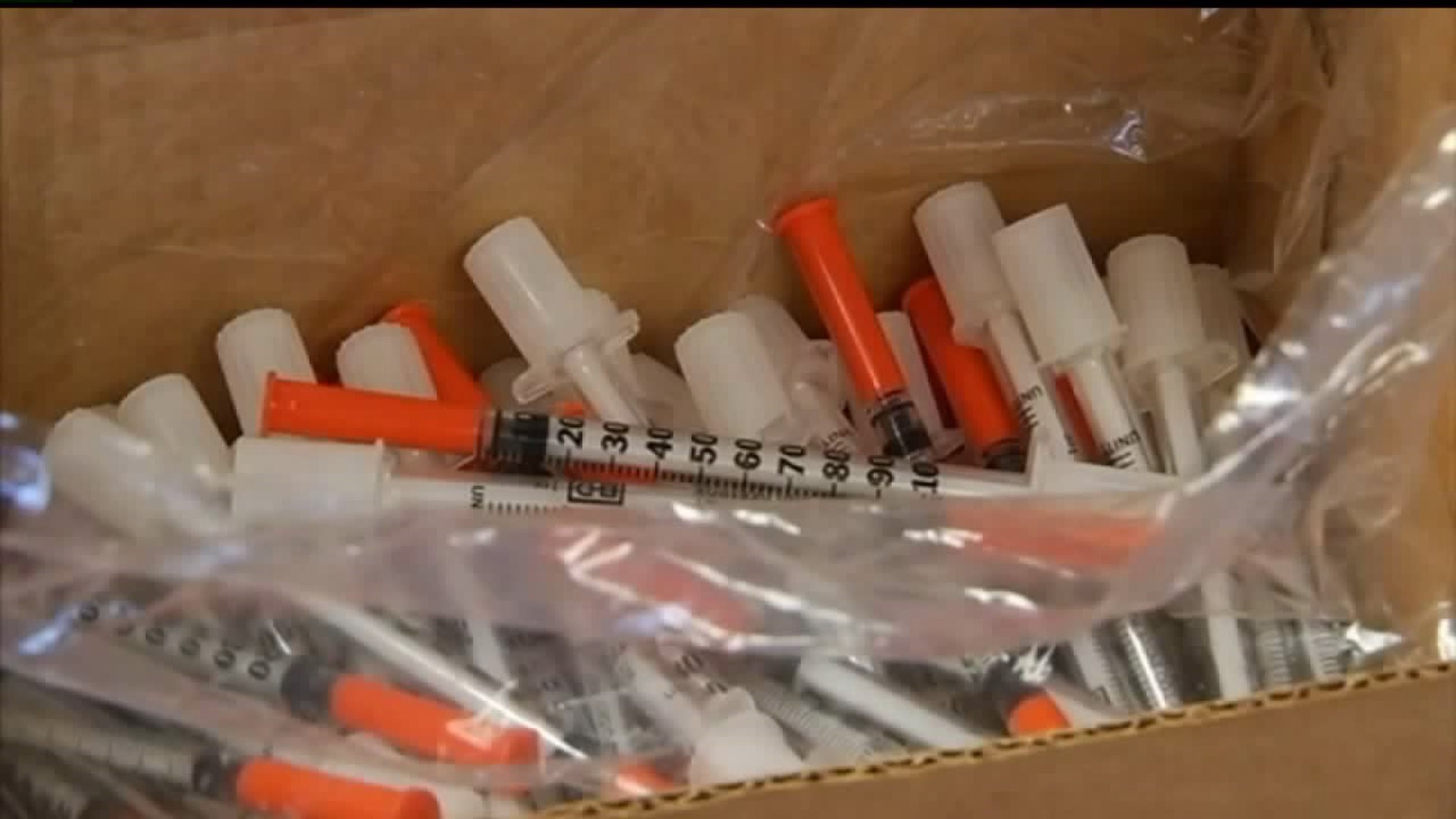 Today, businesses affected by needle use are also taking steps to limit risk. Many Starbucks stores across the country now have needle-disposal boxes in their bathrooms. Starbucks made the decision early this year after workers kept finding blood and discarded needles in bathrooms.
A Starbucks spokesperson says this move ensures that employees aren't exposed to hazardous health concerns.
This comes after more than 37,000 Starbucks workers signed a petition asking for the boxes. The locations that received the boxes were determined based on foot traffic and other factors.

And in 2017, Sheetz rolled out blue bathroom lighting at one of its locations in Western Pennsylvania. It`s a tactic the convenience chain is using to try and prevent drug use in their bathrooms. A Sheetz spokesperson says the blue lighting can make it difficult for drug addicts to find their veins while they`re inside. Some doctors, however, say they have doubts about the initiative - arguing that drug users can feel for their veins even when they can't see them.

All of these programs should not be confused with safe injection sites. Safe injection sites are medically supervised facilities that are designed to provide a sterile environment where people are able to consume drugs intravenously. The goal of the sites is to further limit overdose deaths and some diseases. As of today, there is a site in Philadelphia and a few throughout Canada. Other sites that have been proposed here in the U.S. include San Francisco, New York, Seattle, Denver, and Boston.