David Forney, 22, is the second US Naval Academy midshipman that has died in two weeks. He was an offensive guard for the Navy football team and Georgetown Prep. 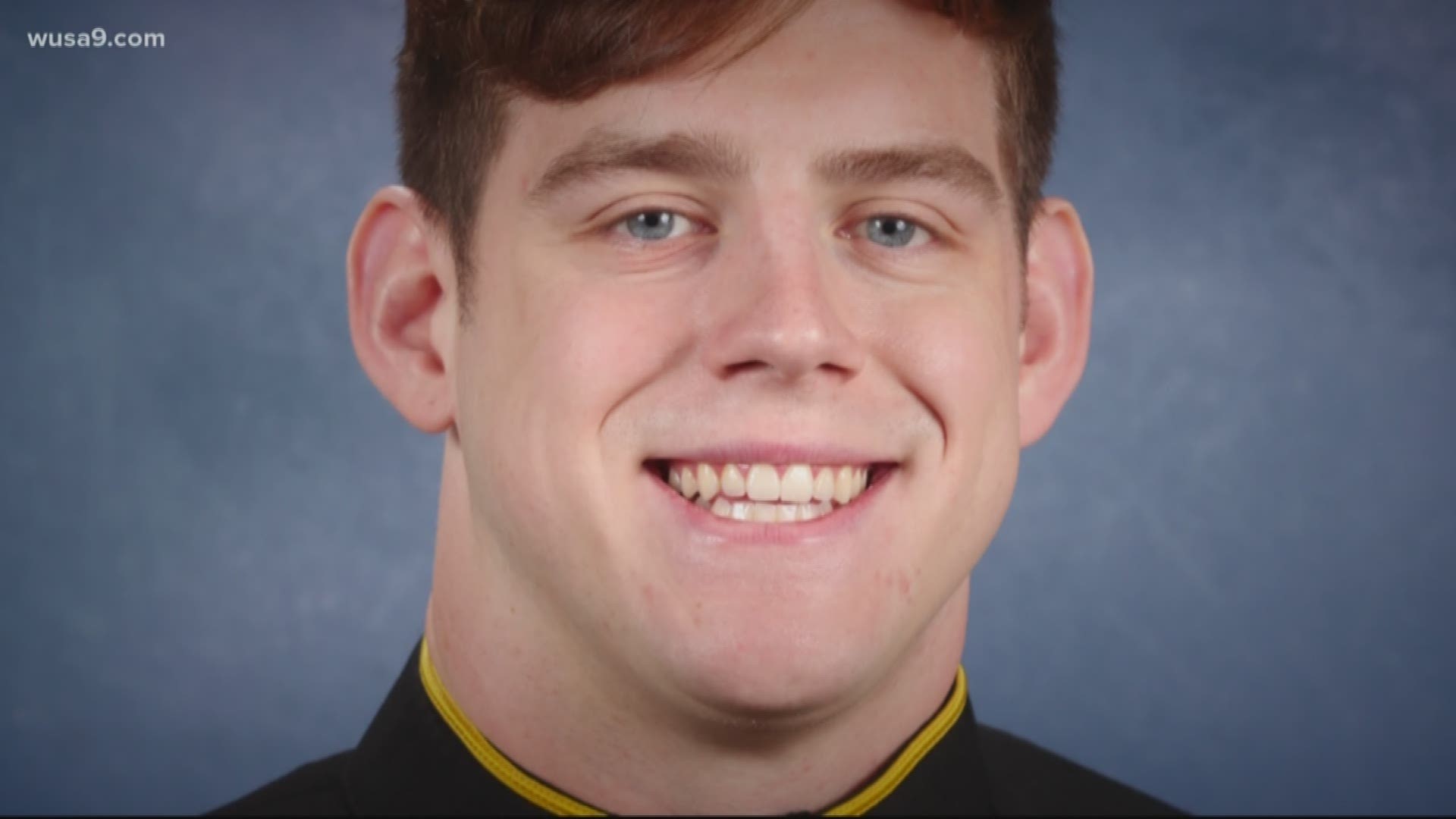 ANNAPOLIS, Md. — Naval Academy midshipman and football player David Forney, 22, was found dead in a residential hall on base in Annapolis Thursday night, Navy officials said. Forney was an offensive guard for the Navy Football team.

Officials said emergency services transported Forney from his dorm in Bancroft Hall to Anne Arundel County Medical Center, where he was pronounced dead at 11:28 p.m.

Faculty, staff, coaches, and members of the Naval Academy were notified of Forney's passing on Friday morning.

News quickly spread to his former teammates and coaches at Georgetown Prep, where he played on the Varsity football team for three years, according to the high school.

Paro said he first met Forney when he visited the school in eighth grade and immediately formed a bond that has lasted to this day.

“He epitomizes what an offensive lineman is," said Paro, over the phone. "You could always count on him, and he was the heart and soul of what the team was and certainly what his relationships were outside the field.”

The team said he started in all 13 games his senior year and played a total of 39 consecutive games during his stint on the team.

The Academy said Forney was scheduled to graduate on May 22 and had been assigned to commission as a cryptologic warfare officer.

Counseling services and support from the Naval Academy will be provided to the midshipman's family, friends, and members of the academy, officials said.

"Words cannot express our pain and sorrow," Navy head football coach Ken Niumatalolo said. "First and foremost, our deepest condolences to the Forney family. The Navy Football Brotherhood is not a team, we are a family. We are devastated to have lost one of our brothers. We all loved — and will always love — David. We pray for strength during this most difficult time."

Navy Football officer representatives Navy Capt. Timika Lindsay and Marine Corps Col. Jeffrey Smitherman said Forney was a passionate football player who inspired and encouraged others on and off the field.

“He was a good football player, a great football player, but he was a better person, and he took that character he showed on the field and brought to life," Paro said. "I think that’s why we’re all shedding tears and trying to find a reason why this happened.”

Forney is survived by his parents, Erika and Rick, and his three siblings, Chris, Rebekah, and Erik. A family friend has also started a GoFundMe page to help assist the Forney's in their time of need.

The cause of death is being investigated. Officials do not suspect foul play.

“The lessons he taught us will always be with us, and he made a difference each and every day," Paro said. "And, I’m very blessed to have spent a great deal of time. And I loved David dearly, dearly, as does everyone.”

This is the second midshipman that has died at the Naval Academy in just two weeks.

RELATED: Midshipman who died has 2 brothers still at the Naval Academy, including a twin

The Naval Academy said Duke was rushed to Anne Arundel Medical Center, where he died around 12:30 p.m.

Duke was enlisted in the academy alongside his two brothers Dylan and Jake.

"I am honestly able to say he was friends with everyone and uplifted those around him. Due to his calm and loving personality, he will be especially missed in the 24th company," 24th Company Officer Lt. Sara Lewis said. 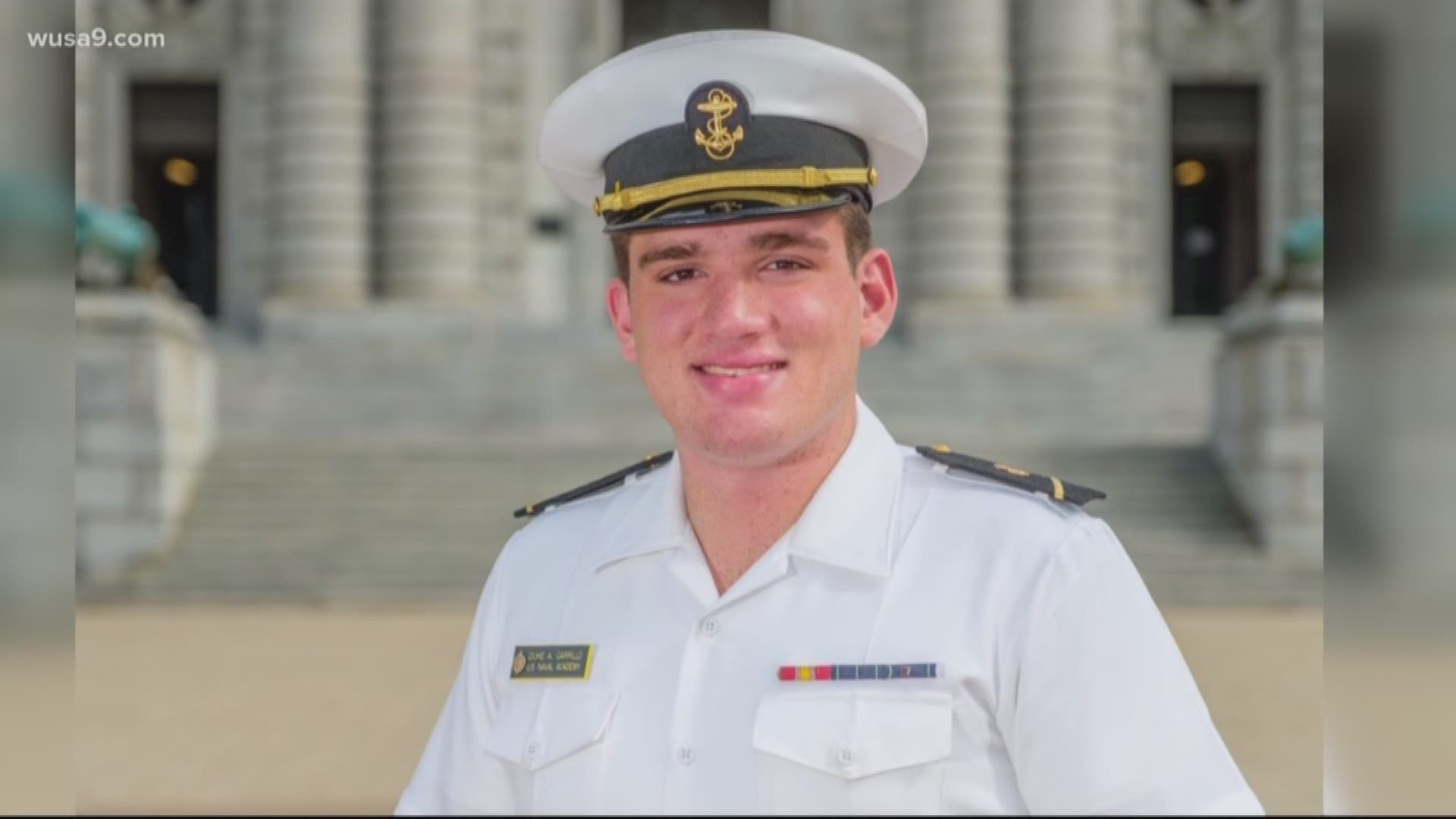