Report shows more service members die in training than in combat. How one family is seeking change after losing their son

The training deaths include those killed in military vehicle rollovers. WUSA9 investigates the story of one local Marine, whose family is fighting to protect others. 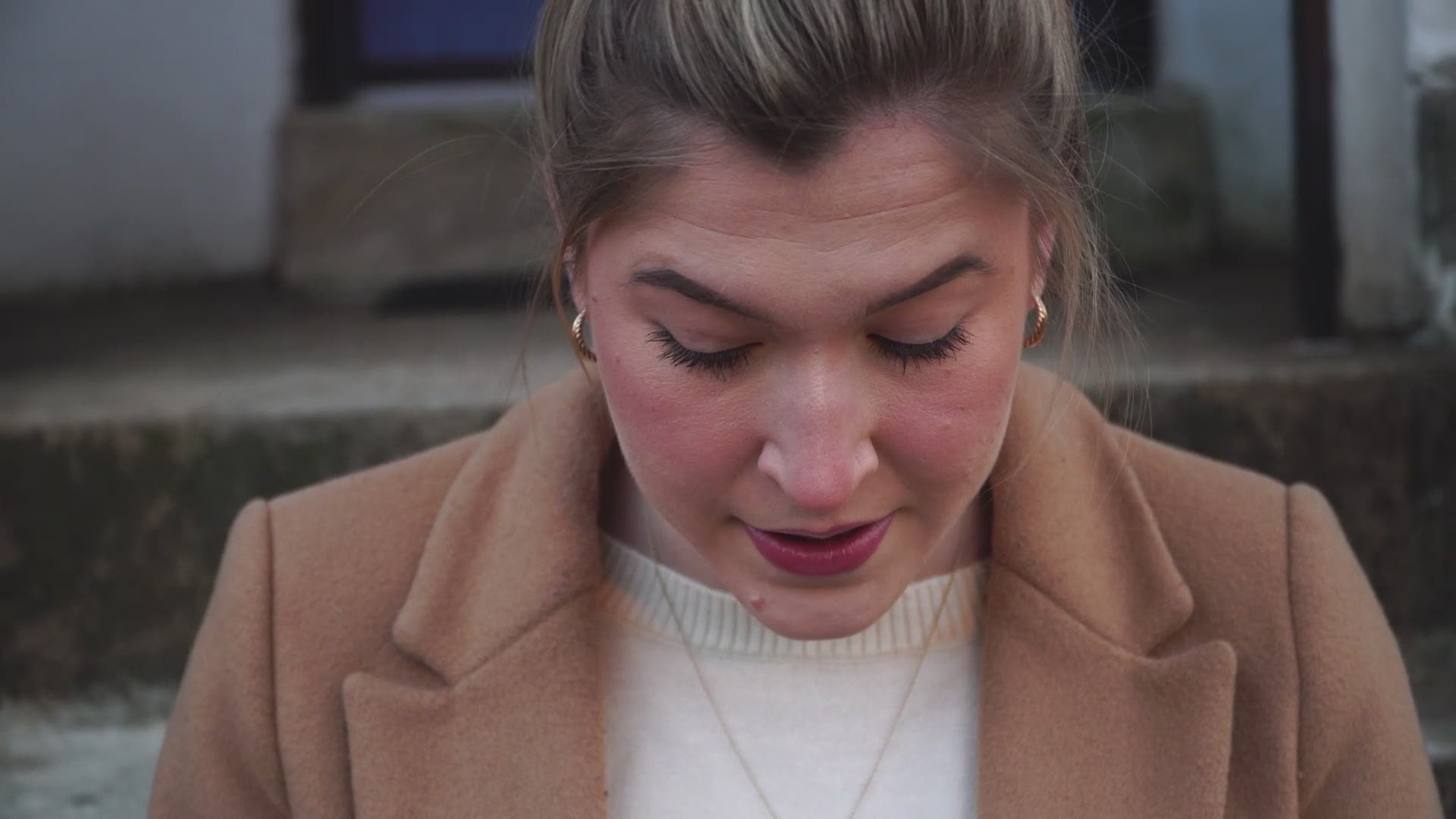 CHESTERTOWN, Md. — First Lt. Conor McDowell didn’t know he was writing about himself when he detailed concerns about rollover accidents he was seeing while training at Marine Corps Base Camp Pendleton in California.

“Sometimes you just need to vent even if it's to a piece of paper,” he wrote in his journal to his fiancé, Kathleen Bourque. “I'm writing to you, so it's like we're having a conversation… …We got lucky no injuries occurred. It's a miracle no one was killed. This is a reminder that at any moment, through careless action even in training Marines can die.”

Conor was killed when the light armored vehicle, or LAV, he was commanding hit a hidden ditch and rolled over in May of 2019. He was crushed. Six crew members were injured. The official report obtained by WUSA9 says Conor was not at fault in the accident.

His parents Michael and Susan got the tragic news from the Marine Corps at their Eastern Shore home in Chestertown, Maryland.

Credit: Family photo
1Lt. Conor McDowell was killed when the military vehicle he was commanding rolled over.

“As many military moms think, our projected nightmare is when they deploy,” Susan said. “Where in the world is he going to go and what kind of harsh and hard environment where he's going to have his life on the line? You don't expect that during the training phase.”

Conor's loved ones aren't alone. A Congressional Research Service Report shows over a 14-year period, the number of service members killed in accidents is double the number of those killed in action. In fact, accidental deaths account for one-third of all active duty deaths from 2006-2020. A total of 1,915 of them involved vehicles.

“I feel that the Marines let us down, that they did not look after our son,” she said.

Kathleen, Michael and Susan have been on a crusade of sorts since Conor's death -- doing research about the many rollover accidents since then and lobbying lawmakers and the Department of Defense for changes.

They and Congress have learned about problems including the age of the vehicles, the fact that they're top-heavy and often parts are taken from other vehicles when something is broken.

The Marines said the investigation of Conor's death will be shared "for educational value" "to mitigate future mishaps." The type of vehicle Conor was in is known to be top-heavy, but the report maintains it was mission capable.

Conor's family said more needs to be done. They believe driver training, range safety and vehicle maintenance all need to be reformed.

“This is not in Iraq or the mountains of Afghanistan,” Michael said. “This is near the beach [in] San Diego. So how can that be?

A report from the U.S. Government Accountability Office (GAO), which is the congressional watchdog, is expected this Spring. We've learned it will examine Army and Marine Corps vehicle accidents for almost a decade. Investigators will evaluate what steps the military has taken to prevent these accidents, assess the training and look into how the branches identify and communicate any hazards on the ranges, like the ditch Conor's vehicle hit.

But Conor's family feels this can't only be about DOD. They believe Congress needs to hold military officials accountable by making sure they listen to and address the concerns from these accidents.

Each day without Conor is a struggle.

“Every day when I wake up, for a split second, I think everything's OK, and then I remember,” Michael said. “That's the way it's going to be.”

They hope his death will mean something.

“We want to make sure that no other family experiences what we have,” Kathleen said.

“We can try and improve things,” Michael added. “We can reduce the death toll. There's no question. So that can be his legacy.”

RELATED: ‘We think we’re going to get this fixed’ | Here’s how Congress is now addressing concerns military families brought to WUSA9 about poor housing

The GAO told lawmakers to expect a final report in May. We are also expecting a congressional hearing with some top brass on this topic later in March.

We reached out to the Marine Corps for a response to the family's concerns. A spokesperson wrote:

"A one-year House Armed Services Committee-directed Government Accountability Office-led review of Army and Marine Corps tactical vehicle accidents is completing its final report. Additionally, services are providing Congress updates this month on aviation and ground safety trends, to include ground tactical vehicle safety outcomes. One of the specific objectives of the GAO report is to make recommendations that will help the Army and Marine Corps identify hazards, assess risks, and establish safety practices to mitigate and to prevent vehicle accidents.

"The Marine Corps is phasing in new vehicles with improved safety designs and technologies incorporated as quickly as possible. Legacy vehicles are safe when operated within design parameters. The training of vehicle operators and vehicle commanders continues to be reviewed and refined to improve decision making."

A spokesperson for the 1st Marines Division wrote:

"I can confirm that in May 2019, a Light Armored Vehicle (LAV) with 1st Light Armored Reconnaissance (LAR) Battalion rolled over while conducting routine training in Camp Pendleton, California. 1st Lt. Conor McDowell, the vehicle’s commander, was killed and six crew members were injured in this mishap. A line of duty investigation was launched into the circumstances of the incident. A redacted copy of the command investigation is available through the FOIA process.

"The loss of 1st Lt. McDowell in this mishap is a tragic loss to our Corps and community. Our hearts continue to go out to his family and loved ones."

RELATED: 'Our son was never deployed. He lost his life in a military hospital' | Dept. of Defense has not released medical malpractice claims process