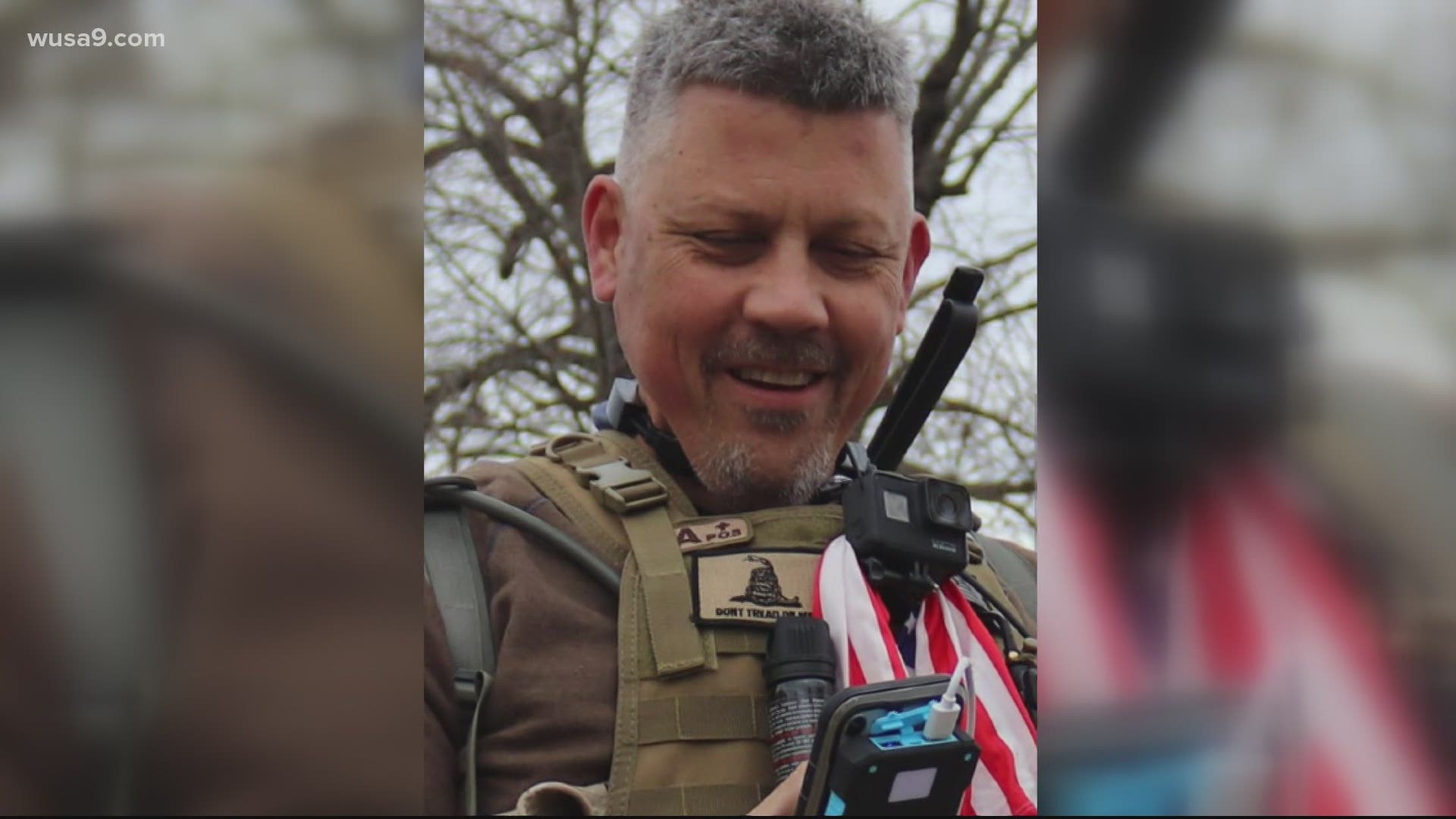 WASHINGTON — A federal judge once again Wednesday rejected a Proud Boy’s requests for pretrial release on Capitol riot charges, finding that alleged threats against witnesses in the case warranted keeping him in custody.

In a 30-page opinion, U.S. District Court Judge Royce C. Lamberth shot down arguments from Christopher Worrell, who says he suffers from non-Hodgkin’s lymphoma and has not been able to receive proper medical treatment in the D.C. Jail, where he and dozens of other Capitol riot defendants have been housed since their arrests.

Worrell was taken into custody in March after a tipster identified him to the FBI. He was subsequently identified in a number of photos from the Capitol riot appearing to spray pepper spray at law enforcement.

Since then, he and his attorney, John M. Pierce, have filed several motions seeking his release, including one in April saying he had contracted COVID-19 while in jail.

Last week, Pierce filed a supplemental document with the court arguing that Worrell’s life was in “immediate risk” if he was not released to the care of his doctor. In the document, Pierce claimed Worrell has blacked out and fallen multiple times while in the jail – causing him to suffer a blow to the head and a broken hand, which, he claims, was not properly treated. Pierce also said Worrell still has not been able to receive his cancer medication.

In a statement to WUSA9, the D.C. Department of Corrections said it contracts with Unity Health Care to provide medical services for inmates in a “timely and efficient manner,” but could not comment on any specific inmate’s medical condition or treatment.

Lamberth, however, spent extended space in his opinion saying whatever medical deficiencies Worrell was experiencing in jail were his own fault. According to Lamberth, Worrell rejected offers by jail staff to have his girlfriend bring remaining medication to the jail. Lamberth also said Worrell’s doctor – a urologist who practices alternative medicine for cancer patients – could not provide medical records or dosage information for the medicated cream Worrell said he needed.

According to Lamberth’s opinion, the doctor said he was unable to do so because he “has no medical staff, keeps no medical records, and that he provides a ‘concierge’ holistic or nontraditional medical service.”

While finding Worrell’s medical situation offered no compelling circumstances for his release, Lamberth also said Worrell’s actions before and during his arrest did provide a compelling reason to keep him behind bars. Specifically, Lamberth highlighted multiple alleged statements by Worrell appearing to threaten possible witnesses. Those statements include a Facebook post on January 18, the day Worrell was interviewed by the FBI, in which he reportedly wrote, “SO WHOMEVER [sic] CALLED THE ‘FEDS’ ON ME REST ASSURED I KNOW WHO YOU ARE AND WE WILL BE DISCUSSING THIS SOON.”

For all of those reasons, Lambert wrote Wednesday he was denying Worrell’s emergency motion requesting release.