Capitol defenses focused on preventing another Oklahoma City, not stopping thousands of insurrectionists

Architect of the Capitol Brett Blanton said the physical defenses of the building had a large explosion in mind – not an assault by a mob of American citizens. 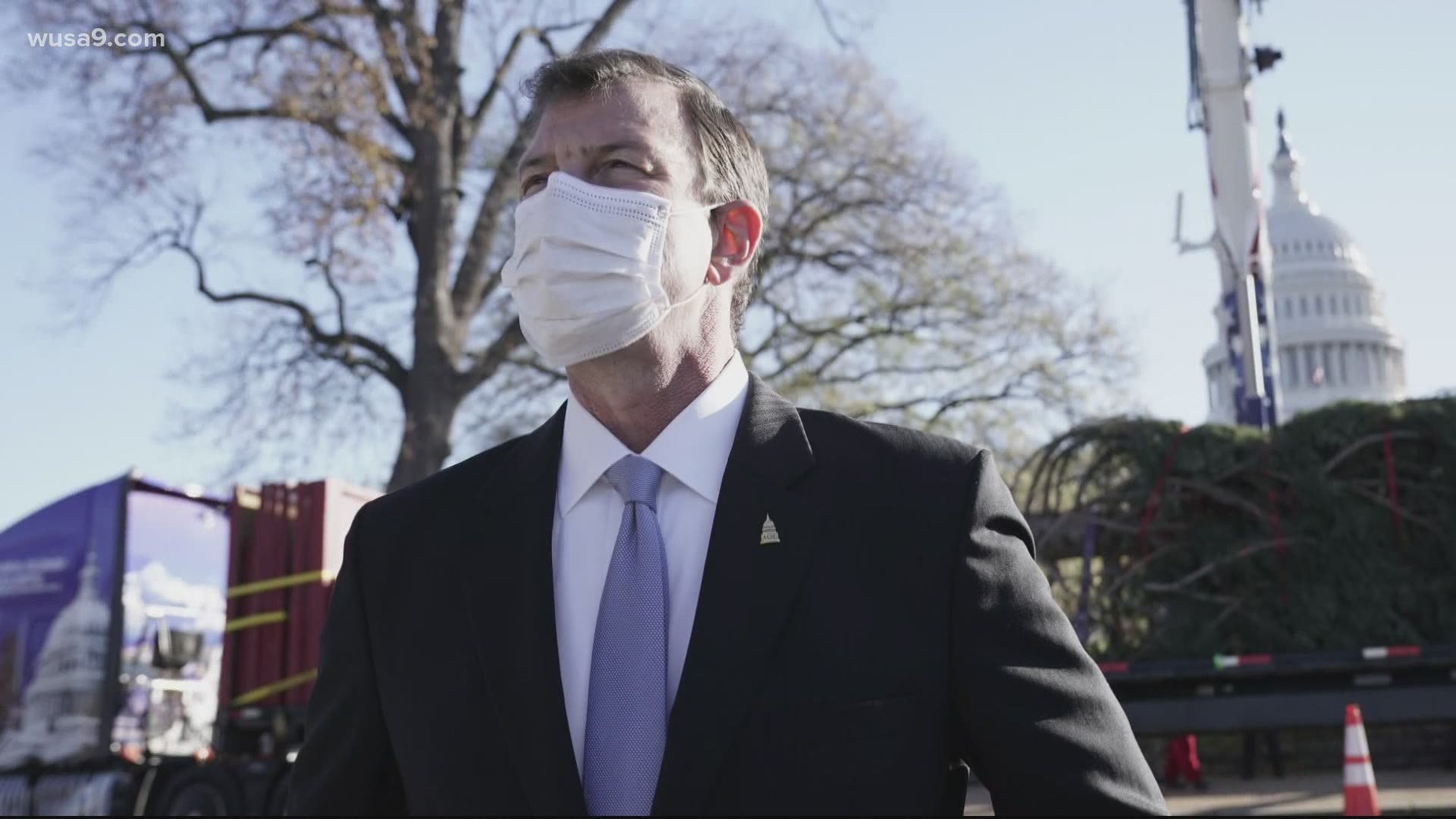 WASHINGTON — The physical defenses of the U.S. Capitol Building were focused on preventing another Oklahoma City Bombing – not stopping a mob of thousands of Americans – the House Appropriations Committee heard during public testimony Wednesday.

Blanton told members of Congress that as architect he has ben focused on defending against an explosive threat like the one unleashed by white supremacist and anti-government extremist Timothy McVeigh in 1995 in Oklahoma City.

The bombing at the Alfred P. Murrah Federal Building, which killed 168 people and injured more than 680, prompted an immediate review and overhaul of security measures at federal buildings. The day after the blast, then-President Bill Clinton ordered the Department of Justice to assess the vulnerability of all federal office buildings in the country against terrorism and other forms of violence.

The results DOJ Vulnerability Assessment of Federal Facilities Report established 52 minimum security standards and five different security levels (I-V). For a building the size of the U.S. Capitol, it required things like extending the physical perimeter with concrete and/or steel barriers, 24-hour video surveillance and an intrusion detection system with central monitoring capability.

Those sorts of measures are effective against unwanted vehicles entering the premises or lone individuals entering the building – but less so against thousands of angry and armed insurrectionists overwhelming the Capitol Police force.

Blanton’s testimony also revealed structural weaknesses in the Capitol Police Board. That body is made up of himself, the House and Senate sergeants-at-arms and the Capitol Police chief and oversees security at the Capitol. A vote by the board is required, for example, to declare an emergency and request National Guard assistance – something that became a point of contention between former Capitol Police Chief Steven Sund and former House sergeant-at-arms Paul Irving on Tuesday.

Blanton told Virginia Rep. Jennifer Wexton (D) that he was not at a meeting on January 2 when the Department of Defense offered National Guard support, and that he has “no record of any meeting whatsoever” in which Sund may have requested the Guard and was denied. He also says he never saw an emergency declaration request from Sund, and that he – like Sund and acting MPD Chief Robert Contee – never saw a January 5 report from the FBI with new intelligence about the possibility of violence the next day.

Sign up for the Capitol Breach Newsletter. Don't miss an update about arrests, charges or investigations into the assault on the Capitol.

He did say that, despite media reports to the contrary, he never heard the sergeants-at-arms or anyone else discuss appearances when it came to the defense of the Capitol.

“I will say, me personally, I never heard the word ‘optics’ until afterward,” Blanton said.

Nevertheless, Blanton’s testimony made clear that, at best, he as one of the four voting members of the Capitol Police Board was left out of decision making leading up to January 6, and that at worst the board has been lax in maintaining the Capitol’s security capacity. He pointed specifically to reports that some Capitol Police officers’ helmets were so old the padding was rotting out as “heartbreaking” to him.

One possible remedy? Blanton said the Capitol Police Board should enlist the Secret Service and the Pentagon Force Command to review how it operates.

“I think an outside look at us is worthwhile,” he said.

Blanton also said his staff has been in constant contact with Lt. Gen. Russel Honoré, who has been tapped by Speaker of the House Nancy Pelosi to do a security audit of the Capitol.

A review of the damages

The House Appropriations Committee also heard from Curator Farar Elliott about the efforts of her staff to protect artifacts during the riot and about their assessment of the damage left behind.

As the mob was storming the building, Elliott said several staffers grabbed important items – items like the House’s 1819 silver inkstand, the oldest object in the chamber, and the Mace of the U.S. House of Representatives. Staff also checked in on the safety of portraits of Rep. Joseph Rainey and Rep. Shirley Chisholm, the first Black man and woman to be elected to Congress.

Here are the 8 objects the House curator says were damaged by fire extinguisher and bear spray/chemical irritant particulate during the #CapitolRiot last month. They include two paintings unveiled in 2002 of Presidents James Madison and John Quincy Adams. @wusa9 pic.twitter.com/VAyNENF3cj

Elliott said her staff’s conservation project plan for the entire year was only six objects, and so this represents a significant increase to their workload. She requested an additional $25,000 in funding to repair the damage to the objects.

Blanton said the damages and additional expenses on his end were even more substantial. He told the committee he had already moved $30 million from another fund to cover repairs of the broken windows and doors, repainting, additional fencing and National Guard troops posted as security since the riot. He said he’s asking for an additional $10 million to fund a comprehensive security review of the complex

Rep. Jaime Herrera Beutler (R-Wash.) asked Elliott if her staff would consider preserving some of the damage to the building as a historical marker of what happened on January 6. Elliott said her first duty to the collection was to restore the historical pieces, but that they would look for “artifacts” that tell the story of the House up to the present day.

One object in the Congressional collection that was notable not on display during the riot was a statute of President of the Confederacy Jefferson Davis, which had recently been removed. Virginia Rep. Jennifer Wexton (D), who was present at the 3:00 a.m. removal of the statue from the crypt, said that was some small comfort to her.

“It was especially jarring to see people marching through the crypt with that Confederate battle flag,” she said, “and I was especially glad that statue of Robert E. Lee wasn’t there any more for people to take selfies with.”