Who are they protecting? | Birth of a militia

Leaders of the Pennsylvania Volunteer Militia say they put their beliefs aside when protecting people with differing viewpoints. Critics ask if that’s realistic. 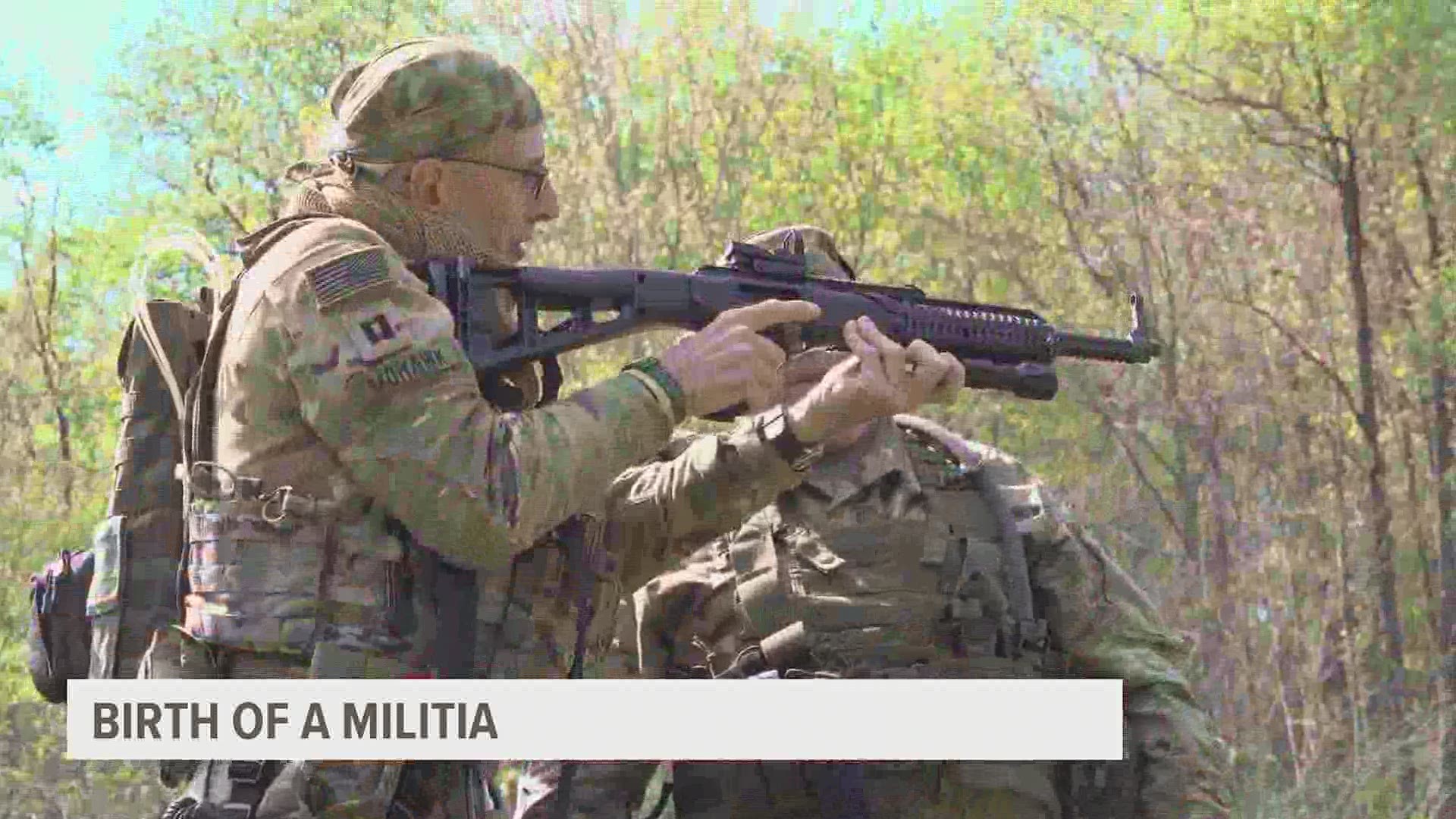 Many militias have come under fire for expressing extremist views. There are 273 active right-wing extreme anti-government militias in America, 12 of which are based in Pennsylvania, according to the Southern Poverty Law Center.

But Pennsylvania Volunteer Militia founder Christian Yingling said his group isn’t like others seen at rallies waving flags with hate symbols or storming the U.S. Capitol on Jan. 6, 2021.

He said the Proud Boys, for example, were full of “adolescent men who want to start fights.”

“I just think they're a hate group. I do,” Yingling said.

Pennsylvania Volunteer Militia members see themselves as a constitutional militia, meaning they protect the rights enshrined in the Constitution’s Bill of Rights. Members insist that though they all share conservative political opinions, their militia will show up at protests and rallies to protect anyone’s free speech.

“We’ve gone to plenty of rallies where we stood down the middle between left and right to keep them separate to maintain the peace,” said PVM executive officer Bob Gardner. “We're more or less almost like a peacekeeper sometimes.”

The individual opinions of members can be problematic, Yingling admitted, as those opinions sometimes bleed over into the beliefs of other militia groups he considers hateful.

Militia critics, meanwhile, argued it was naïve to think the people drawn to right-wing militias can be unbiased.

“I think over time it would probably be pretty difficult to keep everybody together on that one, and once you start protecting a group then you are aligning with that group,” said Jeff McCausland, a retired U.S. Army Colonel, former Dean of Academics at the U.S. Army War College and current visiting professor of international security studies at Dickinson College in Carlisle.

Others said the presence of militias at rallies merely adds to the already high tension between oppositional groups.

“They’re looking for a reason to exist with that,” said Mark Pitcavage, senior research fellow at the Anti-Defamation League’s Center on Extremism. “Because guess what? The Proud Boys don’t need protecting, BLM doesn’t need protecting.”

Yingling said the onus is on the public to educate themselves on what groups believe and represent, in order for his militia to more effectively help them.

This is the fourth in a five-part series taking an honest look at the modern militia movement and how the Pennsylvania Volunteer Militia’s vision fits in it. The series will continue May 20 by zooming out to the big picture for the modern militia movement and whether the Pennsylvania Volunteer Militia can ever truly fulfill their vision of a community organization protecting individuals’ liberties.