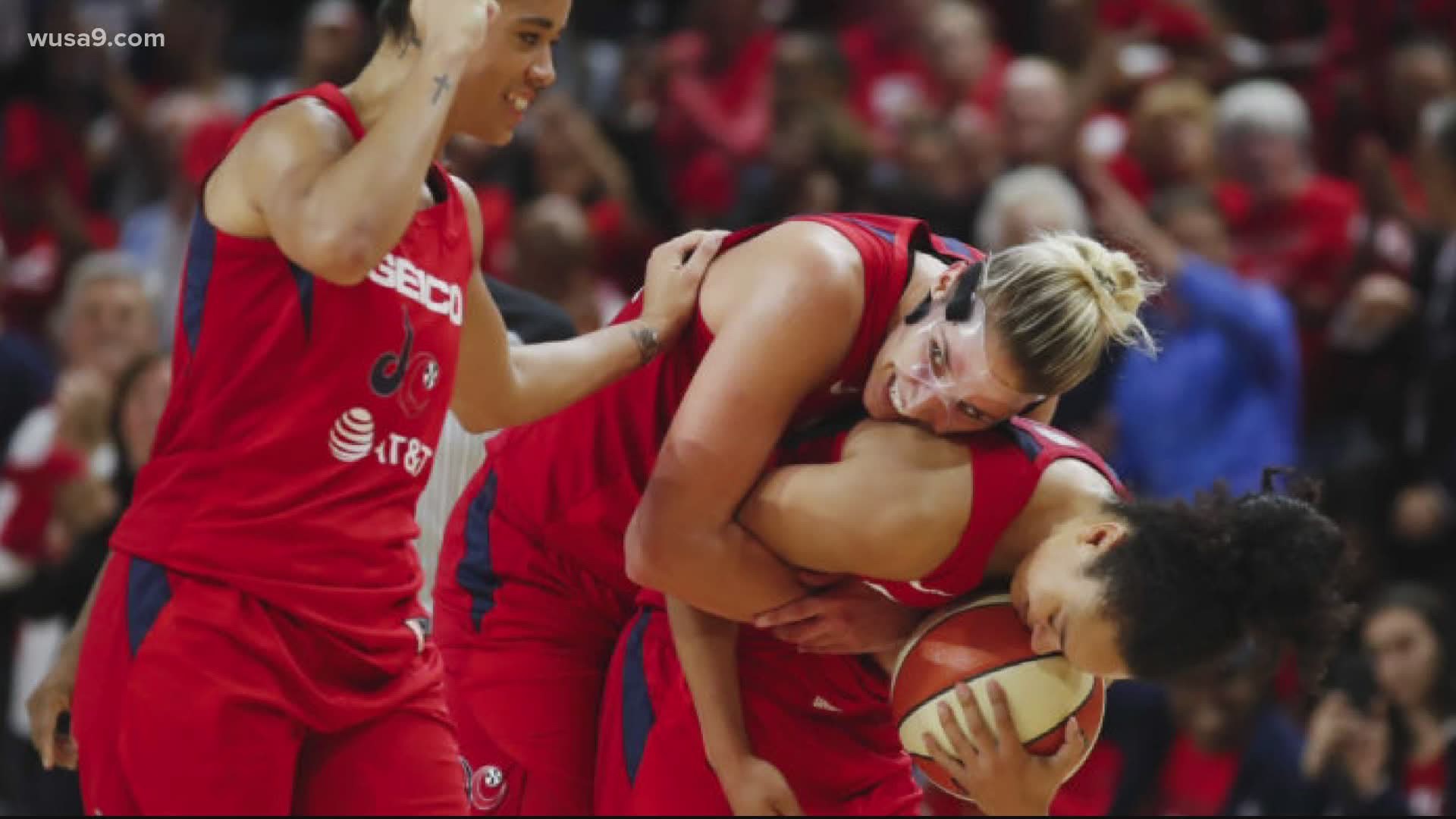 Natasha Cloud and her WNBA colleagues are staying active in the fight against social injustice and police brutality, participating in protests and sticking with the work they began four years ago.

Renee Montgomery, the former UConn guard now with the Dream, was passing out bottled water this month to protesters on the streets of Atlanta following the death of George Floyd in Minnesota while he was in police custody. She also became the first WNBA player to say she would sit out the upcoming season to focus on social injustice and voter registration.

WNBA Commissioner Cathy Engelbert says players in the league "care about this issue and we need to figure out what the solutions are."

When the league recently announced its 22-game schedule this season in Florida, officials said they will work with players on their commitment to social justice reform.

"We have always been at the forefront of initiatives with strong support of #BlackLivesMatter, #SayHerName, the LGBTQ+ community, gun control, voting rights, #MeToo, mental health and the list goes on," said Nneka Ogwumike, president of the WNBA players' union. "This ... may be one of the biggest opportunities that this league has and will ever have."

Washington Mystics players Tina Charles and Cloud have been working toward solutions since 2016 after police shootings in Minnesota and another in Baton Rouge, Louisiana, made national headlines that year.

"We're trying to do our best to make sure we have an action plan for this week, next month, two months from now, six months from now," Cloud said by phone. "I hate when they are a fad. Once it fades away people don't talk about it. This is the life of every black American in this country that doesn't go away.

"We can't take off the color of our skin. ... It's extremely important we use our platform and give back to our people. Do what we can so that change does happen."

Charles, who was playing with the New York Liberty in 2016 before her trade to Washington this offseason, was proud that after the shootings faded from the national headlines the New York organization continued to discuss racial injustice, unity and the Black Lives Matter movement.

"The team has made it a priority to have conversations," Charles said. "In 2016 we had the media blackout. We had engagement with different police departments. (The front office) identified what we were passionate about. These actions have to continue as racism is real."

Initiatives being discussed by the players for this season include having a Black Lives Matter court for WNBA games on while dedicating the season to Breonna Taylor, who was killed in her Louisville, Kentucky, home by officers in March. The players also plan educational and voter registration initiatives.

Some of the discussions since 2016 have been held away from the spotlight. A few years ago, New York players met at their suburban practice facility with Kristen Clarke, the president and executive director of the Lawyer's Committee for Civil Rights Under Law.

Credit: AP
FILE - In this Sept. 24, 2019 file photo, Washington Mystics' Natasha Cloud drives up the court against the Las Vegas Aces during the second half of Game 4 of a WNBA playoff basketball in Las Vegas. (AP)

The Liberty players have also consulted with Ambassador Attallah Shabazz, the daughter of Malcolm X, and Topeka K. Sam — the founder and executive director of The Ladies of Hope Ministries. They have talked about how players can use their voices.

"I think that they have consistently been a beacon and light in New York around these issues," Sam said.

Sam took part in the 2019 Unity panel the team held. Liberty players have spent time with formerly incarcerated women and their children that Sam works with. She was also part of a virtual panel on Friday by the Liberty in commemoration of Juneteenth.

"The players use their platform to lift issues around women and incarceration," Sam said. "We had a lot of things planned this year before the virus hit."

WNBA All-Star Maya Moore,the Minnesota Lynx guard and Olympic gold medalist stepped away from the game the past two seasons to help with criminal justice reform.

Cloud credits the players' discussions on racial injustice in 2016 as one of the reasons why she became so active.

"I've grown from that," said Cloud, who has been active for gun violence reform. "Four years later I've found my voice and my role and who I want to be. I'm using my platform as one of 144 in the WNBA."

Cloud was one of the leaders of a WNBA players only town hall a few weeks ago. She said about 50 players participated in the nearly two-hour zoom meeting, expressing a range of emotions — anger, passion, tears and vulnerability.

Then some took to the streets, Cloud said, adding that many have been part of protests since the meeting.

Charles believes a major way players can get involved is by encouraging people to vote.

"The same outpouring we have to protest," Charles said, "we have to make the same effort in voting — that is what we control."