Monday Weinstein's lawyer cited a paperwork technicality after his requests for a "humanitarian" delay to attend to Weinstein's medical needs were rejected. 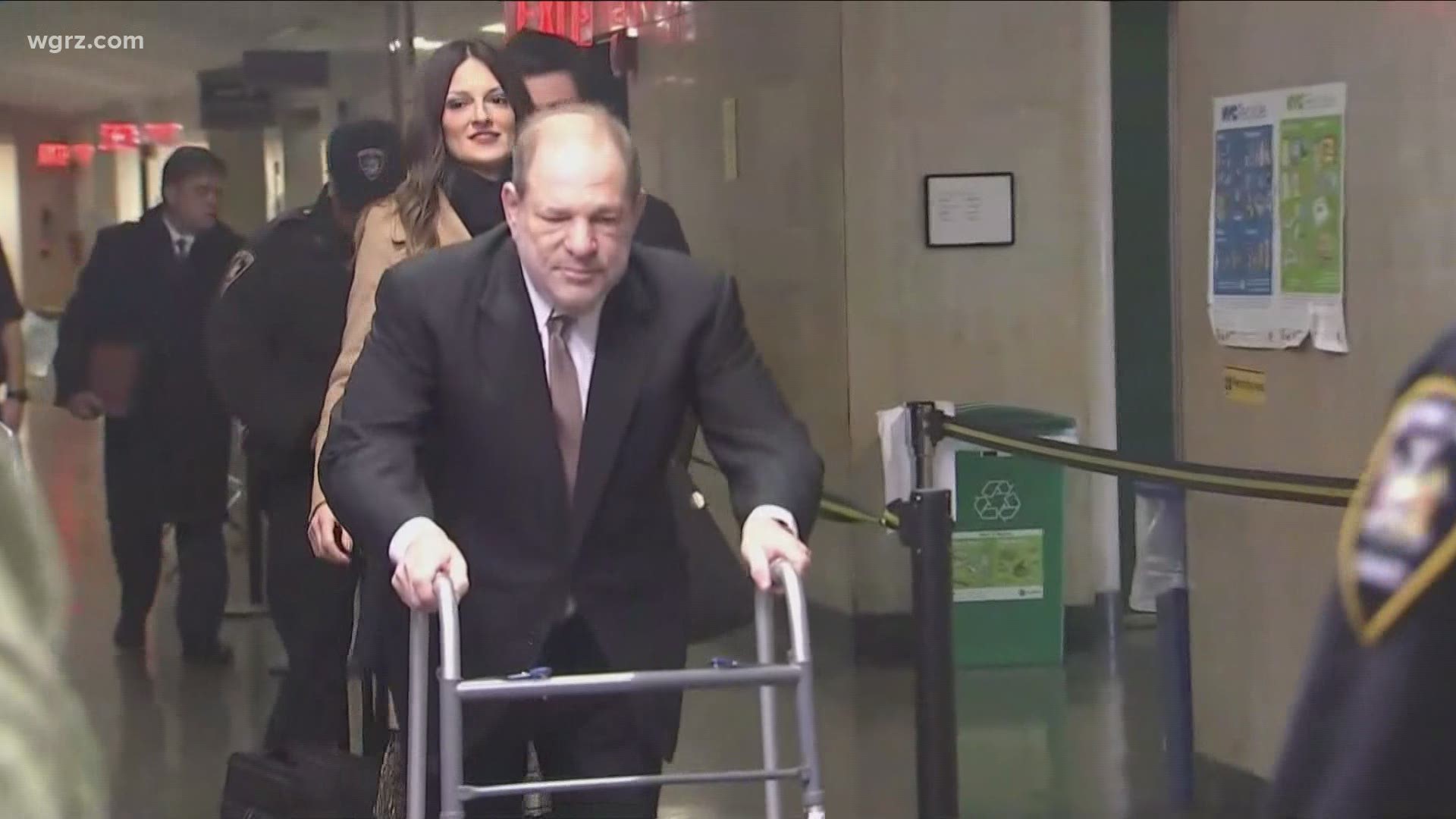 A lawyer for convicted movie producer Harvey Weinstein on Monday challenged Weinstein's extradition to California to face sexual assault charges contained in a newly revealed indictment, citing a paperwork technicality after requests for a "humanitarian" delay to attend to Weinstein's medical needs were rejected.

Weinstein, 69, appeared via video before Erie County Court Judge Kenneth Case from the maximum security Wende Correctional Facility near Buffalo, where he has been imprisoned since last spring after being convicted in New York City of a criminal sex act and third-degree rape.

He was charged last year in California with assaulting five women in Los Angeles and Beverly Hills from 2004 to 2013.

Defense attorney Norman Effman argued that because the California charges that were initially included in a criminal complaint have been formalized in an indictment, the initial transfer request is incomplete.

Judge Kenneth Case granted his request for a hearing, which he scheduled for April 30.

Weinstein maintains his innocence and contends that any sexual activity was consensual.

"But the reality is Mr. Weinstein is serving a 23-year term at a maximum security facility in New York state," he said. "We know he's not going anywhere."

"As far as what's humanitarian to all people involved, including the victims in this case, the time is of the essence," she said.

District Attorney John Flynn later called Effman's delay over paperwork "a sandbag move" that could have been resolved earlier.

Weinstein did not speak during the hearing as he sat at a table with his hands folded in front of him, but appeared to be in good spirits as he chatted with his attorney before the proceeding got underway.

Effman said he wanted to delay the extradition so that Weinstein could undergo two scheduled medical procedures, an eye surgery and a dental procedure, but that California prosecutors denied his requests.

"He is almost technically blind at this point and in need of surgery," according to the lawyer, who added Weinstein also had lost four teeth while behind bars.

No details have been revealed on the new California indictment, and Los Angeles prosecutors declined comment, saying they don't comment on grand jury matters.

Effman said the indictment is similar, though not identical, to the initial complaint.

An indictment in California means that Weinstein would skip a public preliminary hearing on the evidence against him, and proceed straight to trial.

The Hollywood producer's lawyers have appealed his 2020 conviction, arguing in court papers last week  that Manhattan Judge James Burke swayed the trial's outcome with repeated rulings favorable to prosecutors and that the 23-year prison sentence Burke imposed was "unduly harsh and excessive."

A jury found Weinstein guilty of raping an aspiring actress in a New York City hotel room in 2013 and sexually assaulting a production assistant at his apartment in 2006 by forcibly performing oral sex on her.

He was acquitted of first-degree rape and two counts of predatory sexual assault stemming from actor Annabella Sciorra's allegations of a mid-1990s rape.

The extradition hearing had been delayed since August because of the pandemic.

Weinstein survived a bout with the coronavirus in March at the prison. His lawyers said he experienced symptoms of COVID-19 again in mid-November but did not test positive for the disease at that time.