Even if all 50 Democrats in the Senate are on board, it would take a change to filibuster rules -- something Manchin has said he opposes -- to pass. 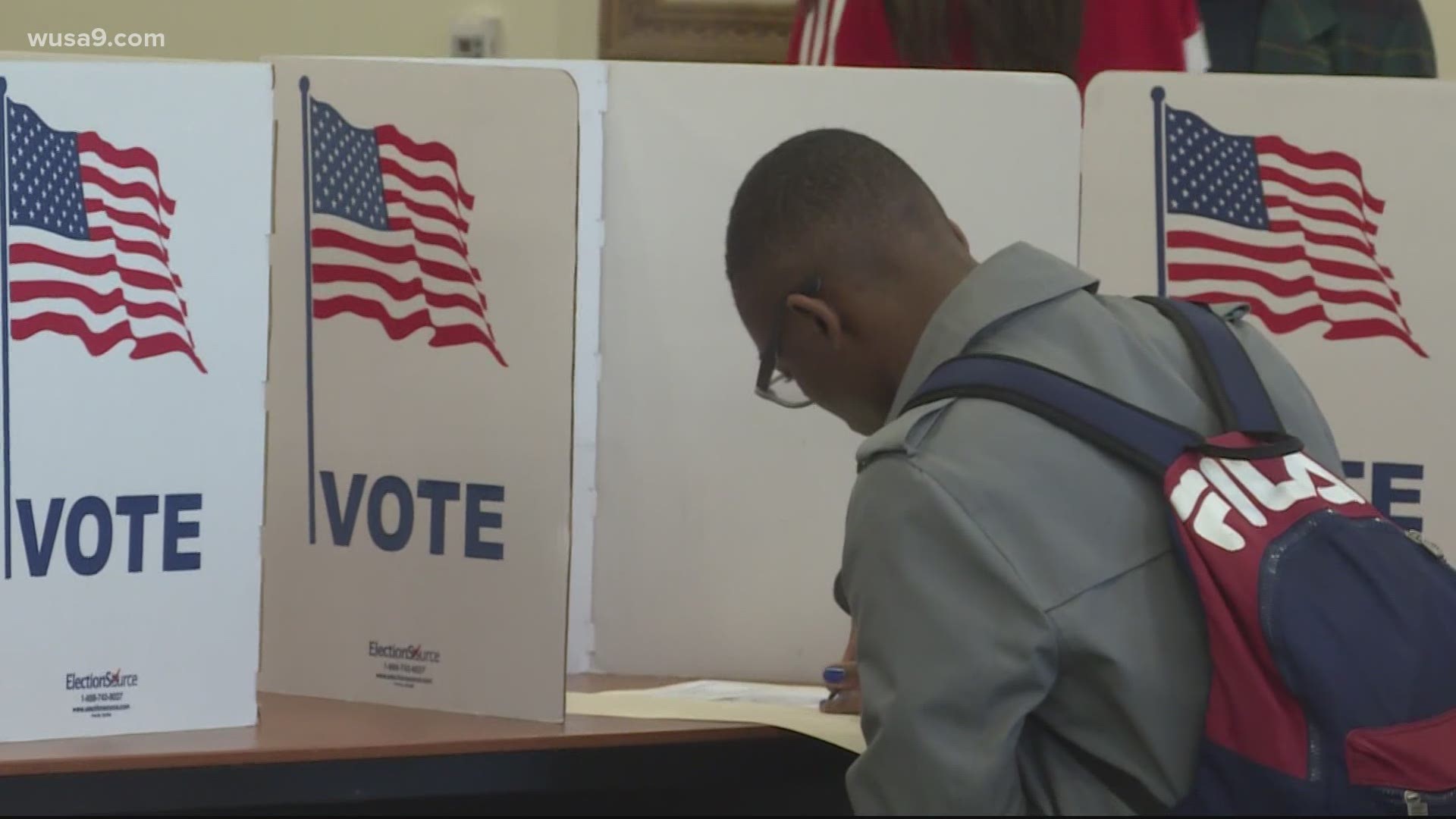 WASHINGTON — The Senate is set for a key vote Tuesday on a sweeping rewrite of voting and election law, setting up a dramatic test of Democratic unity on a top priority that Republicans are vowing to block.

Democrats appeared to be coalescing Thursday around changes to the bill that could win the support of moderate West Virginia Sen. Joe Manchin, the lone Democratic holdout on the legislation. Yet they still faced lockstep Republican opposition that will likely leave Democrats back where they started: lacking the votes to overcome a Republican filibuster. Senate Minority Leader Mitch McConnell, R-Ky., called Manchin's proposal “equally unacceptable.”

“Republicans are digging in their heels,” said Sen. Chris Murphy of Connecticut. “They’ve made it pretty clear this week that there’s nothing they’re willing to support.”

The bill, known as the For the People Act, has been touted as Democrats' answer to a state level-GOP push to enact voting restrictions following the 2020 election. It passed the House in March, but has bogged down in the Senate as Democrats have debated among themselves — with Manchin ultimately declaring he couldn’t vote for it because it lacked bipartisan support.

Yet Manchin's position has evolved and compromise appeared to be nearing after he proposed a series of changes this week to narrow its scope. His proposal received a boost Thursday when Stacey Abrams, a former Georgia gubernatorial candidate who is a leading Democratic voice on voting rights, said she “absolutely” supported it.

“What Sen. Manchin is putting forward are some basic building blocks that we need to ensure that democracy is accessible," Abrams told CNN.

Still, in a narrowly divided Senate where Democrats must count on Vice President Kamala Harris to cast tie-breaking votes, any compromise will likely be for naught unless changes are made to Senate filibuster rules, which Manchin and others oppose. For now, it takes 60 votes to overcome a filibuster and advance legislation.

Over a dozen Senate Republicans took turns at the microphone during a Thursday news conference to denounce the bill, which they view as a federal overreach into state and local elections.

McConnell predicted all Republicans would remain in lockstep opposition regardless of what changes are made. Sen. Roy Blunt, the No. 4 ranking Senate Republican, noted the endorsement by Abrams, who is a lighting rod for GOP criticism.

As written, the Democrats’ bill would bring about the largest overhaul of U.S. voting in a generation, touching nearly every aspect of the electoral process. It would blunt laws erected in the name of election security, like voter ID requirements, while curtailing the influence of big money in politics. It would create a nonpartisan process for redrawing congressional districts, expand mail voting and early voting, restore the rights of felons to cast a ballot, and scores of other provisions.

Manchin's counter-offer, which is intended to entice GOP support, would leave significant portions of the sprawling bill intact, while curtailing, rewriting or eliminating other key parts.

“Color me a little a little skeptical,” Democratic Sen. Tim Kaine, of Virginia, said of the possibility of bipartisanship.

What will ultimately come to the floor for a vote Tuesday remains unclear. Also not certain: whether Manchin will vote for it.

“We’ll see what bill we have,” he told reporters Thursday. “We don’t know what bill we’re going to have.”

A national voter ID requirement favored by Manchin has emerged as one sticking point with some Democrats.

Manchin's proposal is far softer than the strict photo ID requirements adopted by some states. It would require all states to check ID, but various documents including a utility bill could be used instead of a photo ID, a requirement already adopted by 15 states including Manchin's West Virginia.

“That is what we're negotiating,” said Minnesota Sen. Amy Klobuchar, who is playing a lead role in guiding the legislation.

Polls have shown notable bipartisan support for voter ID requirements, and Democrats in their elections overhaul focused on the strictest ID laws. In the current Senate bill, Democrats would require states with an ID law to allow voters who show up without identification to cast a regular ballot as long as they sign an affidavit under penalty of perjury.

“We might squabble about one or two things,” said Sen. Raphael Warnock, of Georgia. “But I am not about to sacrifice the good in the pursuit of the perfect.”

Klobuchar said she would continue to work on the bill over the weekend and was optimistic all 50 Senate Democrats would support it.

“If we reach unity on a voting bill in the Democratic Party, with all of the debates we’ve been having over the last few months, I don’t think anything’s over yet,” she said.