Fred may regain tropical storm strength as it nears Florida

Fred became a tropical storm on Tuesday but weakened to a depression as it spun over Haiti and the Dominican Republic. 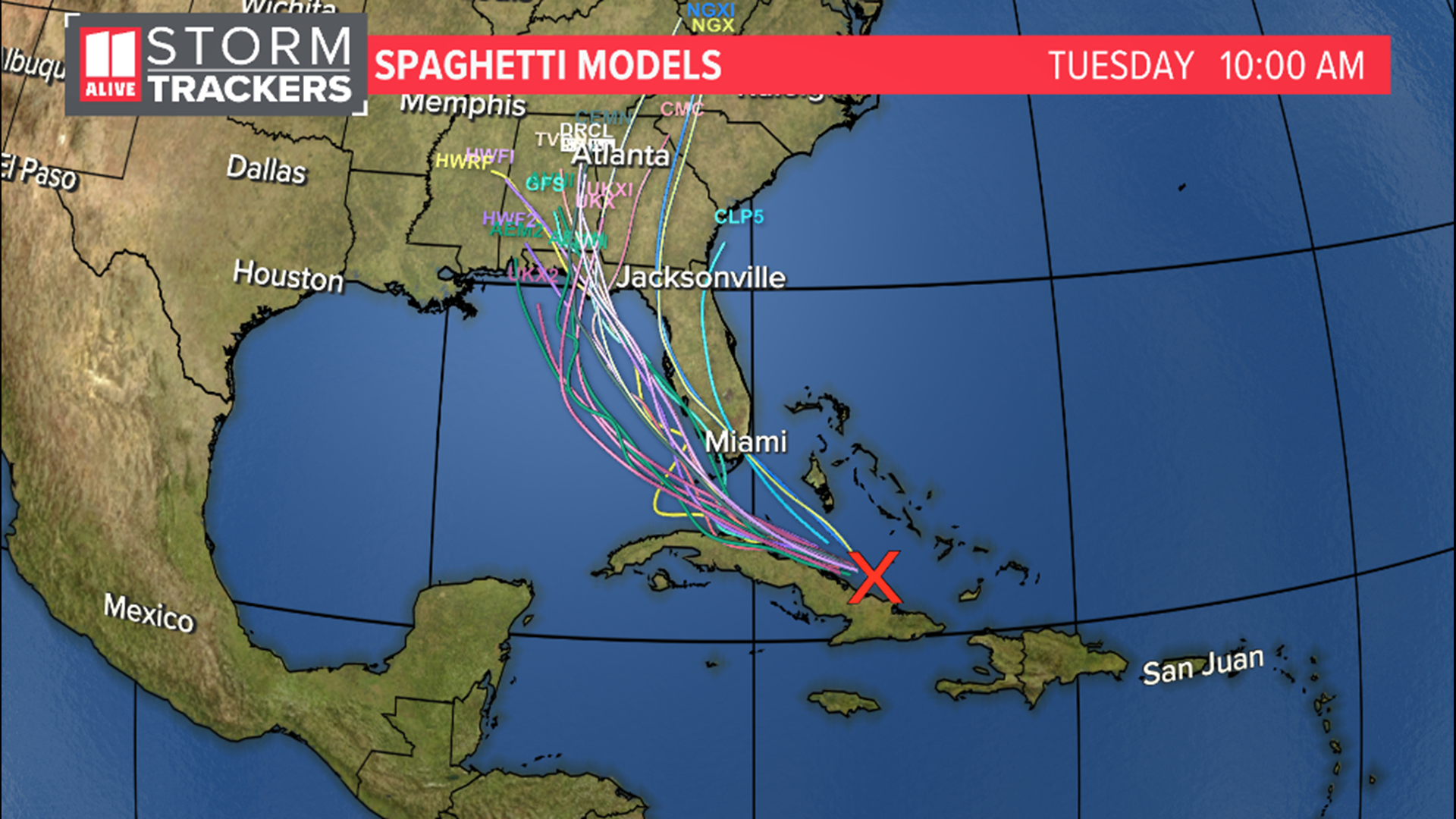 HAVANA, Cuba — Tropical depression Fred was moving along Cuba's northern coast and could regain tropical storm status as it pulls away from the island on Friday, ahead of its projected track towards the Florida Keys on Saturday and southwest Florida on Sunday, forecasters said.

Meanwhile, still east of the Caribbean Sea, forecasters were watching a disturbance that they said would likely become Grace, the seventh named storm of the Atlantic hurricane season. Island governments issued a Tropical Storm Watch for Antigua and Barbuda, St. Kitts and Nevis, and Montserrat. Puerto Rico and the U.S. Virgin Islands also were warned to monitor its progress.

The Miami-based National Hurricane Center said Fred had maximum sustained winds of 35 mph (55 kph) and was dropping heavy rain over parts of Cuba, where the main threats were rain and flooding. A tropical storm warning was issued Friday morning for the Florida Keys and Florida Bay, and a watch was in place for southwest Florida.

The hurricane center said 3 to 7 inches (7.5 to 18 centimeters) of rain were expected across the Florida Keys and southern peninsula by Monday, with isolated maximums of 10 inches (25 centimeters).

No evacuations are planned for tourists or residents in Monroe County, Keys officials said Friday. The county’s emergency management officials are advising people in campgrounds, recreational vehicles, travel trailers, live-aboard vessels and mobile homes to seek shelter in a safe structure during the storm.

Credit: AP
This satellite image provided by the National Oceanic and Atmospheric Administration (NOAA) shows a Tropical Storm Fred in the Caribbean as it passes south of Puerto Rico and the Dominican Republic at 8am EST, Wednesday, Aug. 11, 2021. (NOAA/NESDIS/STAR GOES via AP)

Once a tropical storm, Fred weakened back to a depression by its spin over Haiti and the Dominican Republic, where it knocked out power to some 400,000 customers and caused flooding that forced officials to shut down part of the country's aqueduct system, interrupting water service for hundreds of thousands of people. Local officials reported hundreds of people were evacuated and some buildings were damaged.

Fred's center was about 245 miles (390 kilometers) southeast of Key West, Florida. That was also about 40 miles (65 kilometers) east-southwest of Caibarien, Cuba. It was still headed west-northwest at 12 mph (19 kph).

Fred became the sixth named storm of the Atlantic hurricane season late Tuesday as it moved past the U.S. Virgin Islands and Puerto Rico.