The path of totality includes parts of Chile and Argentina. 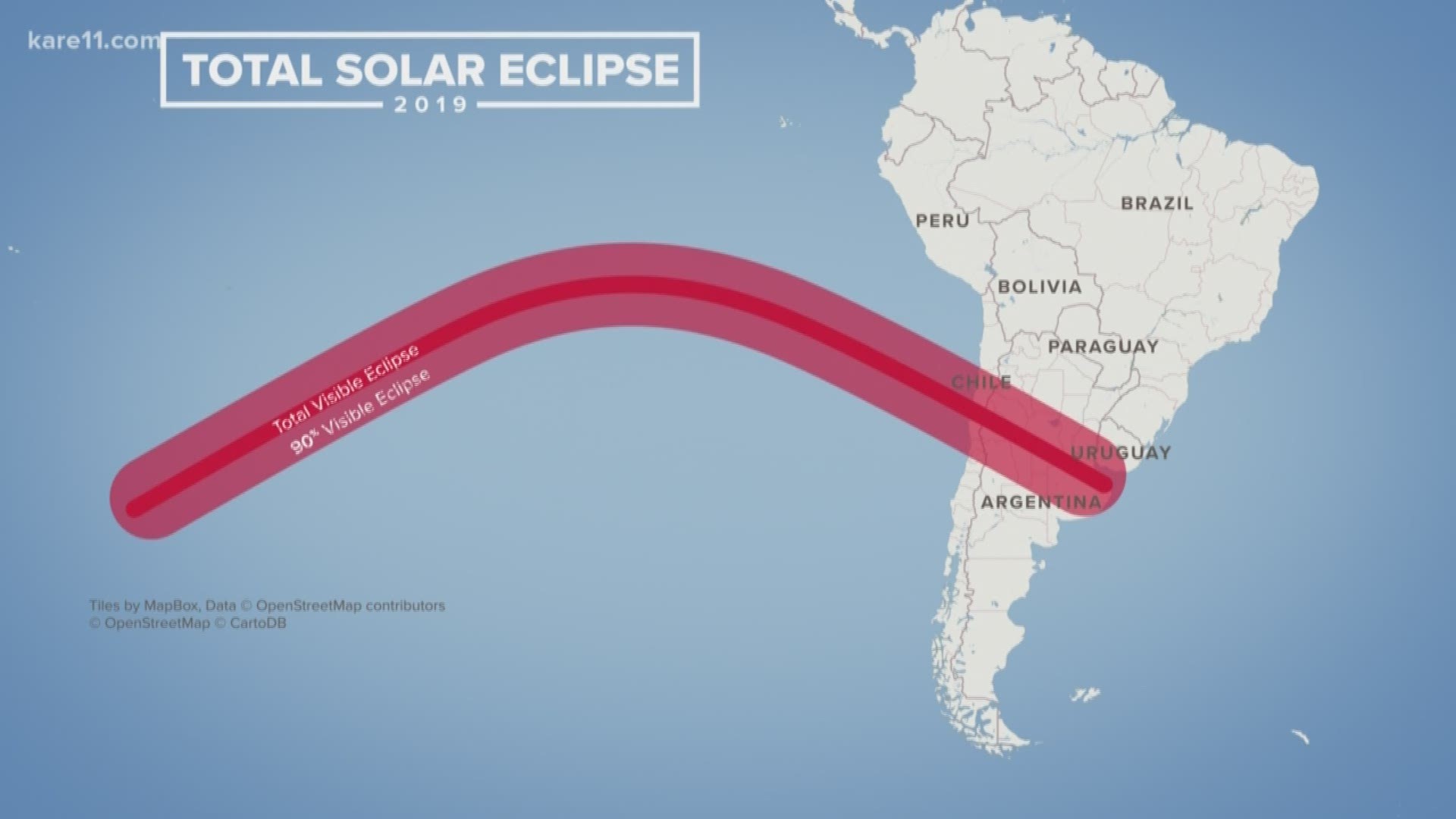 South America will experience its first total solar eclipse in 13 years Tuesday, two years after a solar eclipse went coast-to-coast over the U.S.

A solar eclipse will stretch across the southern Pacific and in to portions of Chile and Argentina.

A total solar eclipse is when the moon passes in front of the sun blocking light from reaching Earth. Astronomers take advantage of solar eclipses to study the corona, the sun's top layer.

Even though the moon is 400 times smaller than the sun, the rare cosmic coincidence make the sun and moon seem the same size.

RELATED: Woman has crescent-shaped eye damage from the eclipse

It will take six minutes for the path of totality to cross South America.NASA says totality will first be spotted on land at 4:38 p.m. EDT in La Serena, Chile. The path of totality then continues across the continent before ending near Chascomús, Buenos Aires, Argentina at 4:44 p.m. EDT. A livestream from Exploratorium on the event will be available from 3 p.m. to 6 p.m. Tuesday.

A partial solar eclipse will still be visible for the rest of Chile and Argentina in addition to Ecuador, Peru, Bolivia, Paraguay, Uruguay and parts of Columbia, Brazil, Venezuela and Panama.

The last total solar eclipse was in August 2017 in the United States. The path of totality stretched across the country from Salem, Oregon, to Charleston, South Carolina.

Anyone who watches a solar eclipse should use proper eye wear protection including special eclipse glasses. Sunglasses are not safe to view the eclipse.

The next total solar eclipse will also be in South America on December 14, 2020.