The man is seen handling the shark by its mouth at Cape Henlopen State Park. 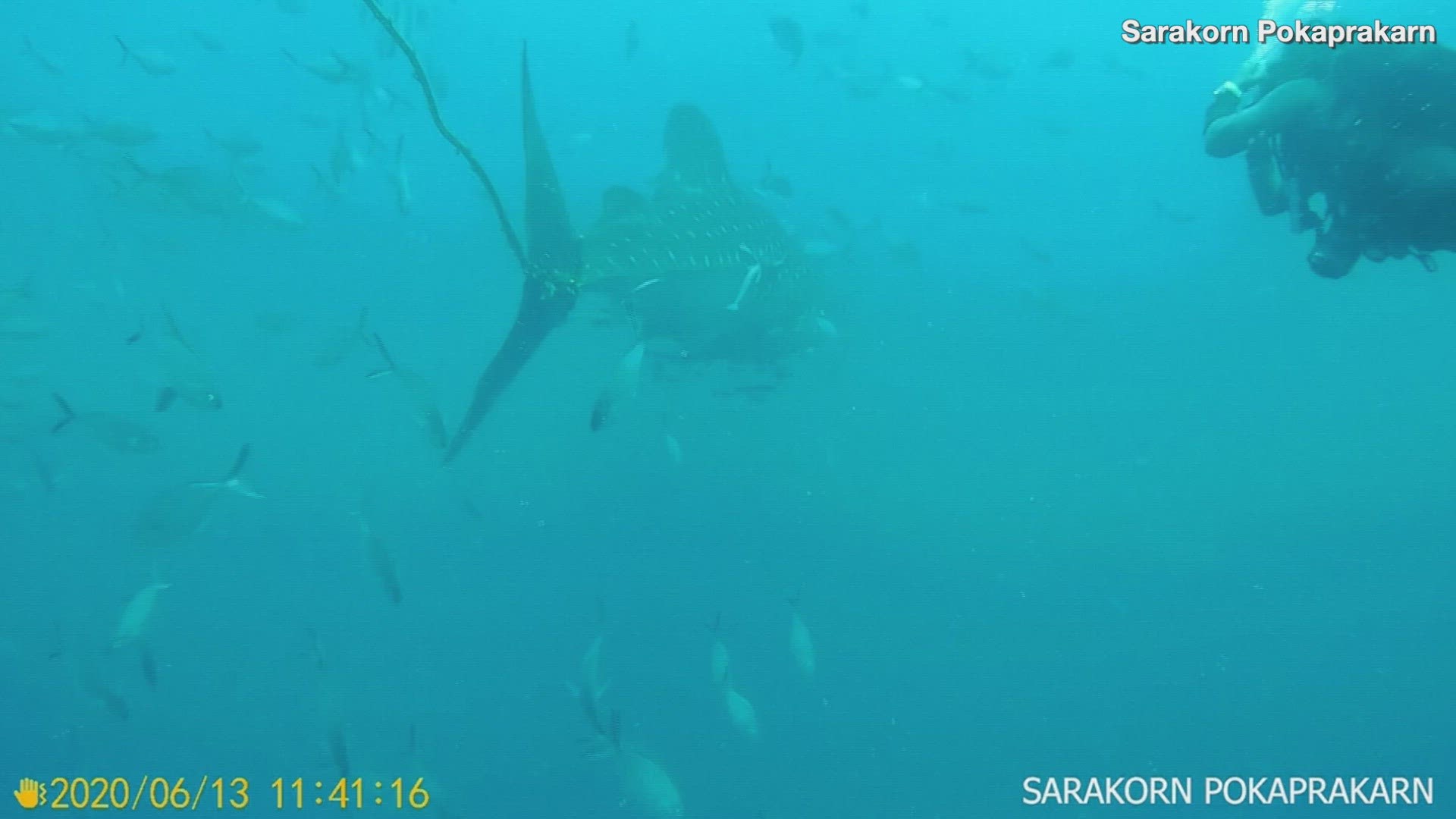 LEWES, Del. — Editor's note: The video above is a related story about a whale shark divers in Thailand were working to free.

A swimmer in Delaware was caught on camera prying a shark’s mouth open with his hands this weekend in an effort to free it from a fishing hook.

The video shows the man grabbing onto the shark at a beach in Cape Henlopen State Park. He went into the water to unhook it after another person caught it, the Daily Times of Salisbury reported Tuesday.

“Everyone started yelling, ‘Shark, shark, get out of the water!’” said Delaware native Rachael Foster, who shared her video on social media. “It was so crazy, like a movie. Like Jaws.”

The newspaper reported park rangers were on site Sunday to assist and monitor the situation.

What a great way to spend Father’s Day!! We all had an amazing time ! Plus this guy caught this shark 3 cars down from us😳🦈 EDIT: For anyone commenting how this guy should’ve left the shark alone, or that this isn’t right you really need to educate yourself. He did this by the book and was totally legal with it ! His buddy simply caught a shark he went out opened his mouth to get the hook out, than he went deeper into water turned the shark around and released it! Please please read up on the Delaware laws and the proper way to release a shark that’s been caught 😊

Earlier this month, a boy was hospitalized for puncture wounds after he was possibly bitten by a shark in the park. The boy, 12, was surfing when something bit his leg. Officials then temporarily closed the park’s Herring Point to surfing and swimming.