The move means Sha'Carri Richardson will officially be out of the Olympics due to a positive drug test from the Olympic trials. 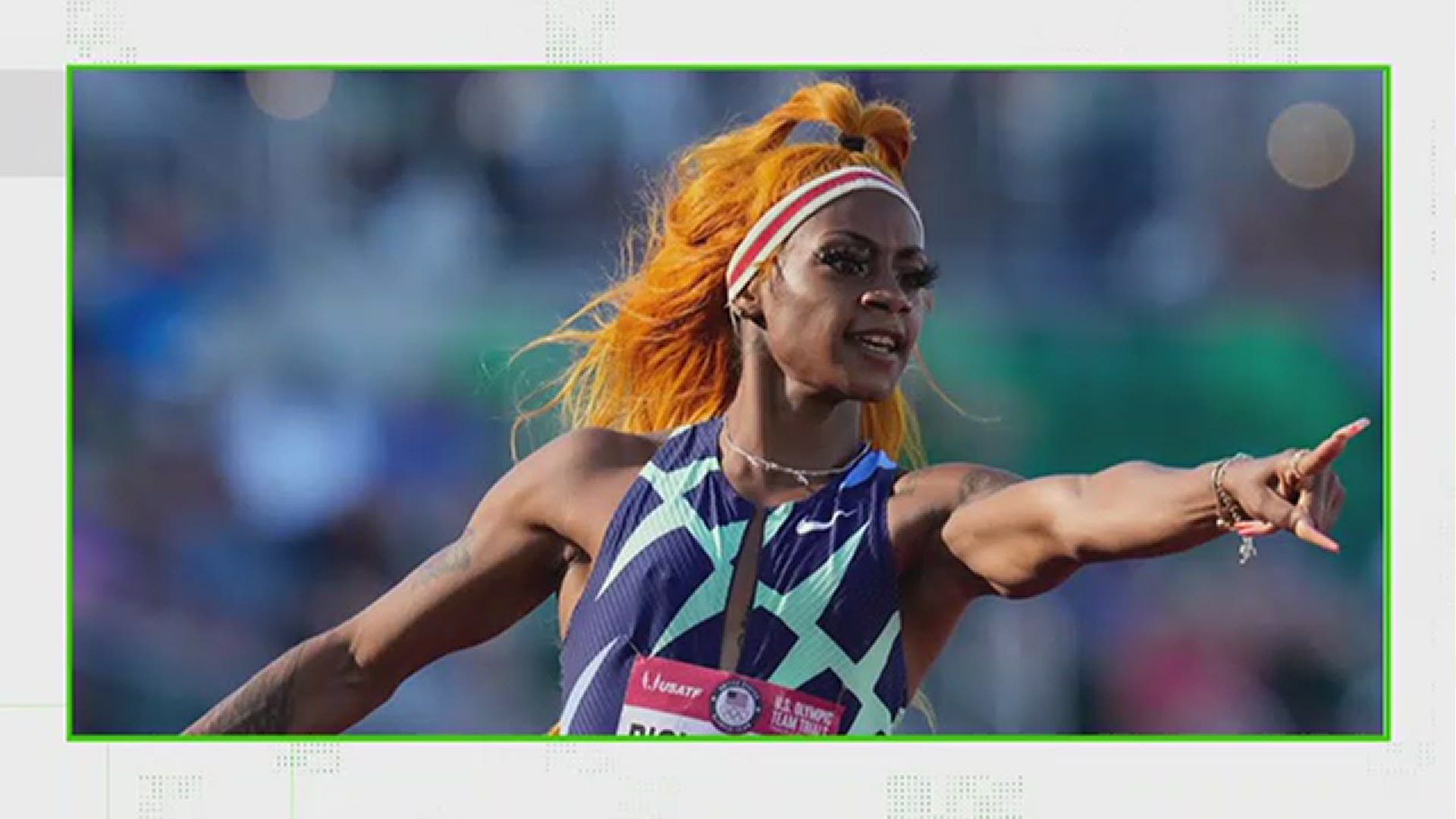 INDIANAPOLIS — Banned sprinter Sha'Carri Richardson was not on the Olympic roster released Tuesday by USA Track and Field, a decision that means the American champion's positive test for marijuana will cost her a chance at running on the relay team in Tokyo, in addition to her spot in the 100-meter individual race.

Richardson's positive test nullified her win at Olympic trials in Eugene, Oregon, last month and the spot that went with it in Tokyo in the 100. Her 30-day suspension will end before the start of the relays on Aug. 5, which left open the possibility she could win a medal as part of the 4x100 relay team.

But her name was missing from the roster USATF sent out. The federation had two discretionary picks beyond the top four finishers in the 100-meter final at trials but chose not to offer a spot to the 21-year-old sprinter, who was expected to challenge for Olympic gold.

Asked about how Richardson was taking the news, her agent, Renaldo Nehemiah, responded: “We haven’t spoken about it at all. It was actually not a topic we focused on.”

In a statement, USATF said it was “incredibly sympathetic toward Sha’Carri Richardson’s extenuating circumstances” and “fully agrees” that international rules regarding marijuana should be reevaluated.

“So while our heartfelt understanding lies with Sha’Carri, we must also maintain fairness for all of the athletes who attempted to realize their dreams by securing a place on the U.S. Olympic Track & Field Team,” the statement read.

In this case, that meant offering the remaining relay spots to the sixth- and seventh-place finishers, each of whom moved up in the pecking order after Richardson's DQ. They are English Gardner and Aliea Hobbs.

Richardson tested positive for a chemical found in marijuana after her victory on June 19. She said the stress of her biological mother's recent death combined with the pressure of preparing for trials led her to use the drug.

“I was definitely triggered and blinded by emotions, blinded by badness, and hurting, and hiding hurt,” she said on NBC's “Today” show. “I know I can’t hide myself, so in some type of way, I was trying to hide my pain.”

Shortly after the 2012 Olympics, international regulators loosened restrictions on marijuana use, increasing the threshold for a positive test to a level designed to catch athletes only who were using it in the immediate hours before competition. Potential bans were reduced from two years to as little as the 30-day suspension that Richardson is serving.

But where some professional leagues, such as the NFL, NHL and NBA, have greatly reduced enforcement of marijuana rules, with the acknowledgement that the drug does not enhance performance, the Olympic world continues to test for and punish use in some circumstances. According to the U.S. Anti-Doping Agency, in addition to substances that trigger performance enhancement, the banned list can includes drugs that can pose health risks to athletes or violate the “spirit of sport.”

It's a stance that has triggered a wide-ranging debate, largely in the realm of social media but also in Washington. Last week, President Joe Biden said that while he was proud of the way Richardson handled her ban, “the rules are the rules.”

“Whether they should remain the rules is a different issue, but the rules are the rules,” Biden said.

Meanwhile, Rep. Alexandria Ocasio-Cortez of New York tweeted out a letter she and Rep. Jamie Raskin of Maryland sent to the leaders of both the U.S. and world anti-doping agencies urging them to overturn the decision.

“Please strike a blow for civil liberties and civil rights by reversing this course you are on,” the letter said.