Jon Ryan Schaffer, the frontman of the band Iced Earth, has agreed to cooperate with investigators in hopes of getting a lighter sentence. 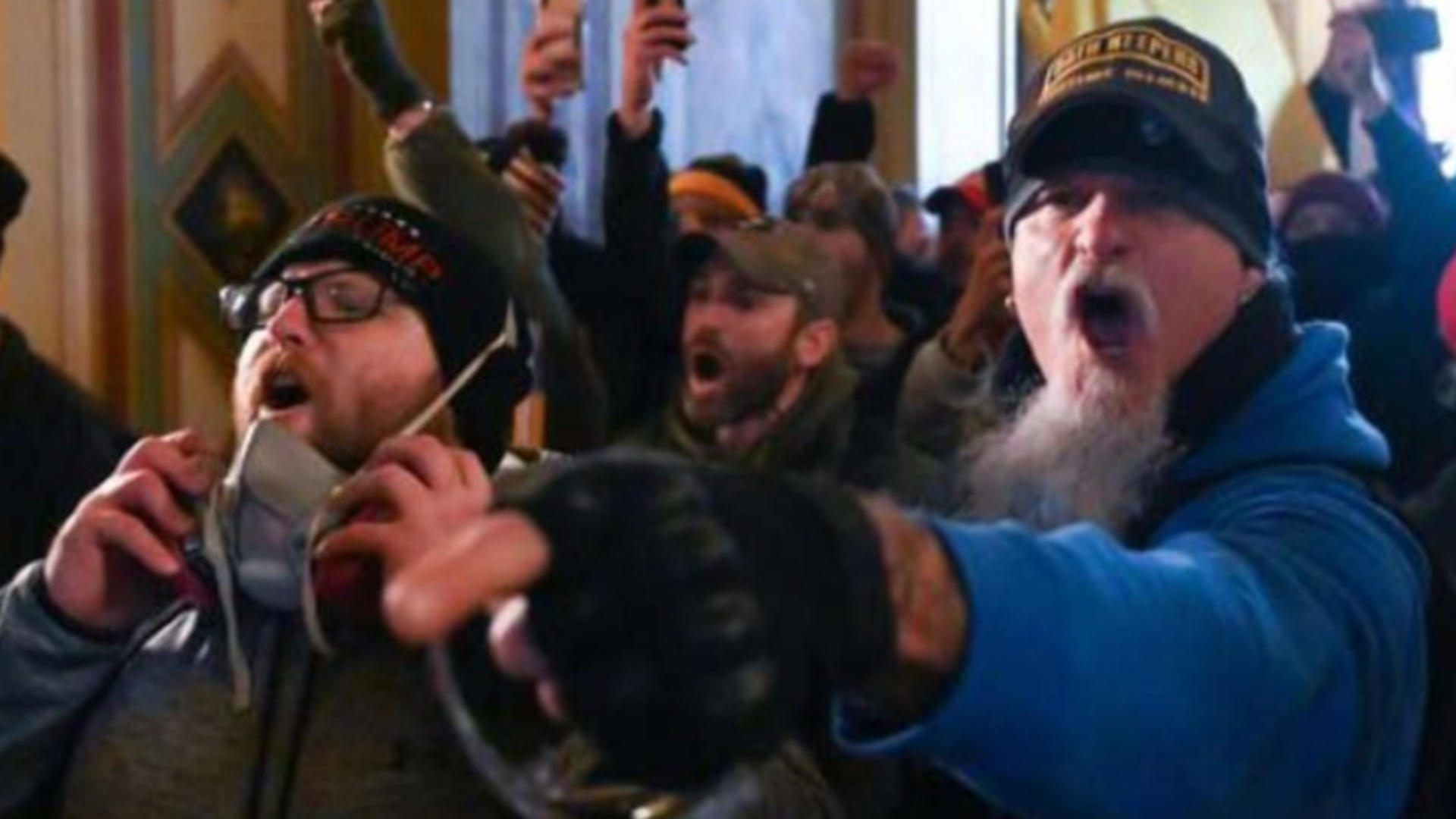 WASHINGTON — A member of the far-right Oath Keepers militia group and heavy metal guitarist on Friday became the first defendant to plead guilty to federal charges in connection with the insurrection at the U.S. Capitol.

Jon Ryan Schaffer, the frontman of the band Iced Earth, has agreed to cooperate with investigators in hopes of getting a lighter sentence, and the Justice Department will consider putting Schaffer in the federal witness security program, U.S. District Judge Amit Mehta said.

This signals that federal prosecutors see him as a valuable cooperator as they continue to investigate militia groups and other extremists involved in the insurrection on Jan. 6 as Congress was meeting to certify President Joe Biden's electoral win.

Schaffer, a supporter of former President Donald Trump, was accused of storming the Capitol and spraying police officers with bear spray. He pleaded guilty in a deal with prosecutors in federal court in Washington to two counts: obstruction of an official proceeding, and entering and remaining in a restricted building with a dangerous or deadly weapon.

An email seeking comment was sent to an attorney for Schaffer.

Schaffer, of Columbus, Indiana, was wearing a tactical vest and baseball hat that read “Oath Keepers Lifetime Member” on Jan. 6, and acknowledged in his plea agreement that he is a “founding lifetime member” of the extremist group, prosecutors said.

The 53-year-old was not charged in the case involving Oath Keepers members and associates, who are accused of conspiring with one another to block the certification of the vote. The case is the largest and most serious brought by prosecutors so far in the attack.

Authorities say those defendants came to Washington ready for violence and intent on stopping the certification. Many came dressed for battle on Jan. 6 in tactical vests and helmets and some discussed stationing a “quick reaction force” outside the city in the event they needed weapons, prosecutors have said.

In his deal with prosecutors, Schaffer admitted to being one of the first people to force their way into the Capitol after the mob broke open a set of doors guarded by Capitol Police. Schaffer was sprayed in the face with a chemical irritant that overwhelmed officers deployed and left the Capitol while holding bear spray, authorities said.

Schaffer has voiced various conspiracy theories, once telling a German news station that a shadowy criminal enterprise is trying to run the world under a communist agenda and that he and others are prepared to fight, with violence.

In court documents, the FBI said Schaffer “has long held far-right extremist views” and that he had previously “referred to the federal government as a ‘criminal enterprise.’”

He turned himself in to the FBI a few weeks after the riot, after his photograph was featured on an FBI poster seeking the public’s help in identifying rioters.

More than 370 people are facing federal charges in the deadly insurrection, which sent lawmakers into hiding and delayed the certification of Biden’s win. The Justice Department has indicated it is in separate plea negotiations with other defendants.

Also Friday, an indictment was unsealed against three men accused of assaulting a police officer during the siege. Albuquerque Cosper Head of Kingsport, Tennessee, and Kyle James Young of Redfield, Iowa, were arrested this week, authorities said. The third man indicted, Thomas Sibick of Buffalo, New York, was arrested last month and accused of ripping away the officer’s badge.