4 companies on verge of settling US opioid lawsuits

The three biggest U.S. drug distribution companies and the drugmaker Johnson & Johnson are on the verge of a $26 billion settlement in lawsuits across the U.S. 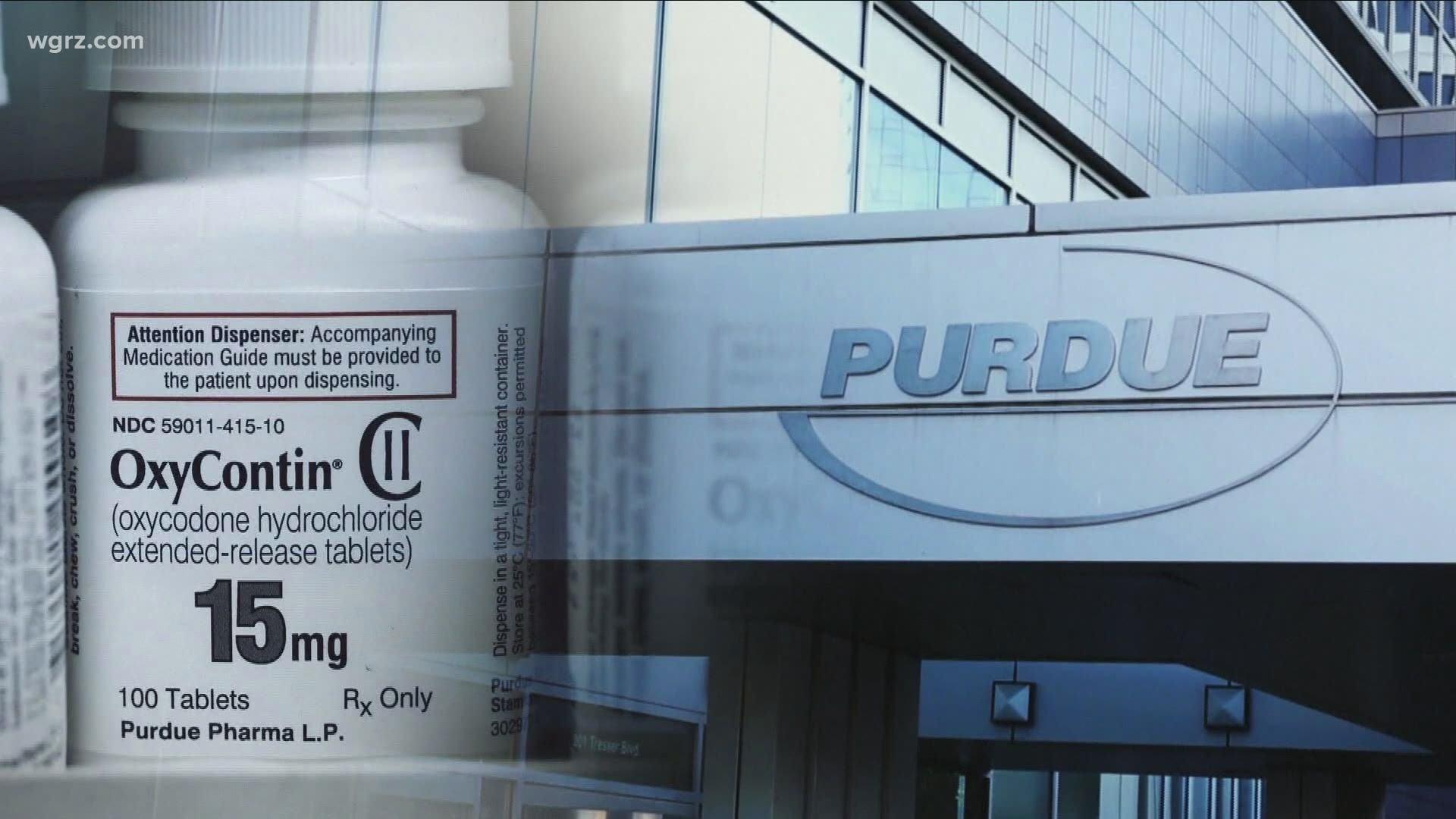 The three biggest U.S. drug distribution companies and the drugmaker Johnson & Johnson are on the verge of a $26 billion settlement covering thousands of government lawsuits over the toll of opioids across the U.S., a group of lawyers for local governments said Tuesday.

The national settlement is expected to be the biggest single settlement in the complicated universe of litigation over the opioid epidemic in the U.S. It won’t end the cases, but it would change them.

Lawyers said a full announcement could happen this week. But that would not be the end of it, rather the start of a monthslong process for state and local governments to decide whether to sign on.

“This is a nationwide crisis and it could have been and should have been addressed perhaps by other branches of government,” Paul Geller, one of the lead lawyers representing local governments across the U.S., said in a conference call with reporters Tuesday. “But this really is an example of the use of litigation for fixing a national problem.”

As a precursor to the bigger deal, New York reached an agreement Tuesday with the distribution companies AmerisourceBergen, Cardinal Health and McKesson to settle an ongoing trial in the state. That deal alone would generate more than $1 billion to abate the damage done by opioids there. The trial is expected to continue, but the settlement leaves only three drug manufacturers as defendants.

Other manufacturers, regional distribution companies and pharmacies will remain in the New York and other cases for now.

Joe Rice, another key lawyer in the national deal, said the announcement of the New York settlement was one key factor in the decision to make public some details of the planned national one now.

But parties on the other side are not going that far yet.

Cardinal Health declined to comment early Tuesday, and the other distribution companies did not respond to requests for comment. But Johnson & Johnson reiterated in a statement that it's prepared to contribute up to $5 billion to the national settlement. The company settled with New York last month just before the trial there started.

“There continues to be progress toward finalizing this agreement and we remain committed to providing certainty for involved parties and critical assistance for families and communities in need," the company said. “The settlement is not an admission of liability or wrongdoing, and the Company will continue to defend against any litigation that the final agreement does not resolve.”

The distribution companies face thousands of similar legal claims from state and local governments across the country and have long been trying to settle them all. The New York deal would become a part of a national agreement if one can be struck this year.

The state and local governments say distribution companies did not have proper controls to flag or halt shipments to pharmacies that received outsized shares of powerful and addictive prescription painkillers. The companies have maintained that they were filling orders of legal drugs placed by doctors — so they shouldn't shoulder blame for the nation's addiction and overdose crisis.

An Associated Press analysis of federal distribution data found that enough prescription opioids were shipped in 2012 for every person in the U.S. to have a 20-day supply.

And opioids — including both prescription drugs and illegal ones like heroin and illicitly produced fentanyl — have been linked to more than 500,000 deaths in the U.S. since 2000.

Under the New York settlement, the three companies would provide more than $1 billion to be used to abate the epidemic in the state. The money would be delivered in 18 annual payments, with the first one arriving this year. The national settlement would follow a similar schedule.

The companies would also establish a national clearinghouse of data on opioid distribution, and the data would be monitored by an independent body. Johnson & Johnson would also agree not to produce any opioids for the next 10 years.

Including the New York case, there are currently three trials across the U.S. of government entities' claims that companies should be held liable for the opioid crisis. One in California focuses solely on drugmakers, and one scheduled to wrap up this month in West Virginia aims only at distributors. That trial is expected to forge ahead because the settlement will not be finalized before closing arguments scheduled for next week.

Other cases are queued up to start. The only one of its kind to reach a verdict so far was two years ago in Oklahoma. There, a judge ordered Johnson & Johnson, the only company not to settle before that trial, to pay $465 million. The company is appealing the judgment.

The New York case is the broadest one to go to trial so far — and the first with a jury deciding the case rather than only a judge.

With so many cases approaching trial, there's been a flurry of proposed or realized settlements over opioids. OxyContin maker Purdue Pharma declared bankruptcy as part of its effort to settle cases. It is proposing a reorganization that would use all future profits to fight the epidemic as part of a deal the company values at about $10 billion over time. That plan will face some opposition at a confirmation hearing in U.S. Bankruptcy Court next month.