No masks, no distance: Pandemic wedding horrors for vendors 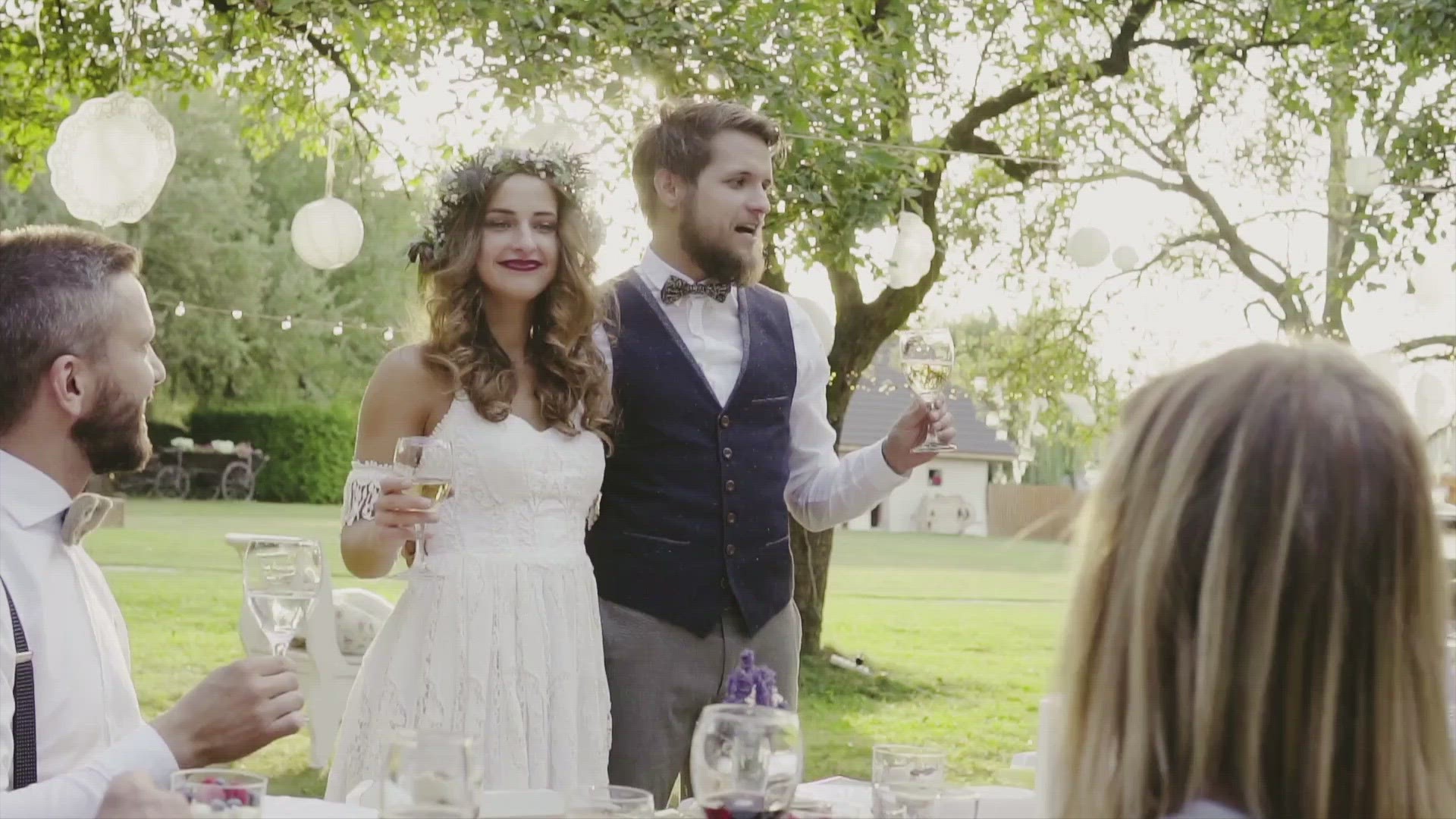 NEW YORK — Wedding planners, photographers and other bridal vendors who make the magic happen have a heap of new worries in the middle of the pandemic: no-mask weddings, rising guest counts and venues not following the rules.

Now that weddings have slowly cranked up under a patchwork of ever-shifting state and local restrictions, horror stories from vendors are rolling in. Many are desperate to work after the coronavirus put an abrupt end to their incomes and feel compelled to put on their masks, grab their cameras and hope for the best.

No-mask weddings, no social distancing and dance floors prohibited in many states have been the talk of online groups for vendors around the country.

“People have worked in venues outright looking the other way on masks and size," said photographer Susan Stripling in New York.

Reports of COVID-19 outbreaks traced to weddings remain rare. One wedding was shut down by local officials at a San Francisco church; the nearly 100 guests had been instructed by the bridal couple to avoid the public entrance and go in through an underground parking garage instead.

Photographer Cherie Schrader in Chicago said she felt deceived when she showed up for a July wedding with 165 unmasked people indoors after being assured all safety precautions would be taken.

There was no social distancing. The crowd mingled at a happy hour and the dance floor was lively.

“I was told by the bride that it was an indoor-outdoor venue, but it was 95 degrees and they never opened the doors,” she said. “The tables were, at the most, 3 feet apart," she said, noting masks should have been required at all times under those conditions.

"It looked like a normal wedding pre-COVID,” Schrader said.

RELATED: Wedding planning during a pandemic

The rule for indoor gatherings in her state was half a venue’s capacity or up to 50 people, whichever was lower, she said. Schrader, wearing two masks, said she forced the bridal party outside for formal pictures in the heat and humidity.

“They complained because they were all sweating, but I was spending the least amount of time as possible inside,” she said.

Schrader entered the venue, which she would not name out of fear of professional retribution, for short stints to shoot special moments, such as the cake cutting. An associate photographer voluntarily remained inside to work.

Credit: AP
FILE - People wearing face masks pass by newlyweds kissing as they posing for wedding photos at the Olympic Forest Park in Beijing on July 2, 2020. Now that weddings have slowly cranked up under a patchwork of ever-shifting restrictions, horror stories from vendors are rolling in. Many are desperate to work after the coronavirus put an abrupt end to their incomes and feel compelled to put on their masks, grab their cameras and hope for the best. (AP Photo/Andy Wong)

“I truly love my brides and grooms, and then to be pressured to risk my life is extremely disappointing," she said. "I have an 80-year-old mom.”

Alexis Alvarez, a wedding planner in Chicago, said she and other vendors often have no practical recourse to recoup deposits or full payments if they pull out.

She has a long-scheduled wedding with a guest list of about 100 planned for October in Wisconsin, where state health officials recently advised residents to avoid gatherings of more than 10 through late August. The couple had postponed once and might do it again, as some couples have done three times or more.

That, vendors said, has helped drive a desire among brides and grooms to just get it done, with many choosing small, micro-weddings instead of the larger affairs they had dreamed of.

Whether the weddings are large or small, indoor or outdoor, masks have become a sticking point for photos and video. Some couples argue that masks spoil their visuals and are banning them altogether. Others are making them optional. Still more are going the opposite route, wearing bedazzled satin and lace masks to match their gowns.

“I get that this is not how they want their weddings to look,” Alvarez said. “The big question everyone needs to be answering right now is what's the moral responsibility, and also what's their liability in hosting an event that potentially could lead to an outbreak?”

She said that breaking her contract for the indoor wedding, where masks would be optional, would cost her $4,000. It's her first job this year. In a normal year, she would be juggling 28 weddings from March to September.

While the couple trimmed their guest list from 175 to help with social distancing, “masks are not a concession that they're willing to make,” Alvarez said. “The reality is guests that don't feel safe attending events aren't going to.”

Alvarez plans other safety measures, such as spreading out tables and offering wider-spaced seating grouped by households, when possible. She also suggested a tactic used by other couples, offering color-coded wristbands for guests to declare their comfort levels with contact.

To avoid crowd issues, some couples are holding their ceremonies and receptions with different groups of guests invited at staggered times.

“There’s just so much emotional baggage that has come with weddings this year that the idea of masks at their weddings is the last straw,” Alvarez said. “But of course there’s danger in that.”

Wedding planner Lynne Goldberg has a December wedding scheduled for 200 guests at the home of the bride’s parents in upstate New York.

“They have emphatically shared that this pandemic is not going to get in the way of their wedding plans and that there will be no masks handed out and no signs promoting social distancing at their wedding,” she said. “The bride has said that when she shows her children her wedding video, she doesn't want it to be a documentary of the 2020 pandemic.”

Most of Goldberg's couples have rescheduled or downsized, but “there's always someone who doesn't want to follow the recommended path.”

Planning a wedding for 200 guests while social distancing is challenging but doable, Goldberg said, but: “Asking 200 guests to not wear masks is crazy.”

Fred Cashman, 55, is a cancer survivor who remains immune-suppressed. His 25-year-old stepson is getting married Aug. 8 in upstate New York, but he won't attend due to his health.

The couple decided not to postpone when the pandemic struck, but trimmed their guest list from 100 to about 50, he said. They had wanted to make masks optional, until Cashman's wife, Kat Cashman, stepped in after attendees at a wedding in a nearby town fell ill with COVID-19.

“I just put my foot down and said it’s got to be mandatory or no mom," she said. “It's a big thing. I take it very personally.” 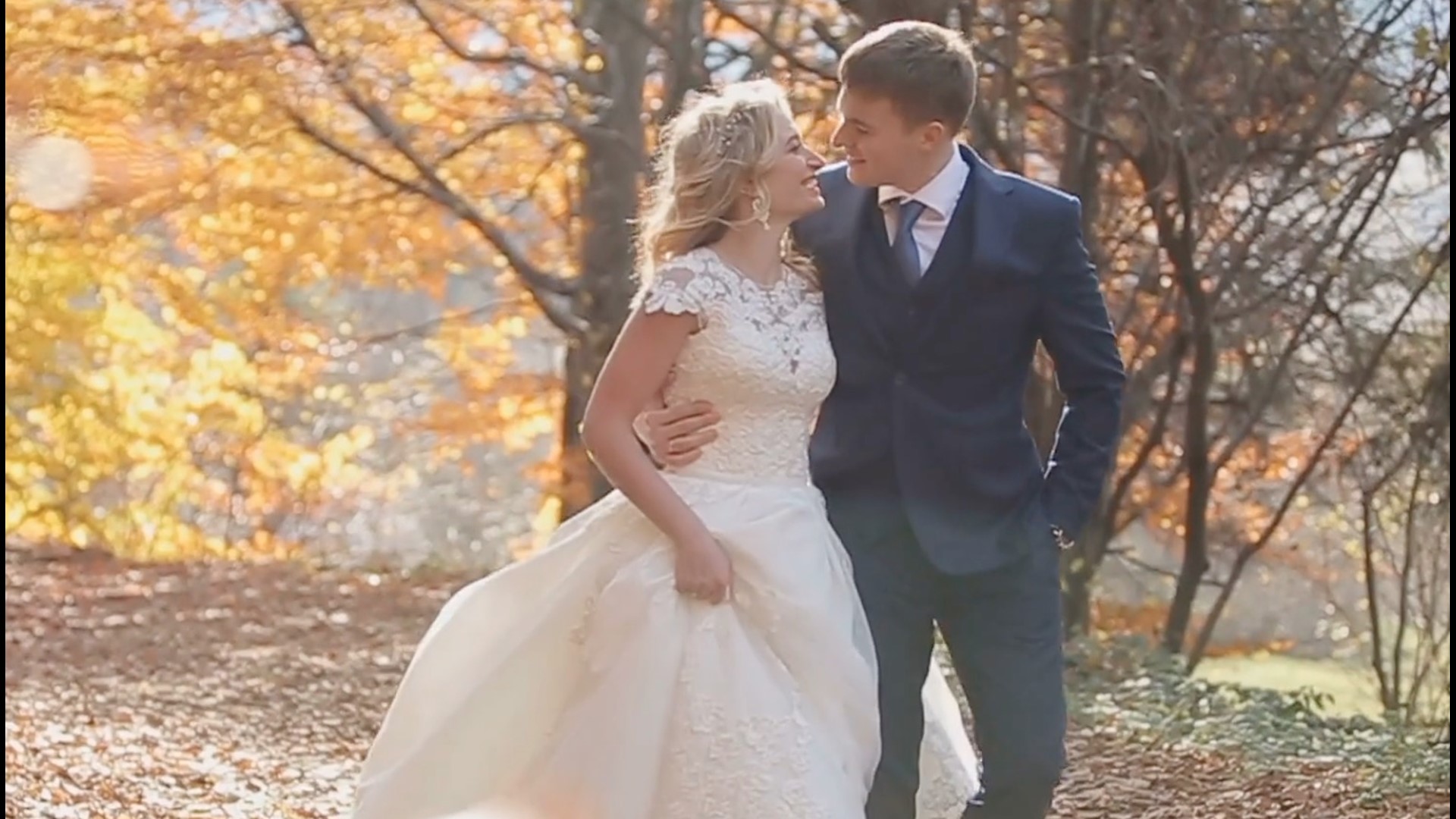