Newly found planet close to Earth in size and temperature

NASA says the exoplanet is the closest to Earth in size and temperature discovered yet. 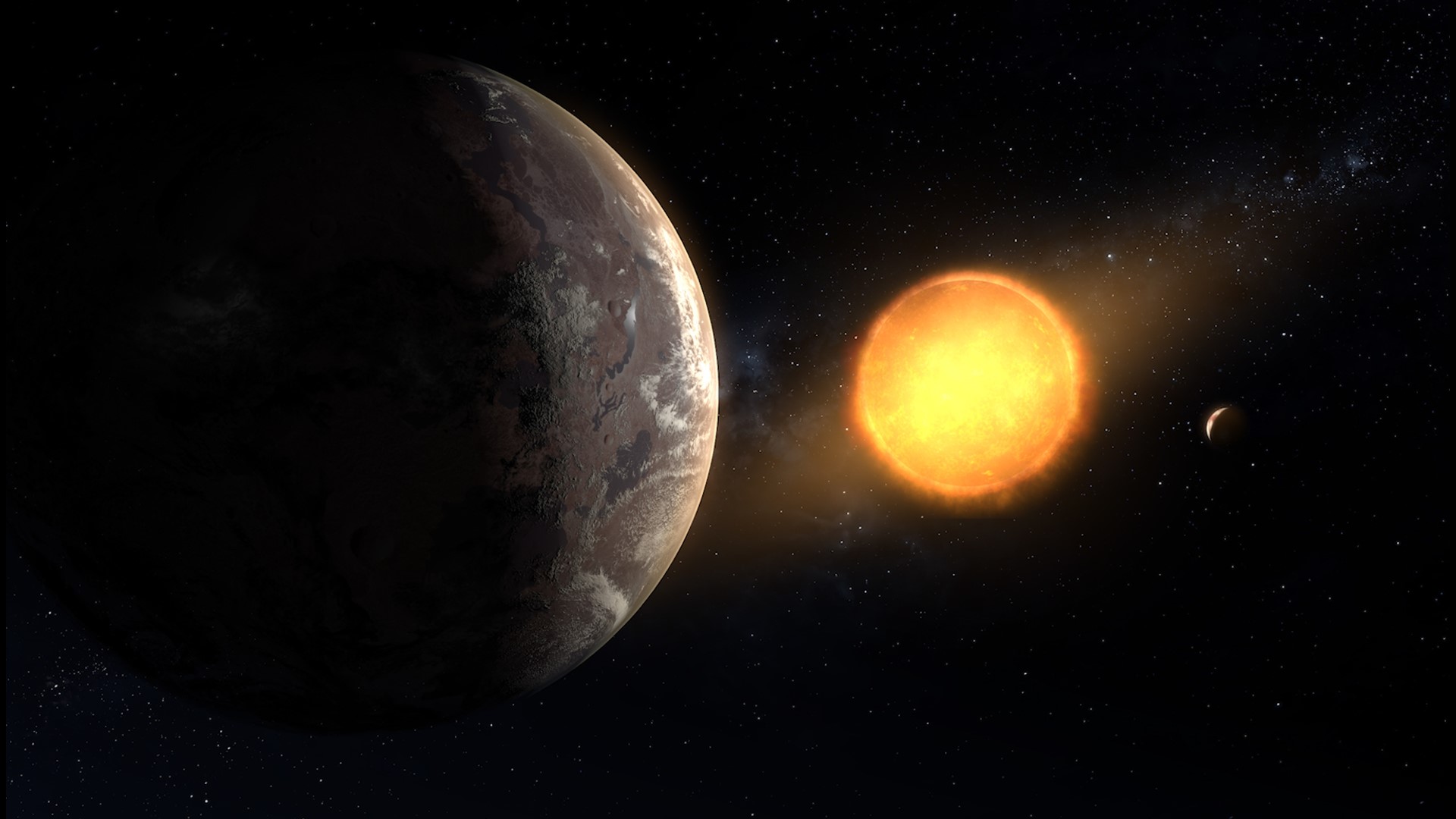 WASHINGTON — An Earth-sized planet in its star's habitable zone has been discovered in data from NASA’s Kepler space telescope. NASA says the newly found exoplanet is the closest to Earth in size and temperature discovered yet in Kepler's data.

An exoplanet is any planet beyond our solar system, and the habitable zone is the area around a star where a rocky planet could support liquid water.

NASA said in a statement released Thursday that the exoplanet, called Kepler-1649c, is located 300 light-years from Earth, and is the most similar to our own home planet in size and estimated temperature. It's just 1.06 times larger than Earth.

Scientists had discovered it when looking through old observations from the Kepler telescope, which the agency retired in 2018, NASA says. Researchers reviewing Kepler data had taken a second look and recognized it as a planet, after previous searches with a computer algorithm misidentified it.

The exoplanet orbits a red dwarf, unlike Earth's sun, and such are known for stellar flare-ups that may make a planet's environment challenging for any potential life.

"This intriguing, distant world gives us even greater hope that a second Earth lies among the stars, waiting to be found,” said Thomas Zurbuchen, associate administrator of NASA’s Science Mission Directorate in Washington.

NASA says astrobiologists will still need much more information about Kepler-1649c to gauge if it's promising for life as we know it.