When MLB realigned the minor league system this summer, some cities were left without a major draw. Now their economies are trying to move on. 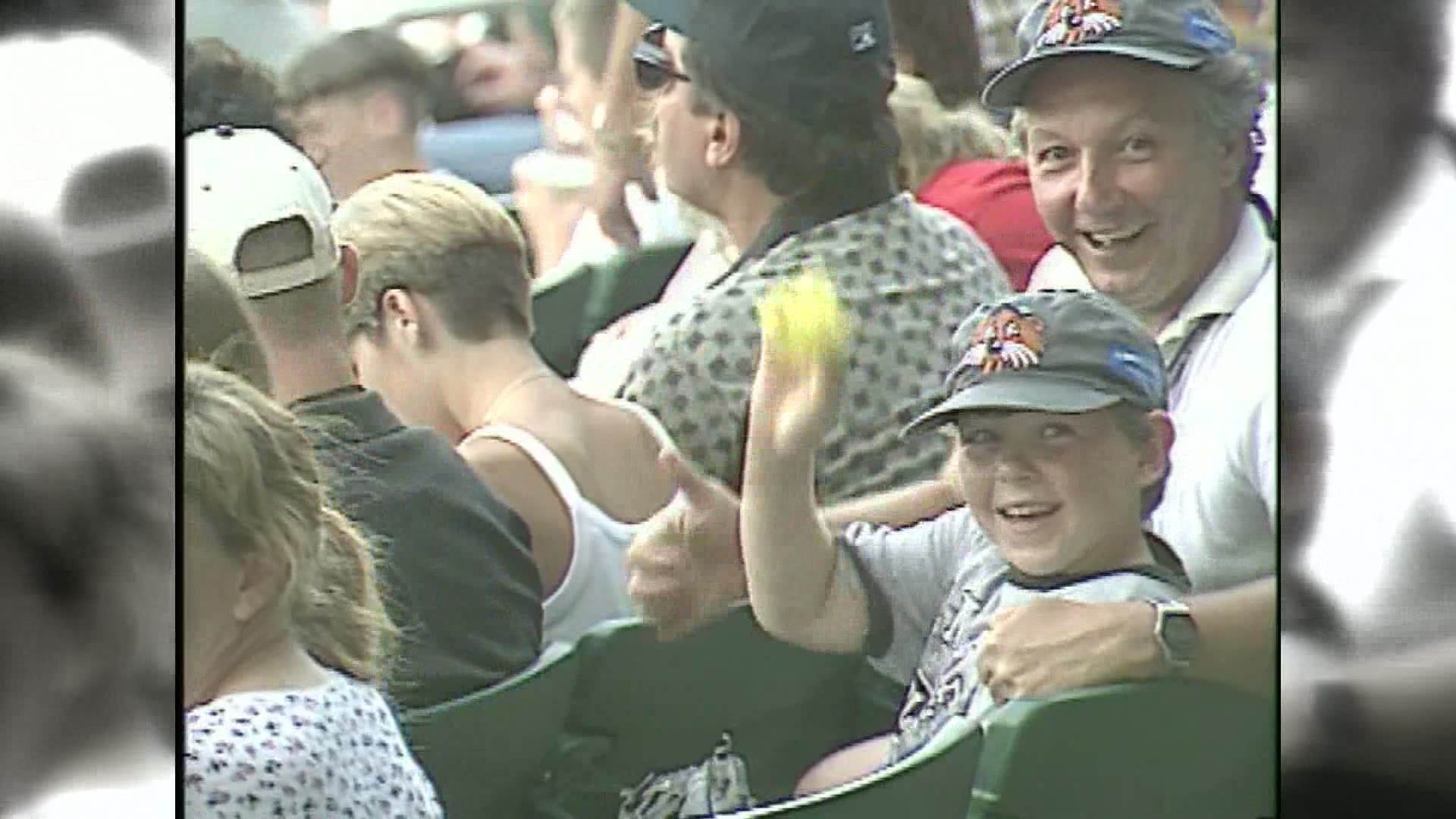 Editors Note: The video in the player above is from a story that aired in May 2021.

The space would only work in the right location, and the one he found on Port Charlotte’s El Jobean Road seemed perfect.

Before the eatery even opened, the minor league team that called the stadium home was gone.

When Major League Baseball stripped 40 teams of their affiliation in a drastic shakeup of the minor leagues this winter, most were compensated with an alternative high-level club, such as a college summer league team.

Port Charlotte, Florida, was among a handful of exceptions. The Charlotte Stone Crabs — formerly a Class A affiliate of the Tampa Bay Rays — were forced to close entirely, and there's no plan to replace them. Their departure has left businesses, nonprofits, youth baseball leagues and others in the community seeking ways to replace the revenue and revelry the ball club provided.

“It became a part of the fabric of our organization,” said Lynn Dorler, head of the Boys & Girls Clubs of Charlotte County. “We miss that.”

Parsley had hoped fans filing in and out of the ballpark would provide big business for his unusual space, but since Twisted Fork finally opened last September, he's had to adjust expectations for the reality that minor league ball might be gone forever from this town on Florida's Gulf Coast.

“I can only imagine what the games would have done for us," he said.

The Stone Crabs' community ties were big and small. Some losses are regrettable but hardly crushing — the Port Charlotte Little League, for example, used to be provided with the baseballs left over each season in the Stone Crabs’ batting cages.

“They were generous,” league President Lou Agosto said. “We miss them in a lot of ways. I wish they didn’t make this move, but it’s something we have to live with.”

Dorler’s Boys & Girls Clubs leaned heavily on the Stone Crabs. The Florida State League team hosted games as early as 10 a.m. to accommodate kids attending the Boys & Girls Clubs’ summer camps, and players were frequent visitors to the organization’s headquarters. Two Stone Crabs general managers even served on the nonprofit’s board of directors.

“Our kids knew Blake Snell before Blake Snell was even in the major leagues,” Dorler said of the 2018 AL Cy Young Award winner. “Willy Adames, when he was in the minor leagues, he was so good with our kids, playing catch with our kids on the field. He just went above and beyond to be friendly to kids in our community.”

The sides coordinated to host a major fundraising gala for the Boys & Girls Clubs each spring, known as the BaseBALL. The Rays big league team was also involved in the event, and Dorler is optimistic it will continue with help from Tampa Bay. And with the Rays still holding spring training in Port Charlotte, kids in the area aren't entirely without baseball.

But Dorler knows there will be a void for the summer months — and the lost chance for kids to see up close what it looks like as someone pursues their ambitions.

“It’s priceless,” Dorler said. “It’s an opportunity to see a dream or set a goal, to say, ‘I want to be like that, I want to be successful.’

“To interact with baseball players, it helps them dream,” he added. “It helps them see something for their future.”

Officials in Lancaster, California, are trying to figure out what to do with The Hangar, the 7,000-seat former home of the Lancaster JetHawks. Lancaster city manager Jason Caudle told The Los Angeles Times the city is researching options, which could include converting the park into an amphitheater.

Jackson, Tennessee, has taken a similar approach after losing the Double-A Generals. The team’s license for The Ballpark at Jackson terminated May 31, and city officials have begun soliciting proposals on ways to utilize the 6,000-seat stadium.

Mayor Scott Conger told The Associated Press he sees significant financial opportunity for the city in finding a new use for the city-owned facility.

For starters, Conger said, baseball's biggest impact on his community never came from the Generals, but instead from the youth travel tournaments held on the 17-field sports complex nearby. Those tournaments are still bringing families to the area in droves.

The city had been paying around $1.3 million annually in stadium operations as part of their agreement with the Generals, and Conger said “the return on investment annually was not anywhere near where it needed to be.”

“We have a prime and fantastic asset for the city of Jackson right in a prime location on Interstate 40, and people want to be a part of it and utilize the stadium,” he said. “I think for us, it’s really the first time that we’ve been in charge of our own destiny with that stadium. And so we have an opportunity to maximize the stadium usage to its full potential.”

That doesn't mean there isn't disappointment. Josh Smith, a 45-year-old marketing manager in Jackson, said the community is missing the Generals dearly.

The Ballpark at Jackson was his family's favorite gathering space, and he cherished the idea of sharing that with his niece and two nephews. Locals are used to driving to nearby Nashville or Chattanooga for concerts, the zoo and other forms of entertainment, but Smith said they had gotten used to having baseball in their backyard.

“It was what baseball was always supposed to be,” he said. “It's your whole community having a blast.”

Sad as those who spoke to the AP were about losing their minor league club, all were also understanding. Charlotte, Jackson and Lancaster all ranked in the bottom third of all minor league teams in attendance in 2019.

“I want to believe that minor league baseball will come back to Charlotte County,” said Dorler, the Boys & Girls Clubs executive. “I don’t know businesswise whether that makes sense for MLB.”

Parsley, the restaurant owner, echoed that sentiment. When the Rays hosted 14 spring training games this year, it didn’t matter that COVID-19 restrictions were still limiting capacity — the crowd still spilled out and filled the Twisted Fork, leaving Parsley to wonder what might have been.

“I still wear my Stone Crabs hat and shirt,” he said. “It’d be cool to see another team roll back in here sometime. There is support with the community.”