Before the tower collapsed June 24, the county board already had a backlog of 1,000 unsafe-structure cases, the Miami Herald reported. 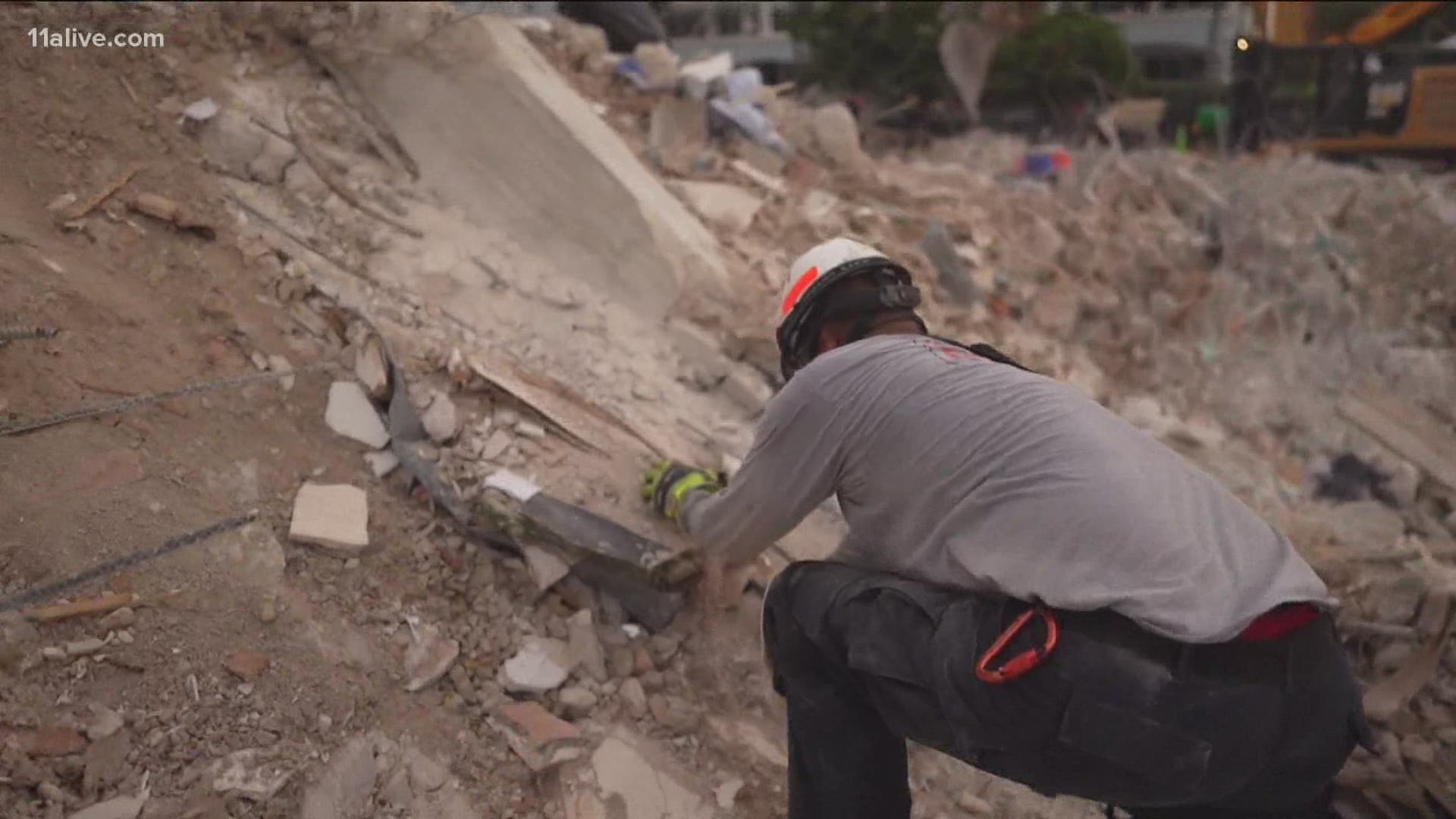 MIAMI — Miami-Dade County's Unsafe Structures Board is under pressure to speed up the process for reviewing problematic structures following the collapse of the Champlain Towers South a month ago.

Before the tower collapsed June 24, the county board already had a backlog of 1,000 unsafe-structure cases, the Miami Herald reported.

Now, starting this week, an engineer's report declaring a building structurally safe is required before an extension can be granted when recertifications are so overdue they have been referred to the unsafe structures board, the newspaper reported.

If a building can't get an engineer's endorsement that quickly, residents would have to be evacuated, Spencer Errickson, supervisor of the county's Unsafe Structures division, said at a meeting Wednesday.

It was the first time the board has met since the tower, which was undergoing a 40-year recertification, collapsed, killing at least 97 people.

Members of the board that hears enforcement cases brought by county and city inspectors against buildings deemed unsafe or out of compliance said they want to crack down on delays rather than defer them to future meetings, the Herald reported.

“We are here every month. Every month,” board member Lynn Matos said. “I don’t understand how we can have over 1,000-something cases sitting out there, and we don’t know why.”

Cities within the county have their own building departments and inspectors, but all except for Miami and Miami Gardens use the county’s system for hearing unsafe-structure cases, according to the newspaper.

Credit: AP
Liliana Abrill tapes roses to posts to which wooden hearts representing victims of the Champlain Towers South condo building collapse are affixed, as she helps set up for a multi-faith vigil near the site where the building once stood, Thursday, July 15, 2021, in Surfside, Fla. (AP Photo/Rebecca Blackwell)

“The stuff has really hit the fan right now, with this building in Surfside,” said board member Marco Gorrin. “Why are we continuing to defer? ... It just continues to drag.”

Officials said most violations are not typically serious, but are included on a list of items needed to bring a building into compliance, such as proper labeling on a fuse box or stucco replacement.

Errickson said some of the backlogged cases are stalled by court action, where owners sue and freeze enforcement proceedings. Some are considered in compliance as they conduct repairs. And others get delayed once officials see progress is being made toward the fixes.

“We’re trying to work with them,” Errickson said.