The son of sharecroppers was influenced by the Rev. Dr. Martin Luther King Jr. and helped organize the 1963 March on Washington. 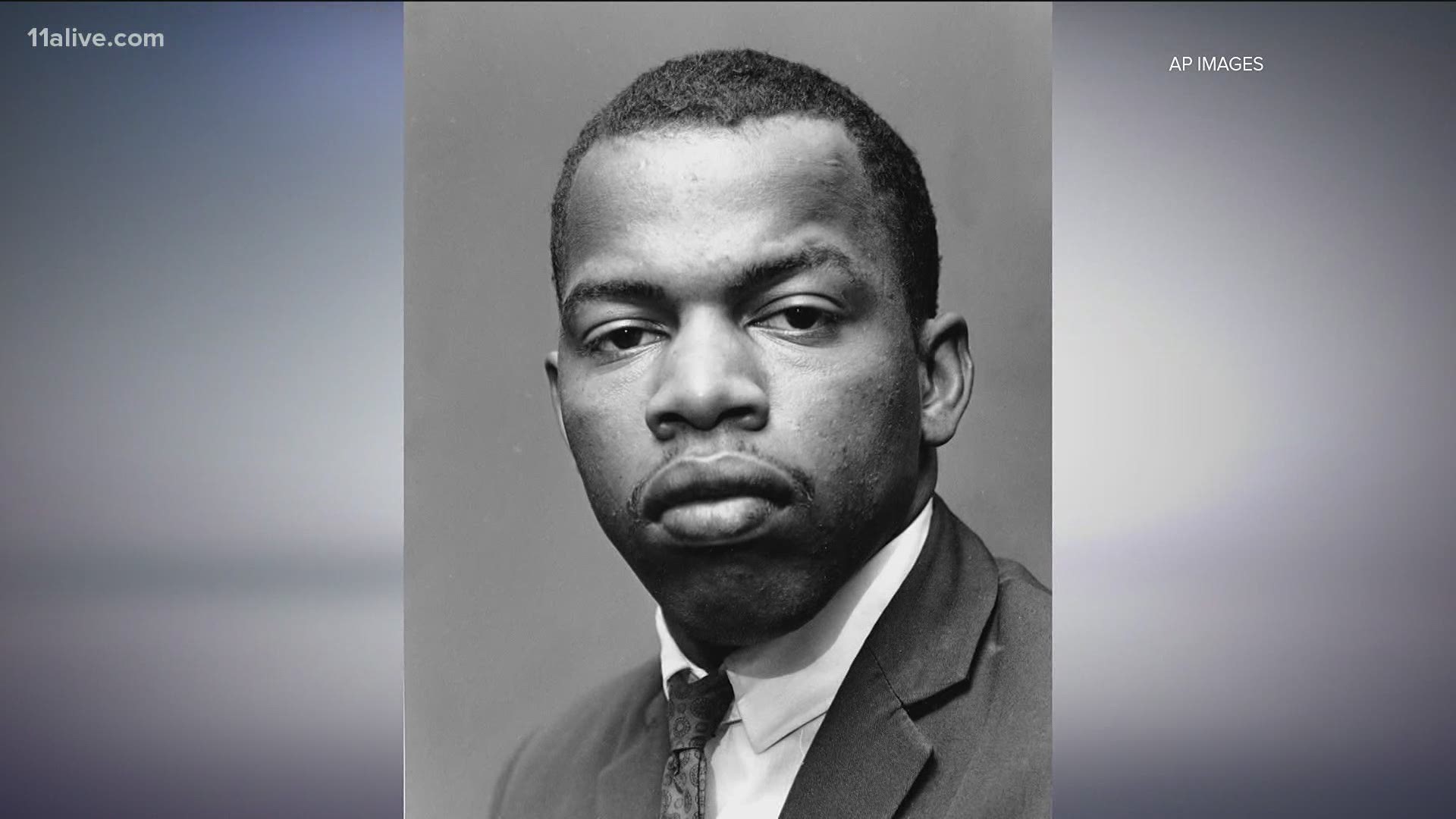 John Lewis, an icon of the civil rights movement who helped organize the 1963 March on Washington and became a 17-term United States congressman, died Friday. He was 80.

John Robert Lewis, the son of sharecroppers, was born outside of Troy, Alabama, on February 21, 1940. Inspired by the Rev. Dr. Martin Luther King Jr., he made a commitment at a young age to become part of the civil rights movement.

A student at the American Baptist Theological Seminary and Fisk University, historically Black colleges in Nashville, Tennessee, Lewis protested during nonviolent sit-ins at segregated lunch counters and was arrested on multiple occasions.

He also participated in the Freedom Rides, aimed at desegregating interstate bus terminals, many times choosing to sit where only whites were allowed. He was often beaten by angry mobs and held by police.

By 23, Lewis was one of what became known as the "Big Six," a group of civil rights leaders who organized the 1963 March on Washington. It was there that Dr. King gave his "I Have A Dream" speech.

Lewis was a keynote speaker at the event.

"To those who have said, 'Be patient and wait,' we have long said that we cannot be patient. We do not want our freedom gradually, but we want to be free now," Lewis said to thunderous applause from the crowd.

The moment that may have defined Lewis' legacy, though, came two years later. On March 7, 1965, Lewis helped lead a march from Selma, Alabama to Montgomery, the state capital. Some 600 nonviolent protesters marched across the Edmund Pettus Bridge in Selma. They were attacked by Alabama state troopers, and Lewis ended up with a fractured skull. The incident became known as “Bloody Sunday.” The accounts and images of that day are credited with helping pass the 1965 Voting Rights Act.

Lewis, a Democrat, represented Georgia's 5th District in the Atlanta area since his election in 1986. He won re-election easily each time he was challenged, even running unopposed on the ballot in the general election six times, according to the Georgia Secretary of State’s Office.

While a member of Congress, Lewis continued the activism that made him an icon during the civil rights movement. He was one of eight Congress members arrested at an immigration rally in Washington, D.C., in October 2013.

Lewis led a sit-in on the floor of the United States House of Representatives, calling for legislative action on gun violence following the 2016 Pulse nightclub shooting that killed 49 people in Orlando, Florida.

He also spoke at the 2018 March For Our Lives rally in Atlanta following the shooting at Marjory Stoneman Douglas High School in Parkland, Florida, that killed 17 students and staff. Lewis urged young people to use their votes to fight against gun violence.

“I gave a little bit of blood on that bridge in Selma, Alabama, 53 years ago for the right to vote,” Lewis said. “Send those folks home who cannot vote against guns.” 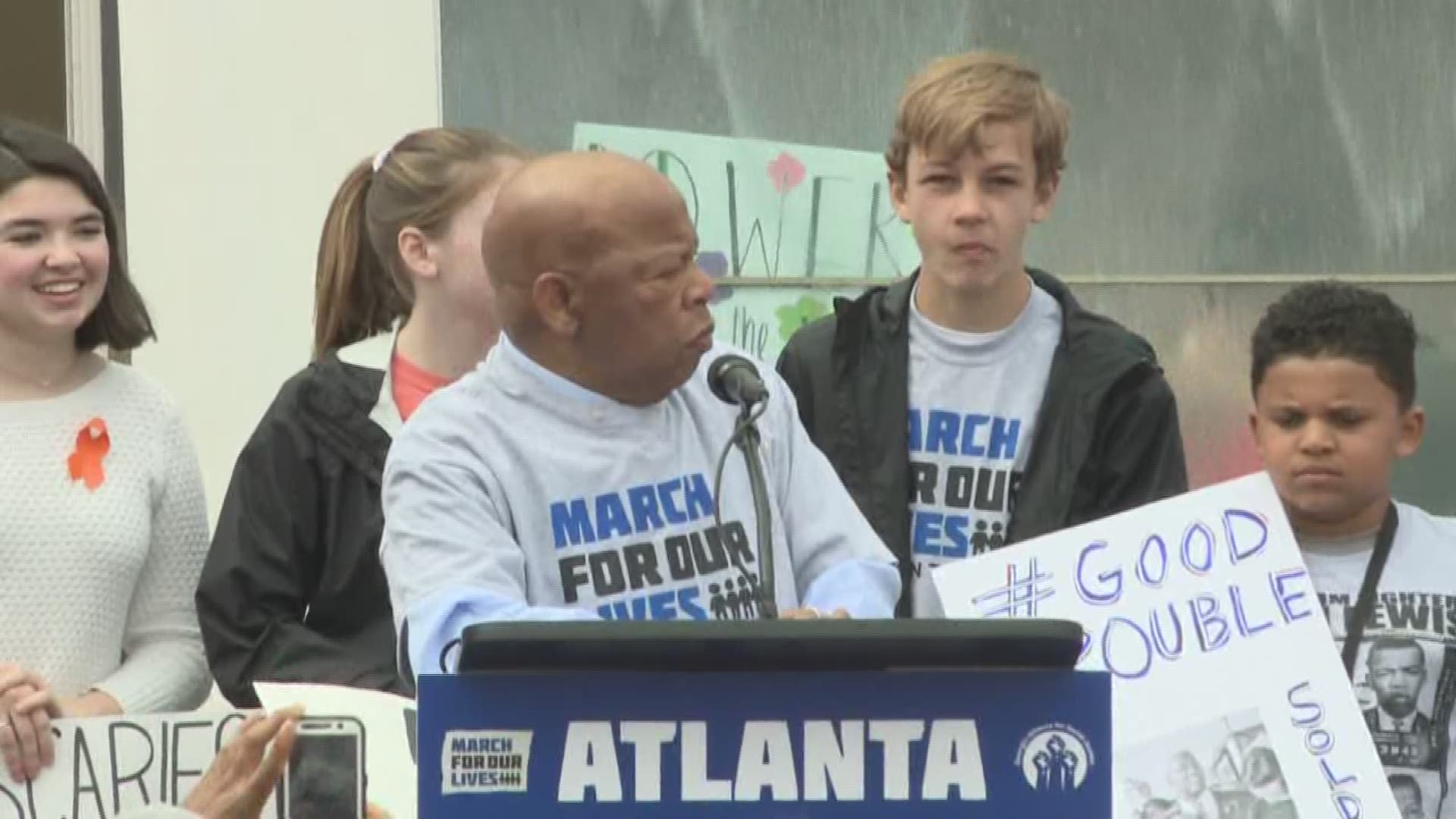 Lewis had not been shy about opposing the last two Republican presidents. Lewis boycotted the inauguration of President George W. Bush in 2001.

Lewis was awarded the Presidential Medal of Freedom by President Barack Obama in 2011. The John F. Kennedy Library Foundation, which awards its Profile in Courage Award, presented its only Lifetime Achievement award to Lewis in 2001.

“Courage is not heroic but as necessary as birds need wings to fly. Courage is not rooted in reason but rather courage comes from a divine purpose to make things right,” Lewis said accepting the 2014 Freedom Award from the U.S. Capitol Historical Society..

Lewis also became an award-winning author with a series of graphic novels called "March," aimed at teaching young readers about the civil rights movement. He won the National Book Award in 2016 for his third installment in the series. Lewis fought back tears as he accepted the award.

"I grew up in rural Alabama, very poor, very few books in our home,” he said. “I remember in 1956, when I was 16 years old, going to the public library to get library cards, and we were told the library was for whites only and not for coloreds. And to come here and receive this honor… it’s too much."

Lewis was not serious all the time. He showed he could still have fun at 76 years old when he crowd-surfed on “The Late Show with Stephen Colbert.”

Lewis was married to his wife, Lillian, for 44 years before her passing in 2012. He leaves behind a son, John-Miles Lewis.

Information from John Lewis's House of Representatives bio, Biography.com, and the John F. Kennedy Library Foundation was used in this story.