Richard Keedwell wanted justice and spent his son's inheritance to try getting it. 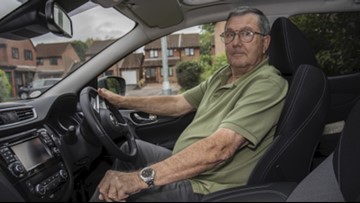 A man in the United Kingdom was so determined to get a $120 speeding ticket rescinded, he has reportedly used up his son's inheritance to prove his point.

BBC News reports Richard Keedwell, 71, has spent three years and nearly $37,000 in an effort to clear his name on a ticket for allegedly going 35 mph in a 30 mph zone. Keedwell claims he wasn't speeding.

He reportedly hired a video and electronics expert who told the court the camera that caught Keedwell may have been faulty or been triggered by a car that was next to him.

RELATED: A bank accidentally put $120,000 in a couple's account. They were arrested for spending it

Keedwell lost the case and an appeal, all of which required multiple trips to court. The $37,000 reportedly includes lawyers' fees, court costs and travel expenses.

Keedwell said he regretted how much money was spent and that the case was very stressful, but he wanted justice.

He also said he felt guilty that his family would now miss out on the money in his search for justice.