In a letter addressed to President Joe Biden Thursday, attorneys general from 24 states called the vaccine mandate a "threat to individual liberty." 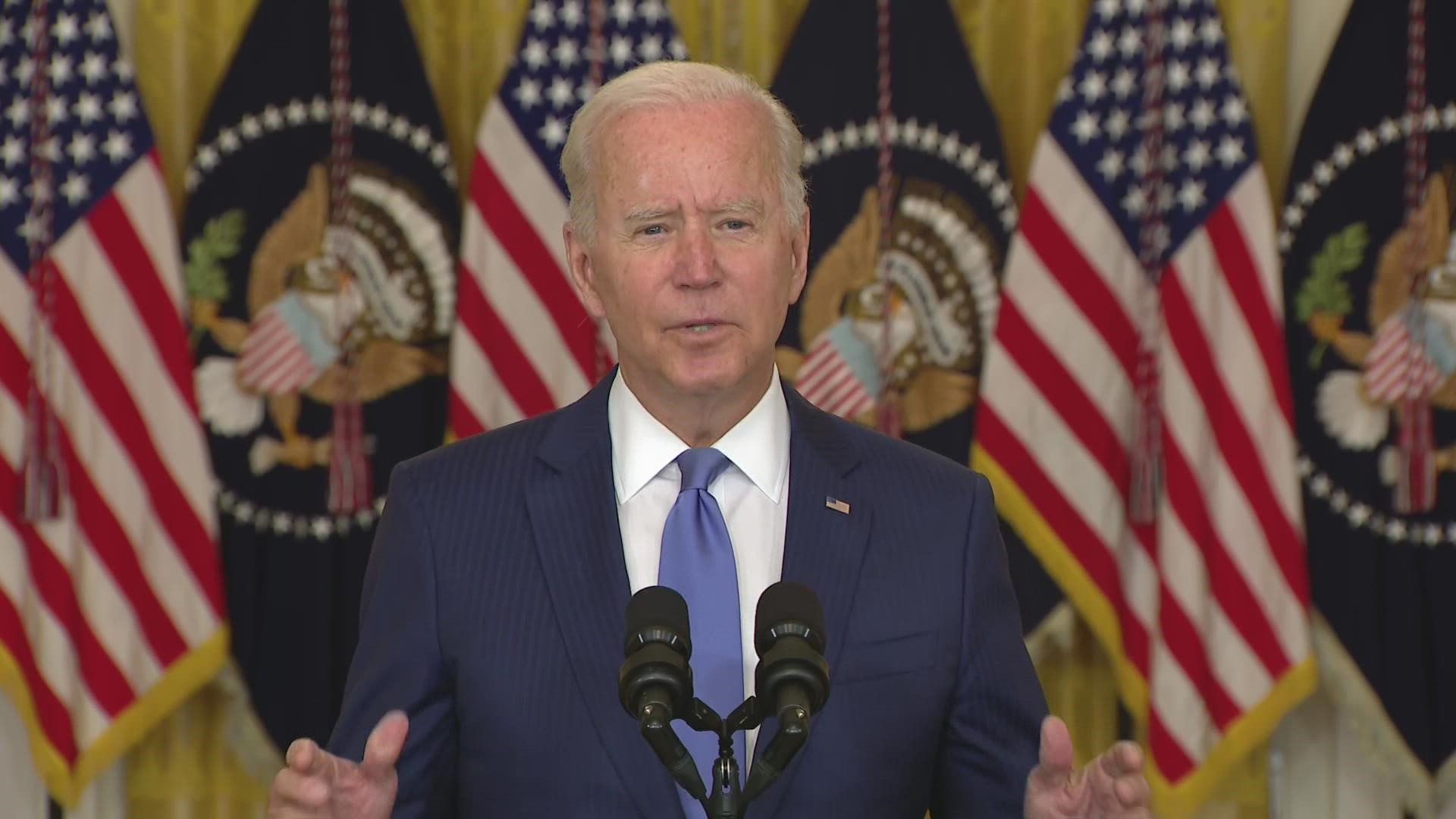 WASHINGTON — Two dozen Republican attorneys general warned the White House on Thursday of impending legal action if a proposed coronavirus vaccine requirement for as many as 100 million Americans goes into effect.

“Your plan is disastrous and counterproductive,” the prosecutors, led by Attorney General Alan Wilson of South Carolina, wrote in a letter sent to President Joe Biden. “If your Administration does not alter its course, the undersigned state Attorneys General will seek every available legal option to hold you accountable and uphold the rule of law.”

The letter is the latest GOP opposition to sweeping new federal vaccine requirements for private-sector employees, health care workers and federal contractors announced by Biden earlier this month. The requirement, to be enacted through a rule from the Occupational Safety and Health Administration, is part of an all-out effort to curb the surging COVID-19 delta variant.

The Safer Federal Workforce, which was established when Biden took office, posted on its website Thursday that federal workers must be fully vaccinated by Nov. 22. That means they would need to get their final dose no later than Nov. 8. This does not apply to private sector workers, only federal employees.

Meanwhile, the OSHA rule, which covers nearly two-thirds of the private sector workforce, would last six months, after which it must be replaced by a permanent measure. Employers that don’t comply could face penalties of up to $13,600 per violation.

Once it’s out, the rule would take effect in 29 states where OSHA has jurisdiction, according to a primer by the law firm Fisher Phillips. Other states like California and North Carolina that have their own federally approved workplace safety agencies would have up to 30 days to adopt equivalent measures.

Republican leaders — and some union chiefs, too — have said that Biden was going too far in trying to muscle private companies and workers. One of the first to speak out was Gov. Henry McMaster of South Carolina, who said on Twitter that his state would fight to “the gates of hell to protect the liberty and livelihood of every South Carolinian.”

Writing to Biden that the vaccine “edict is also illegal,” Wilson warned that courts have fully upheld only one of 10 emergency temporary OSHA standards in recent decades

The prosecutors also cautioned that the “edict is unlikely to win hearts and minds — it will simply drive further skepticism” over vaccines.

“Your vaccine mandate represents not only a threat to individual liberty, but a public health disaster that will displace vulnerable workers and exacerbate a nationwide hospital staffing crisis, with severe consequences for all Americans," they write.

In lieu of vaccine or weekly testing requirements, the prosecutors proposed that some companies could have employees work remotely, rather than report in person.

Travis Pittman contributed to this report.