Maxwell has been charged with recruiting and grooming girls for Jeffrey Epstein to sexually abuse. 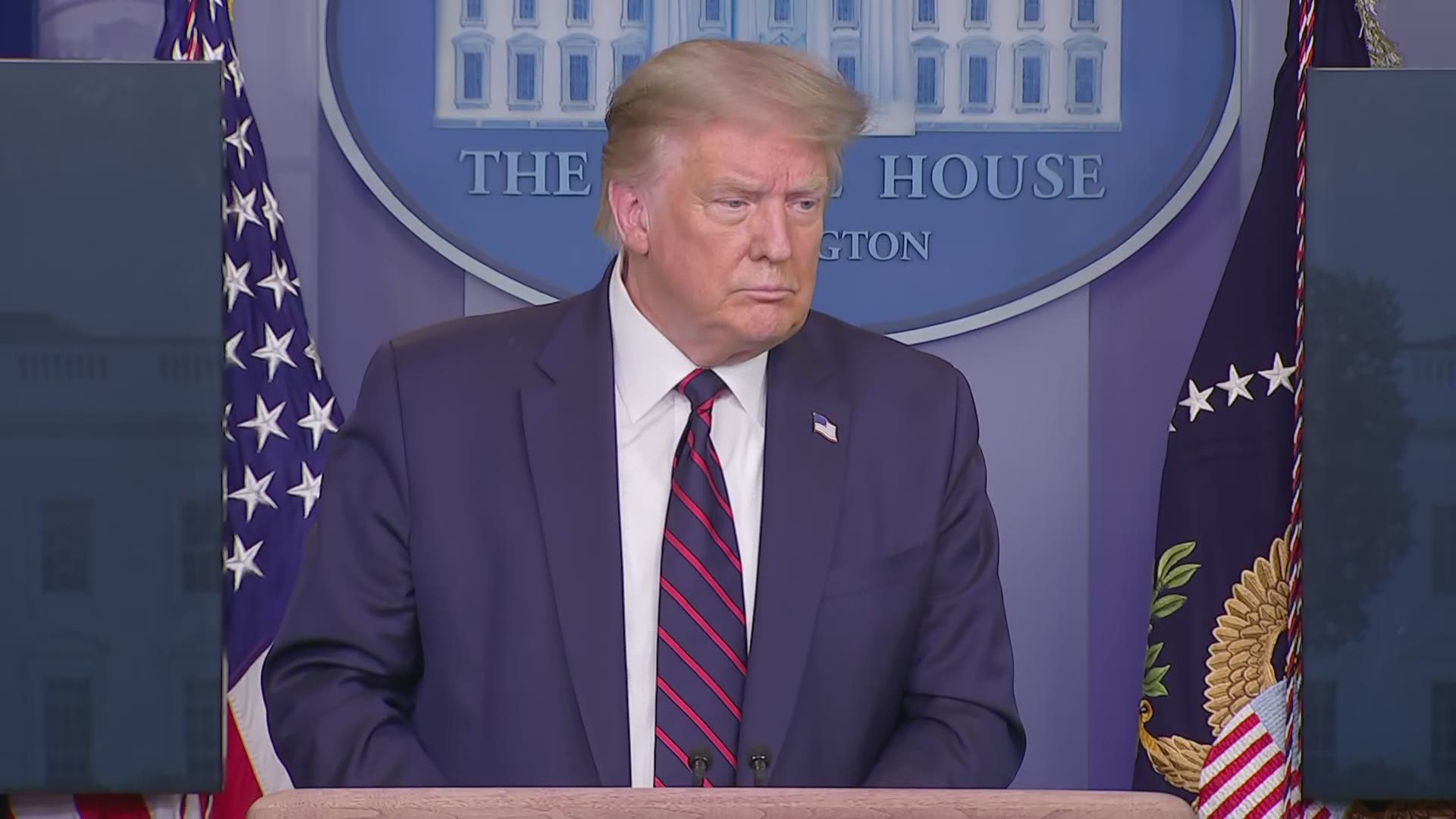 When asked by a reporter Tuesday about Ghislaine Maxwell, the woman indicted for allegedly grooming sexual abuse victims of Jeffrey Epstein, President Donald Trump said he didn't know much about the case but wanted to "wish her well."

Maxwell, 58, has been held without bail since her July 2 arrest at her million-dollar New Hampshire estate. She was charged with recruiting at least three girls, one as young as 14, for Epstein to abuse between 1994 and 1997. An indictment alleged that she helped groom the victims to endure sexual abuse and was sometimes there when Epstein abused them.

During Tuesday's White House coronavirus press briefing, a reporter asked Trump if he believed Maxwell was going to turn in other powerful men in Epstein's circle.

Credit: AP
FILE - In this Sept. 2, 2000 file photo, British socialite Ghislaine Maxwell, driven by Britain's Prince Andrew leaves the wedding of a former girlfriend of the prince, Aurelia Cecil, at the Parish Church of St Michael in Compton Chamberlayne near Salisbury, England. The FBI said Thursday July 2, 2020, Ghislaine Maxwell, who was accused by many women of helping procure underage sex partners for Jeffrey Epstein, has been arrested in New Hampshire. (Chris Ison/PA via AP, File)

One person the reporter asked about was Britain's Prince Andrew. The prince has denied a woman’s allegation that Maxwell arranged for them to have sex at her London townhouse in 2001 when she was 17. Andrew has said the woman was “totally lying."

The prince was not mentioned in the indictment, and the charges covered Maxwell's dealings with Epstein only from 1994 through 1997, a period well before his alleged encounters with the woman in 2001.

Audrey Strauss, the acting U.S. attorney in Manhattan, said on July 2 she would “welcome Prince Andrew coming in to talk with us."

Trump said Tuesday he was not aware of what was happening with Prince Andrew.

A judge last week ruled Maxwell a flight risk and ordered her to remain behind bars until trial.