Game on, again: GameStop surges and no one truly knows why

No clear reason seems to be behind this most recent move, leaving market observers to grasp at what little news is out there. 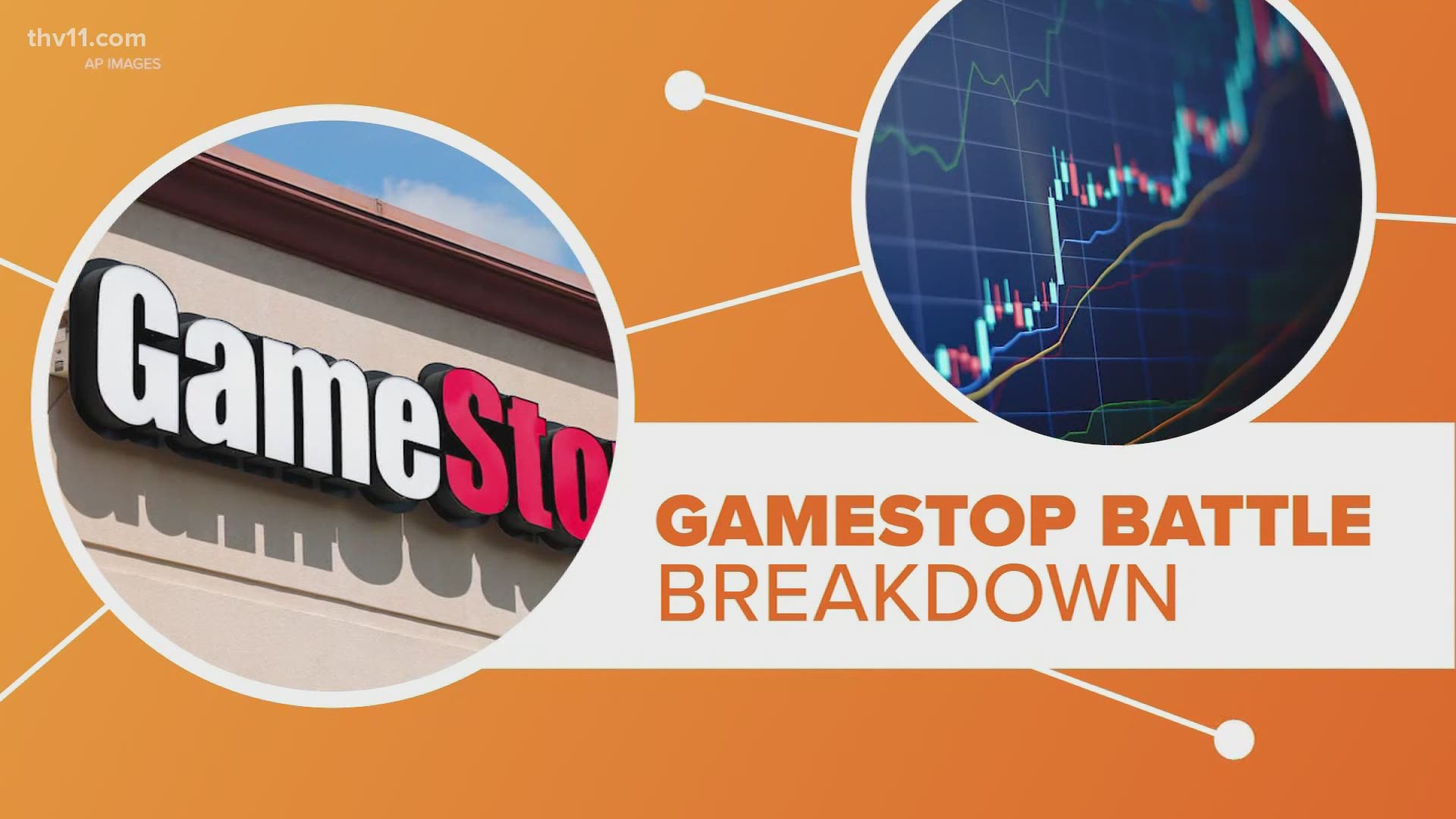 After weeks of going dormant, shares of GameStop have suddenly shot higher again, rising 18.6% Thursday after surging 75% in the last hour of trading Wednesday. Thursday's gain, which topped 101% before shrinking, came even as most stocks across Wall Street fell sharply on worries about rising interest rates. The moves are reminiscent of the shocking 1,625% surge for GameStop in January, when bands of smaller and novice investors communicating on social media launched the struggling video game retailer's stock.

That initial supernova heightened questions about whether the broader market was in a bubble and whether a new generation of traders should be able to take full advantage of the free trades available on their phones. Global markets swooned momentarily; Congress held a hearing.

No clear reason seems to be behind this most recent move, leaving market observers to grasp at what little news is out there, but it does demonstrate the increased power that regular investors suddenly have.

One major piece that drove last month’s surge is not as big a player this time around: a huge build-up of what’s called “short interest,” or bets by investors that the stock is set to fall. After short-selling funds got badly burned by last month's sudden surge, many fewer GameStop shares are being sold short now. That means this pop may not reach last month's heights.

“It’s like dropping a ping-pong ball on the table,” said Sam Stovall, chief investment strategist at CFRA. "The first bounce is the greatest while subsequent bounces are a bit more muted. We’re still getting a bounce, but it’s probably not going to drive up GameStop to $500 a share.”

Here’s what we know:

KITTY ROARS AGAIN — The most influential GameStop-backer may be Keith Gill, a colorful personality known for wearing a red headband and cat-themed T-shirts. He’s given regular updates of his GameStop holdings on Reddit’s WallStreetBets forum, going back to when a share cost just 85 cents in 2019. A day after testifying in a Congressional hearing about GameStop last week, he indicated he added another 50,000 shares after Feb. 3, doubling his GameStop stock position. By Feb. 3, GameStop had dropped toward $90 after touching a momentary peak of $483 in late January.

CFO EXIT — This is one of the few actual pieces of news. Late Tuesday, GameStop said its chief financial officer had agreed to leave the company and that he was entitled to the benefits due to him under his employment contract for a “good reason” resignation. Speculation rose that the departure was part of the company’s accelerating transformation from a struggling brick-and-mortar retailer to a digital seller better able to compete in an increasingly online business. But this information was known when trading began on Wednesday, and the stock didn't surge until hours later.

THE ICE CREAM CONE — Ryan Cohen is a co-founder of the Chewy online pet-supplies company. He is also a big shareholder of GameStop and on its board of directors. GameStop backers see his involvement as a key reason to bet on a successful transformation for the company into a successful digital powerhouse.

On Wednesday, an hour or so before GameStop shares spiked, Cohen tweeted a photo of an ice cream cone from McDonald’s, along with an emoji of a frog. Sounds fairly mundane, but nothing is normal in the GameStop saga.

Market watchers and Reddit users tried to parse the cryptic image. Some focused on how the original photo seems to have accompanied an article about a person who created a website tracking whether McDonald’s ice cream machines are working ... a person whose past tweets indicate he may be a holder of GameStop stock.

LEAVE THE KIDS ALONE — Some market watchers speculated that GameStop’s surprise reanimation was a reaction to critical comments from Charlie Munger, the vice chairman of Warren Buffett's Berkshire Hathaway.

“That’s the kind of thing that can happen when you get a whole lot of people who are using liquid stock markets to gamble the way they would in betting on race horses,” Munger said on Wednesday while speaking at the annual meeting of Los Angeles Daily Journal

The remarks didn’t win Munger many admirers on WallStreetBets, where traders often see themselves in opposition to Baby Boomers, hedge funds and others. One Redditor posted a chart in the forum showing the spike in GameStop’s shares, adding: “TAKE THAT CHARLIE MUNGER.”

TRADING FRENZY — The stock's movement were so wild that trading was temporarily halted four times on Thursday for volatility. Even though some novice investors suspected something nefarious, such halts are normal. There are rules that mandate a halt in trading when a stock rises or falls by a certain percentage within a certain time. Even so, GameStop shares changed hands more times by midday Thursday than for Apple, a company with a market value nearly 180 times the size of GameStop.

REGULATORS REACT — The Securities and Exchange Commission and Commodity Futures Trading Commission are reviewing whether trading practices were consistent with “investor protection and fair and efficient markets.”

At a hearing last week by the House Financial Services Committee, some lawmakers floated the possibility of crafting new rules requiring market players to disclose short-selling positions and restricting arrangements of payment for order flow, a common practice in the securities markets in which Wall Street trading firms such as Citadel Securities pay companies like Robinhood to send them their customers’ orders for execution.

RELATED: GameStop's saga may be over, but its effect on Wall Street isn't