Prime Minister Justin Trudeau cited numerous mass shootings in the country including the killing of 22 people in Nova Scotia April 18 and 19. 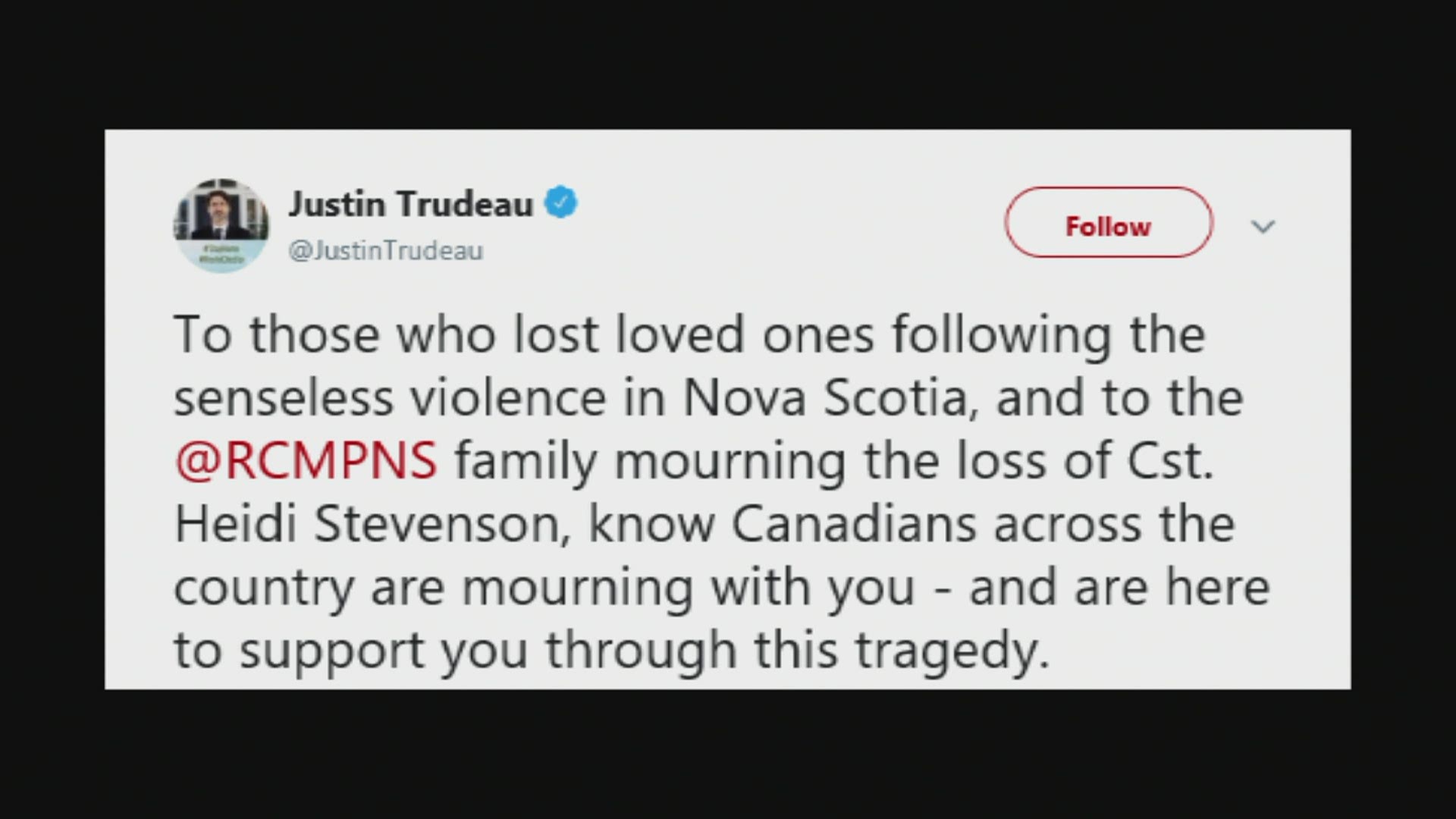 TORONTO, ON — Prime Minister Justin Trudeau said Friday that Canada is banning the use and trade of assault-style weapons immediately.

The Cabinet order doesn’t forbid owning any of the military-style weapons and their variants but it does ban the use and trade in them. He said the order has a two-year amnesty period for current owners, and there will be a compensation program that will require a bill passed in Parliament.

In the meantime, they can be exported, returned to manufacturers, and transported only to deactivate them or get rid of them. In certain limited circumstances, they can be used for hunting.

“You do not need an AR-15 to take down a deer," Trudeau said. “So, effective immediately, it is no longer permitted to buy, sell, transport, import or use military-grade, assault weapons in this country.”

Trudeau said the weapons were designed for one purpose and one purpose only: to kill the largest number of people in the shortest amount of time.

"There is no use - and no place - for such weapons in Canada,” he said.

Mass shootings are relatively rare in Canada, but Trudeau said they are happening more often. Trudeau noted he was nearby when in Montreal when gunman Marc Lepine killed 14 women and himself at Montreal’s Ecole Polytechnique college in 1989. The Ruger Mini-14 Lepine used is among weapons included in the ban.

“As of today the market for assault weapons is closed. Enough is enough,” Public Safety Minister Bill Blair said.

Trudeau has said his government would introduce further gun control legislation prohibiting military-style assault weapons, a measure that had already been planned before the coronavirus pandemic interrupted the current parliamentary session.

The gunman in Nova Scotia, 51-year-old Gabriel Wortman, shot 13 people to death and set fires that killed nine others in one of the worst mass shootings in the country's history. Police have said he used a handgun that was obtained in Canada and long guns that he obtained in the U.S., but they have not specifically said what guns he used. The rampage started with an assault on his girlfriend and it ended with 22 people dead in communities across central and northern Nova Scotia. A number of people had disputes with the gunman.

Scheer said the Nova Scotia shooter did not have a firearms licence, so all of his guns were illegal.

“Taking firearms away from law-abiding citizens does nothing to stop dangerous criminals who obtain their guns illegally,” Scheer said in a statement. “The vast majority of gun crimes are committed with illegally obtained firearms. Nothing the Trudeau Liberals announced today addresses this problem."