About 4 million federal workers are to be vaccinated by Nov. 22 under Biden's executive order. 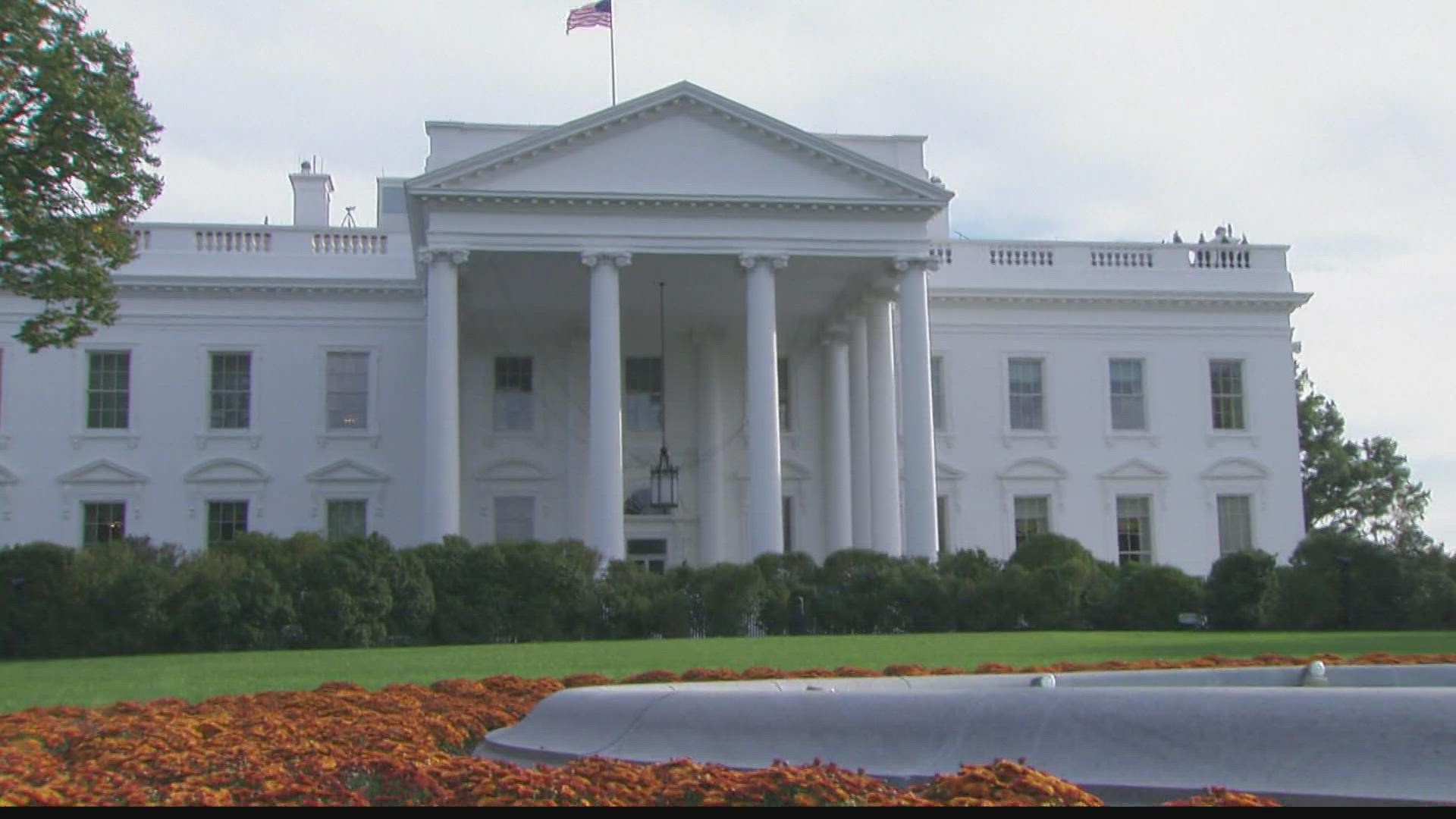 WASHINGTON — President Joe Biden is pushing forward with a massive plan to require millions of private sector employees to get vaccinated by early next year. But first, he has to make sure workers in his own federal government get the shot.

About 4 million federal workers are to be vaccinated by Nov. 22 under the president's executive order. Some employees, like those at the White House, are nearly all vaccinated. But the rates are lower at other federal agencies, particularly those related to law enforcement and intelligence, according to the agencies and union leaders. And some resistant workers are digging in, filing lawsuits and protesting what they say is unfair overreach by the White House.

The upcoming deadline is the first test of Biden's push to compel people to get vaccinated. Beyond the federal worker rule, another mandate will take effect in January aimed at around 84 million private sector workers, according to guidelines put out this past week.

On Saturday, a federal appeals court in Louisiana temporarily halted the vaccine requirement for businesses with 100 or more workers. The administration says it is confident that the requirement will withstand legal challenges in part because its safety rules preempt state laws.

“The president and the administration wouldn’t have put these requirements in place if they didn’t think that they were appropriate and necessary,” Surgeon General Vivek Murthy said Sunday on ABC’s “This Week.” “And the administration is certainly prepared to defend them.”

If the mandates are a success, they could make the most serious dent in new coronavirus cases since the vaccine first became available, especially with the news this past week that children ages 5-11 can get the shot making an additional 64 million people eligible. But with two weeks remaining until the federal worker deadline, some leaders of unions representing the employees say that convincing the unvaccinated to change their mind is increasingly challenging.

“I got the vaccine in February, it was my own choice and I thought it would stop the virus,” said Corey Trammel, a Bureau of Prisons correctional officer and local union president in Louisiana. “But it hasn’t. And now I have people resigning because they are tired of the government overreach on this, they do not want to get the shot. People just don’t trust the government, and they just don’t trust this vaccine.”

Vaccines have a proven track record of safety, backed by clinical trials and independent reviews showing them overwhelmingly effective at preventing serious illness and death from COVID-19. More than 222 million Americans have received at least one vaccine dose and more than 193 million are fully vaccinated. More than half of the world population has also received a shot.

RELATED: Muppets encourage children to get the COVID vaccine

Scientists have been battling anxiety over the vaccine since it was first authorized; an AP-NORC poll earlier this year found one-third of adults in the U.S. were skeptical, despite assurances the vaccine was safe and effective and few instances of serious side effects. About 70% of American adults are fully vaccinated and 80% have received at least one dose of a vaccine.

Vaccinations have unfolded at uneven rates across the federal government.

Officials at Health and Human Services, U.S. Food and Drug Administration and Housing and Urban Development said they were working on getting their employees vaccinated but had no figures yet.

Several intelligence agencies had at least 20% of their workforce unvaccinated as of late October, said U.S. Rep. Chris Stewart, a Utah Republican who is a member of the House Intelligence Committee.

Federal Law Enforcement Officers Association President Larry Cosme said there are about 31,000 members from 65 federal law enforcement agencies in the association and he estimated 60% of them have been vaccinated.

Homeland Security, a giant government department with more than 240,000 employees, was about 64% fully vaccinated by the end of last month. U.S. Customs and Border Protection has received at least 6,000 requests for medical or religious exemptions, according to the union that represents Border Patrol agents.

Federal agencies are warning employees about the upcoming mandate, offering time off to get the vaccine and encouraging workers to comply. But they won't be fired if they don't make the Nov. 22 deadline. They would receive “counseling” and be given five days to start the vaccination process. They could then be suspended for 14 days and eventually could be terminated, but that process would take months.

Republicans have argued the mandate goes too far. House Oversight Committee Republicans sent a letter in late October suggesting the president's “authoritarian and extreme mandates infringe upon American freedoms, are unprecedented, and may ultimately be deemed unlawful.”

In their letter, Reps. James Comer of Kentucky and Jody Hice of Georgia said they worried about a large number of government vacancies should thousands of workers refuse and get fired. That concern was also felt by those in the already-understaffed Bureau of Prisons.

A federal corrections officers union in Florida filed a lawsuit this past week over the mandate, saying it was a violation of civil rights. Some prison workers say they’re torn about the vaccine, not wanting to lose their livelihoods but also unwilling to sacrifice their personal beliefs. Officers near retirement age are contemplating leaving rather than go through with the vaccine.

One prison worker in West Virginia texted a colleague that the worker wasn’t willing to be a guinea pig, writing: “It would be different if it wasn't new. But it is. And I don’t wanna be your experiment.”

The worker, describing how agonizing the decision had been, said: “I’ve cried and puked so much my eyes and stomach hurts.” The worker wondered if it was wrong to stand firm against the vaccine.

Border Patrol employees have been directed to confirm their vaccination status by Tuesday, according to union President Brandon Judd. As of Thursday, 49% of Border Patrol agents responded to say they are fully vaccinated and about 7% reported not being vaccinated, Judd said.

It’s unclear at this point how many will continue to refuse if they aren’t granted an exemption and face losing their job as a result.

“When it comes down to losing your livelihood or getting vaccinated, I think the vast majority are going to ultimately get vaccinated,” Judd said. “We are going to lose people. How many? I really couldn’t predict that.”