Alan Shepard rocketed from Cape Canaveral on May 5, 1961. To date, 579 people have flown in space. That number is expected to soar with upcoming tourist flights. 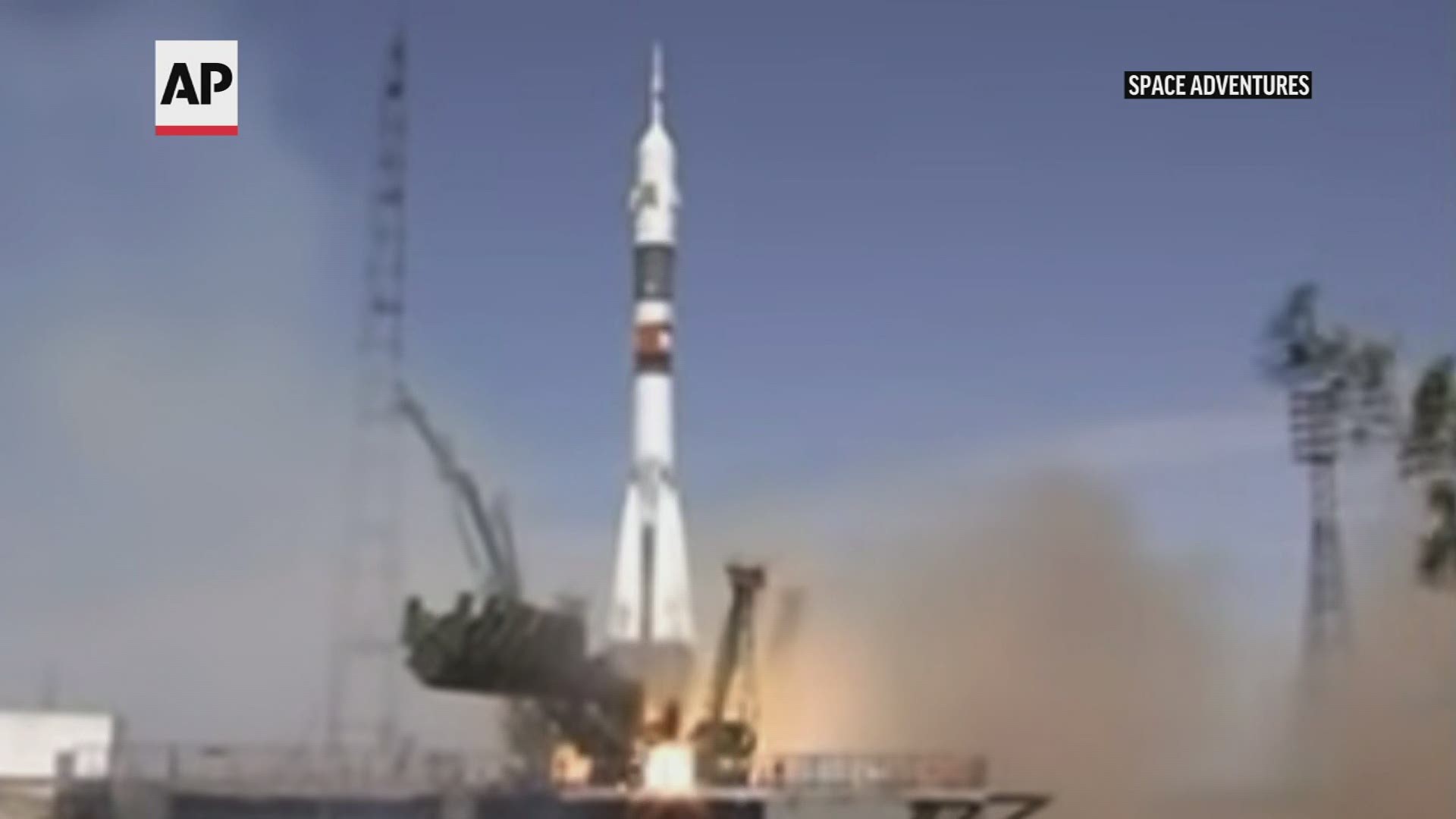 CAPE CANAVERAL, Fla — Sixty years after Alan Shepard became the first American in space, everyday people are on the verge of following in his cosmic footsteps.

Richard Branson’s Virgin Galactic aims to kick off tourist flights next year, just as soon as he straps into his space-skimming, plane-launched rocketship for a test run from the New Mexico base.

And Elon Musk’s SpaceX will launch a billionaire and his sweepstakes winners in September. That will be followed by a flight by three businessmen to the International Space Station in January.

“It’s a huge leap, right?" said NASA astronaut Shane Kimbrough, commander of SpaceX's most recent flight to the space station. "But it's pretty cool ... citizens will be able to have the chance to go to space and experience what we get to.”

Credit: AP
In this May 5, 1961 file photo, astronaut Alan Shepard sits in his capsule at Cape Canaveral, Fla., aboard a Mercury-Redstone rocket. Freedom 7 was the first American manned suborbital space flight, making Shepard the first American in space. (AP Photo)

The 37-year-old Mercury astronaut and Navy test pilot cut a slick sci-fi figure in his silver spacesuit as he stood in the predawn darkness at Cape Canaveral, looking up at his Redstone rocket. Impatient with all the delays, including another hold in the countdown just minutes before launch, he famously growled into his mic: “Why don't you fix your little problem and light this candle?"

His capsule, Freedom 7, soared to an altitude of 116 miles (186 kilometers) before parachuting into the Atlantic.

Twenty days later, President John F. Kennedy committed to landing a man on the moon and returning him safely by decade’s end, a promise made good in July 1969 by Apollo 11′s Neil Armstrong and Buzz Aldrin.

Since Gagarin and Shepard’s pioneering flights, 579 people have rocketed into space or reached its fringes, according to NASA. Nearly two-thirds are American and just over 20% Soviet or Russian. About 90% are male and most are white, although NASA's crews have been more diverse in recent decades.

A Black community college educator from Tempe, Arizona, sees her spot on SpaceX’s upcoming private flight as a symbol. Sian Proctor uses the acronym J.E.D.I. for “a just, equitable, diverse and inclusive space.”

NASA wasn't always on board with space tourism, but is today.

“Our goal is one day that everyone’s a space person,” NASA’s human spaceflight chief, Kathy Lueders said following Sunday’s splashdown of a SpaceX capsule with four astronauts. “We’re very excited to see it starting to take off.”

Twenty years ago, NASA clashed with Russian space officials over the flight of the world's first space tourist.

“By opening up his checkbook, he kicked off an industry 20 yrs ago,” Space Adventures co-founder Eric Anderson tweeted last week. “Space is opening up more than it ever has, and for all."

Credit: AP
In this May 5, 1961 photo made available by NASA, astronaut Alan Shepard is launched into space atop a Mercury-Redstone rocket from Cape Canaveral, Fla. Freedom 7 was the first American manned suborbital space flight, making Shepard the first American in space. (NASA via AP)

A Russian actress and movie director are supposed to launch from Kazakhstan in the fall. They'll be followed in December by Space Adventures' two newest clients, also launching on a Russian Soyuz rocket. SpaceX will be next up in January with the three businessmen; the flight from Florida's Kennedy Space Center was arranged by Axiom Space, a Houston company run by former NASA employees. And as early as 2023, SpaceX is supposed to take a Japanese entrepreneur and his guests around the moon and back.

While no fan of human spaceflight — he prefers robotic explorers — Duke University emeritus history professor Alex Roland acknowledges the emergence of spaceflight companies might be “the most significant change in the last 60 years.” Yet he wonders whether there will be much interest once the novelty wears off and the inevitable fatalities occur.

Then there's the high price of admission.

The U.S., Canadian and Israeli entrepreneurs flying SpaceX early next year are paying $55 million — each — for their 1 1/2-week mission.

As for SpaceX’s private flight on a fully automated Dragon capsule, tech entrepreneur Jared Isaacman won't say what he’s paying. He considers his three-day flight a “great responsibility” and is taking no shortcuts in training; he took his crewmates hiking up Mount Rainier last weekend to toughen them up.

"If something does go wrong, it will set back every other person’s ambition to go and become a commercial astronaut,” Isaacman said recently.

John Logsdon, professor emeritus at George Washington University, where he founded the Space Policy Institute, has mixed feelings about this shift from space exploration to adventure tourism.

“It takes the romance and excitement out of going to space,” Logsdon said in an email this week. Instead of the dawn of a new era like so many have proclaimed, it's “more like the end of the era when space flight was special. I guess that is progress.”