The CMA Awards are normally held in November in Nashville, although details on this year’s awards show have not yet been released. 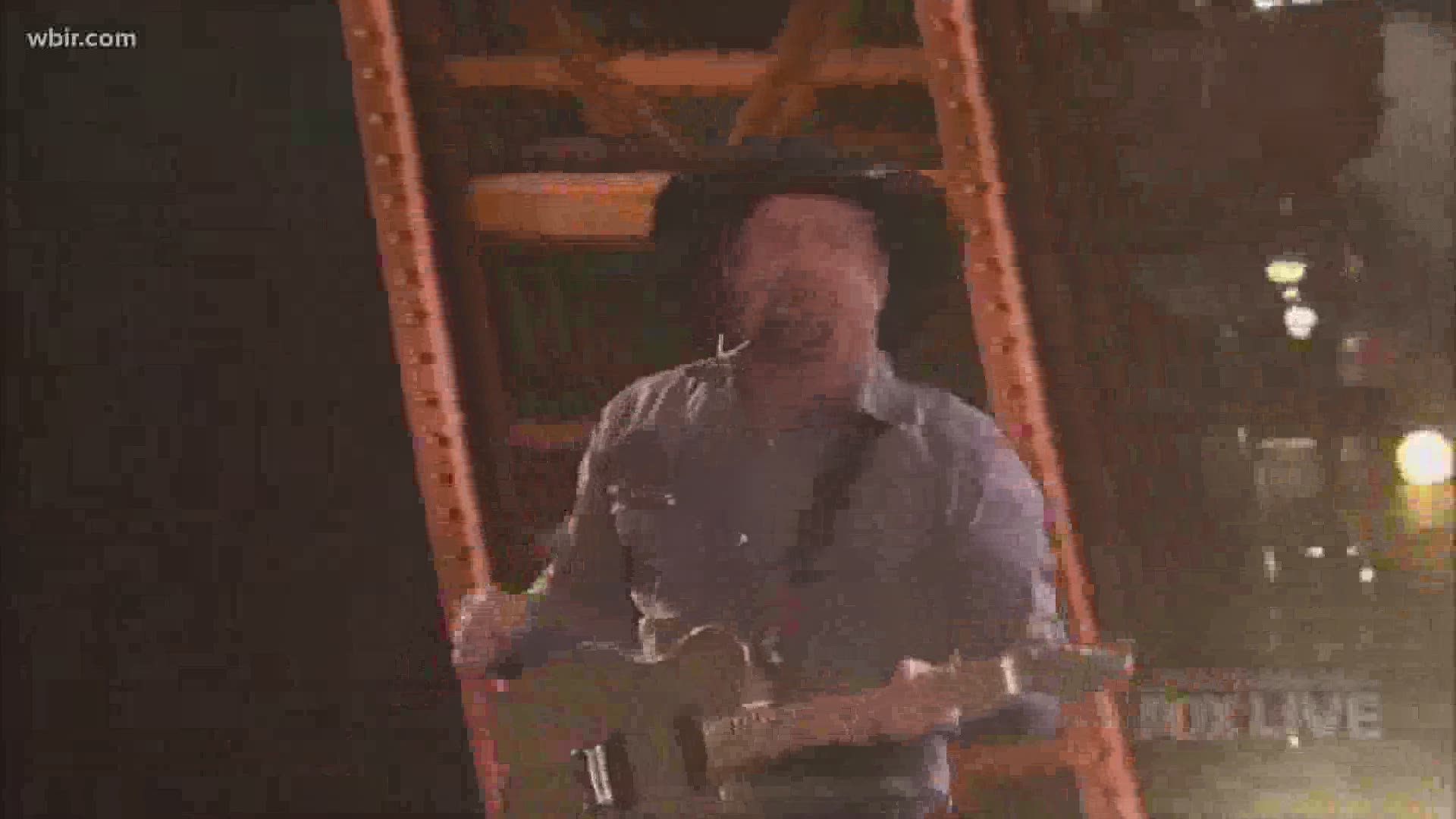 NASHVILLE, Tennessee — Editor's Note: The video above is from July 2020.

Country star Miranda Lambert turns her “Wildcard” into an ace as she’s the leading nominee at the 2020 Country Music Association Awards, including her first entertainer of the year nomination in five years.

The CMAs announced Tuesday that Lambert earned seven nominations. The Grammy winner was pushed by the success of songs like “Bluebird,” her first country airplay No. 1 in years, as well as positive reviews of her smart and sassy “Wildcard" album. She's followed by Luke Combs, who continues his streak of success as one of country music’s biggest streaming artists with six nominations, including his first for entertainer of the year. Combs earned his first all-genre No. 1 album last year with “What You See Is What You Get,” which had the largest streaming week ever for a country album with 74 million on-demand streams.

The CMA Awards are normally held in November in Nashville, although details on this year’s awards show have not yet been released.

Dan + Shay's Dan Smyers has six nominations, including four he shares with bandmate Shay Mooney and three with pop star Justin Bieber for their crossover hit “10,000 Hours.” Smyers earned individual nominations for his work as a producer on the song. These are the first CMA nominations for Bieber, who won a CMT Music Award in 2011 for “That Should Be Me” with Rascal Flatts.

Other top nominees include Maren Morris, who scored five nominations including song and single of the year for her love song, “The Bones." Her track became the longest-running No. 1 on Billboard's Hot country songs chart by a solo female artist since Taylor Swift's “We Are Never Getting Back Together.”

Producer Jay Joyce also earned five nominations for his work on albums by Lambert and Ashley McBryde, who earned three nominations including album of the year and female vocalist of the year.

After years of criticism for the lack of women on country radio, women actually outnumber men in the new artist category, which include Carly Pearce, Gabby Barrett and Ingrid Andress. Pearce earned three more nominations for her duet with Lee Brice, “I Hope You’re Happy Now," which was co-written by Combs. Barrett, who competed on “American Idol," earned a nomination for single of the year with “I Hope," a No. 1 country hit and Top 10 success on the pop charts. And Andress was nominated for song of the year with “More Hearts Than Mine." Morgan Wallen and Jimmie Allen round out the new artist nominees.

Notable snubs missing from the nomination list include country icon Tanya Tucker, who earned her first two Grammy Awards this year for her comeback album “While I'm Livin.'" The Chicks, who returned with their first new album in 14 years, also weren't nominated, likely due to a longstanding rift between some country fans and the outspoken female group. Sam Hunt, who put out a long-awaited album this year, was also missing from the nominations.

The coronavirus pandemic likely affected some of the nominations this year because touring was postponed and some albums were pushed back. Luke Bryan, who delayed his album until after the cutoff deadline for this year's awards show, was not nominated.

ENTERTAINER OF THE YEAR

SINGLE OF THE YEAR
Award goes to Artist(s), Producer(s) and Mix Engineer

ALBUM OF THE YEAR
Award goes to Artist and Producer(s)

SONG OF THE YEAR
Award goes to Songwriters

FEMALE VOCALIST OF THE YEAR

MALE VOCALIST OF THE YEAR

VOCAL GROUP OF THE YEAR

VOCAL DUO OF THE YEAR

MUSICIAN OF THE YEAR

NEW ARTIST OF THE YEAR