YORK COUNTY, Pa. — A mother battling with an insurance company after her son is denied a prosthetic is desperate for answers.  Mindy Kolar of York County ... 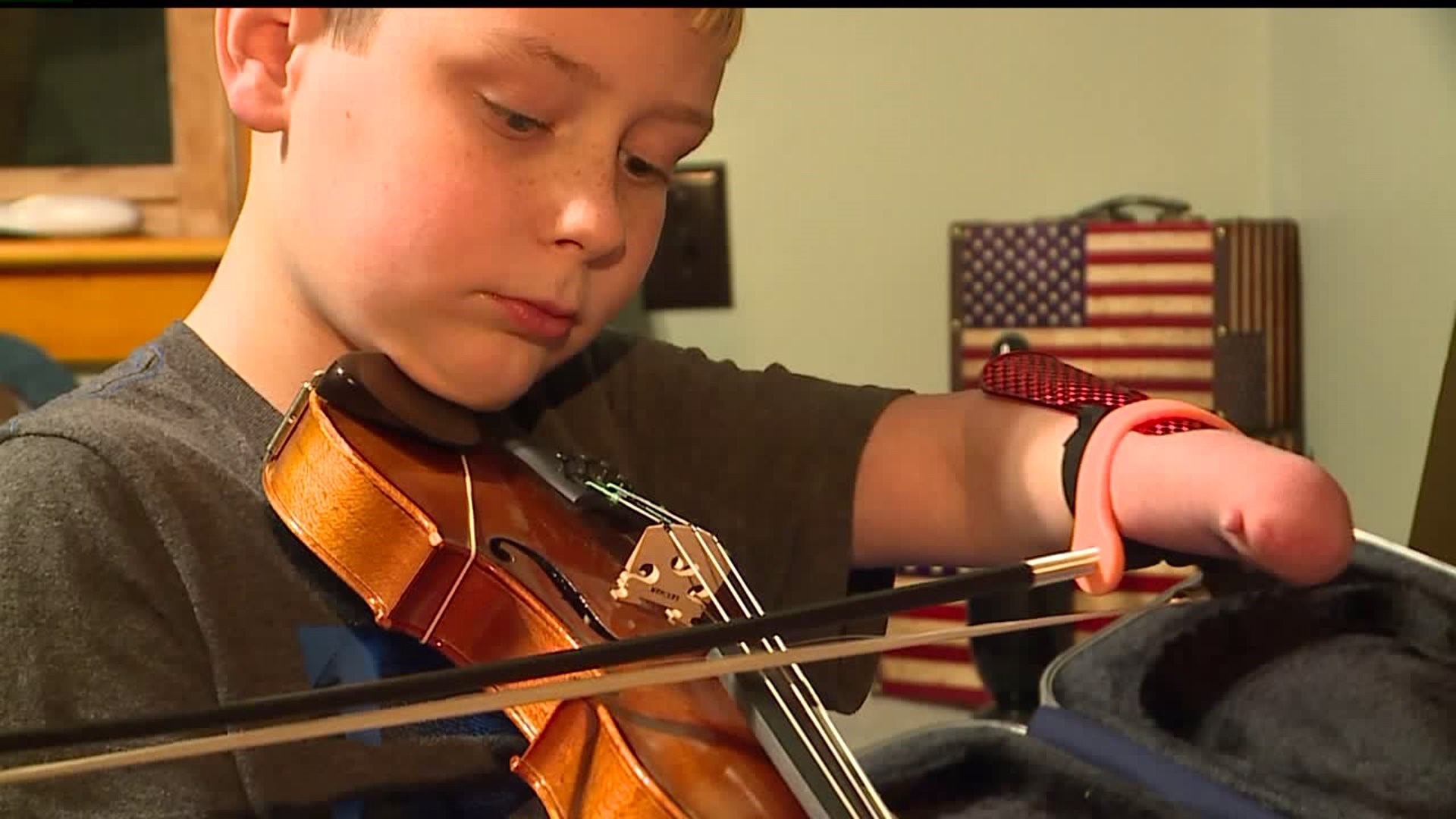 YORK COUNTY, Pa. -- A mother battling with an insurance company after her son is denied a prosthetic is desperate for answers.

Mindy Kolar of York County says United HealthCare denied her 8-year-old son, Shawn, who was born without a hand from getting a prosthetic hand that would give him full mobility.

“When you can’t give your kids something they’ve been wanting and needing it’s just tough," said Kolar.

Disheartened Kolar is now trying to figure out why they were denied.

Even though Shawn's determination is clear, his mom says without a hand he isn't able to do some of the things other kids are able to do.

"The violin, they had to make him a piece at school which I thought was really help him but he still really struggles because he can’t hold it," said Kolar.

She says some tasks that seem simple to others are a challenge for Shawn.

“He can’t wear jeans because he can't zip the zippers and technically teachers can’t help him because he is in third grade," said Kolar. "He can't tie his shoes  so he has slip on shoes and he wants to be able to tie his shoes," she added.

The prosthetics would cost her more than $75,000 out of pocket.

This story has revealed a nation-wide problem with insurance companies denying prosthetic claims.

We reached out to United HealthCare looking for answers to see what they DO consider "medically necessary" and what makes Shawn ineligible.

A spokesperson with the company told FOX43 they are unable to comment on the matter at the time until additional paperwork is filled out to obtain the information. We intend to file that paperwork.

FOX43's Jossie Carbonare will be looking into this issue deeper in the coming weeks to get more answers.

The Kolar family has a GoFundMe page set up. They say if they can’t get the insurance to cover the prosthetic hand, they will have to purchase on their own.