WEST MANCHESTER TOWNSHIP, Pa. — As the popularity of drones continues to increase across the country, they’re causing more problems for emergency responde... 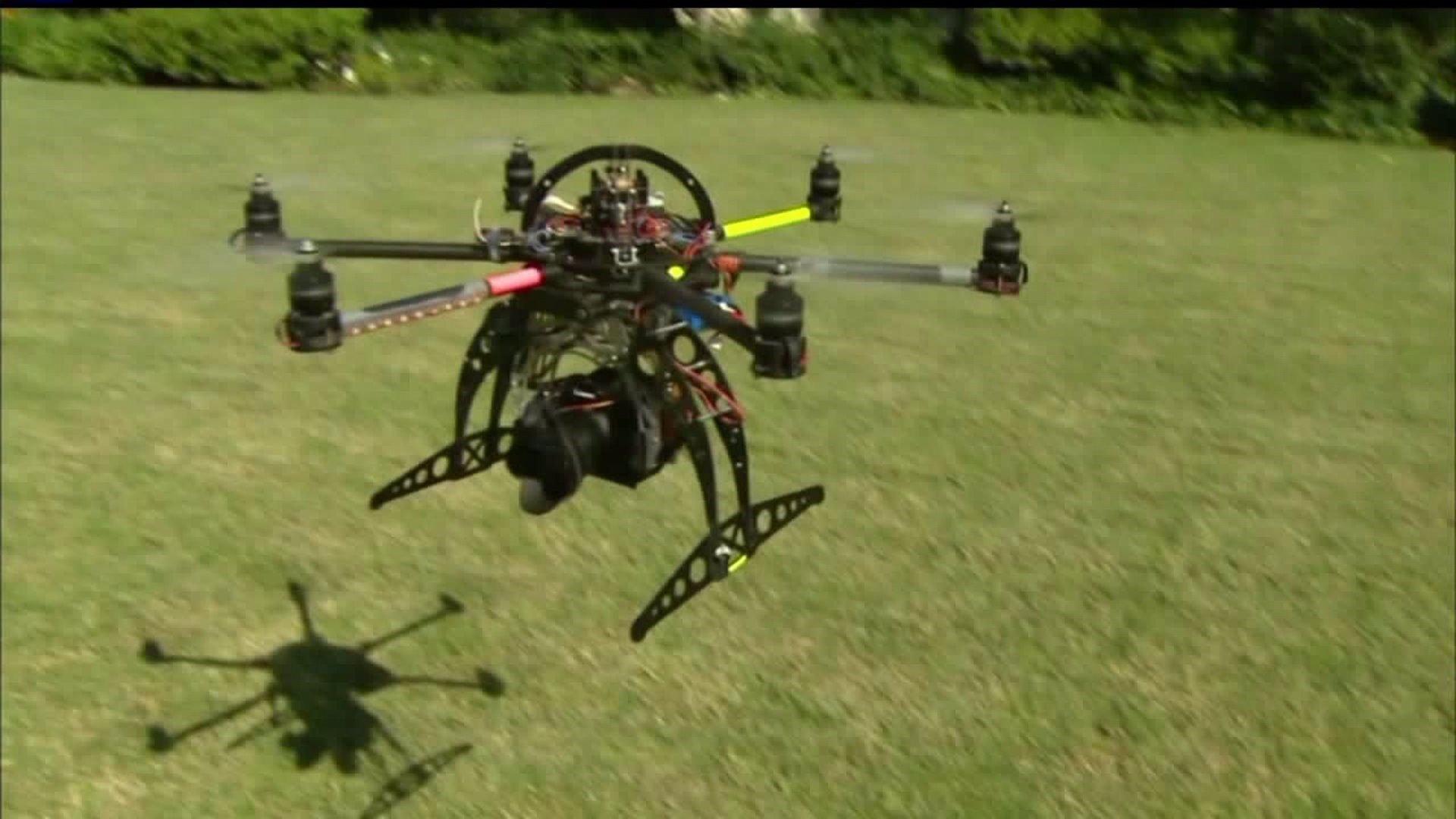 WEST MANCHESTER TOWNSHIP, Pa. — As the popularity of drones continues to increase across the country, they're causing more problems for emergency responders. More than 1.5 million registered drones now share the sky with other aircraft, according to the Federal Aviation Administration (FAA).

Emergency responders use helicopters for many situations, from firefighting to searching for missing people. In Pennsylvania, air ambulances made more than 21,000 trips last year.

"Sharing airspace with drones is a relatively new phenomenon for our pilots," said Cpt. Gary Vogue, director of the special service division of the Pennsylvania Bureau of Emergency Operations. "A mid-air collision with a drone could be devastating."

"We've heard the stories and the incidents around the country of bad things happening with drones being in the way," said Scott Christensen, chief flight RN at Life Lion Critical Care Transport.

Previous incidents of drones interfering with helicopter operations include when firefighters battling California wildfires in 2015 had to ground air operations because of unauthorized drones. There have been several incidents of medical helicopters transporting patients that almost crashed into a drone.

"You should always refrain from flying your drone over emergency incidents or disasters so that you do not disrupt emergency response operations," said Randy Padfield, director of Pennsylvania Management Agency (PEMA).

Officals are asking drone pilots to follow all aviation rules, including:

The FAA requires registration of all drones weighing more than 0.55 pounds.

For recreational pilots like Ryan Heindel, airplane manager at White Rose Hobbies in West Manchester Township, practicing drone safety is about more than the money.

"You're flying a couple-hundred-dollar-drone, so you don't want to endanger someone because you can't replace someone's life," he said.

The FAA has more information for drone pilots on their website, including an airspace map showing areas where drones are not permitted to fly.