MILLERSVILLE, LANCASTER COUNTY, Pa. — As Pennsylvania lawmakers weigh a bill that would legalize recreational marijuana use for people 21 and older, colle... 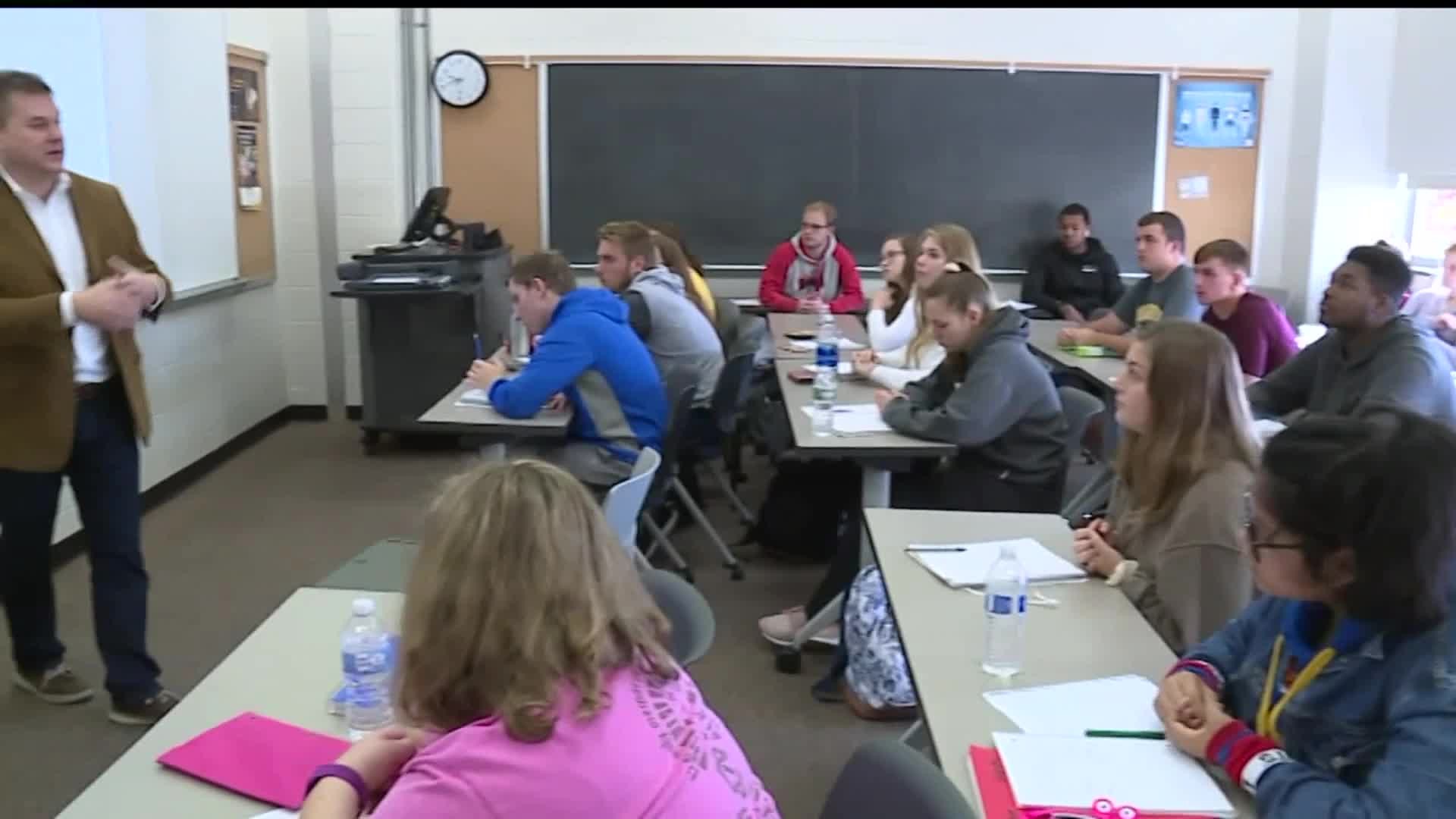 MILLERSVILLE, LANCASTER COUNTY, Pa. -- As Pennsylvania lawmakers weigh a bill that would legalize recreational marijuana use for people 21 and older, college students in Lancaster County are weighing in.

"We’re talking about CBD and THC," explained Dr. Jeffrey Wimer. "I mean, a topic like today’s class wouldn’t have been addressed 10, 15 years ago."

It's a wellness class which is required for undergraduate students.

“If you are in favor of legalizing recreational marijuana in the commonwealth, I’d like you to stand," said Wimer.

More than half of the class stood in favor.

“Having it legalized and regulated would make it a lot safer and you wouldn’t have the K2 and spice mixed in," said one student who is in favor of legalizing it.

“You could see high schoolers out smoking marijuana," responded another student who is against legalization.

“Number one, it’s to show that we don’t have consensus," explained Wimer. "The students seem to represent what we found in the listening tour."

Wimer is talking about Lt. Governor John Fetterman's "Listening Tour"; Fetterman went to each of Pennsylvania's 67 counties and heard what residents have to say about the possibility of legalizing recreational marijuana use.

According to the Lt. Governor's findings, a majority of Pennsylvanians support the idea.

"Also, to bring it back to safety," added Wimer. "How do we keep people safe?”

A powerpoint presentation displayed in class cited data from Colorado, statistics on fatal crashes where people tested positive for THC.

"One of the approaches that we use— other states where it has been legalized and what can we learn from them," explained Dr. Wimer.

"Getting that information as soon as we can as freshman is important because we're kind of sitting in a dorm room a lot of the time. We don't necessarily have a lot of input from the world around us," explained Lauren Coco, a freshman in the class.

Coco is in favor of legalizing cannabis for adults.

FOX43 asked Dr. Wimer how he, as a professor, keeps his opinion out of it.

"That’s a great question," said Dr. Wimer. "I’m a presenter of facts so I want to make sure students have opportunity to show where they're coming from but also present the facts.”

Where does Dr. Wimer stand?

"Medically, we know that there could be benefits and studies being conducted," he said. "Recreationally, as a wellness professor, I am against it.”

Even so, Dr. Wimer says it's not his job to openly condemn or condone using alcohol and other drug; rather, he wants to teach students about the potential impact and provide resources at the university.

For more information about Millersville University, visit its website at www.millersville.edu.