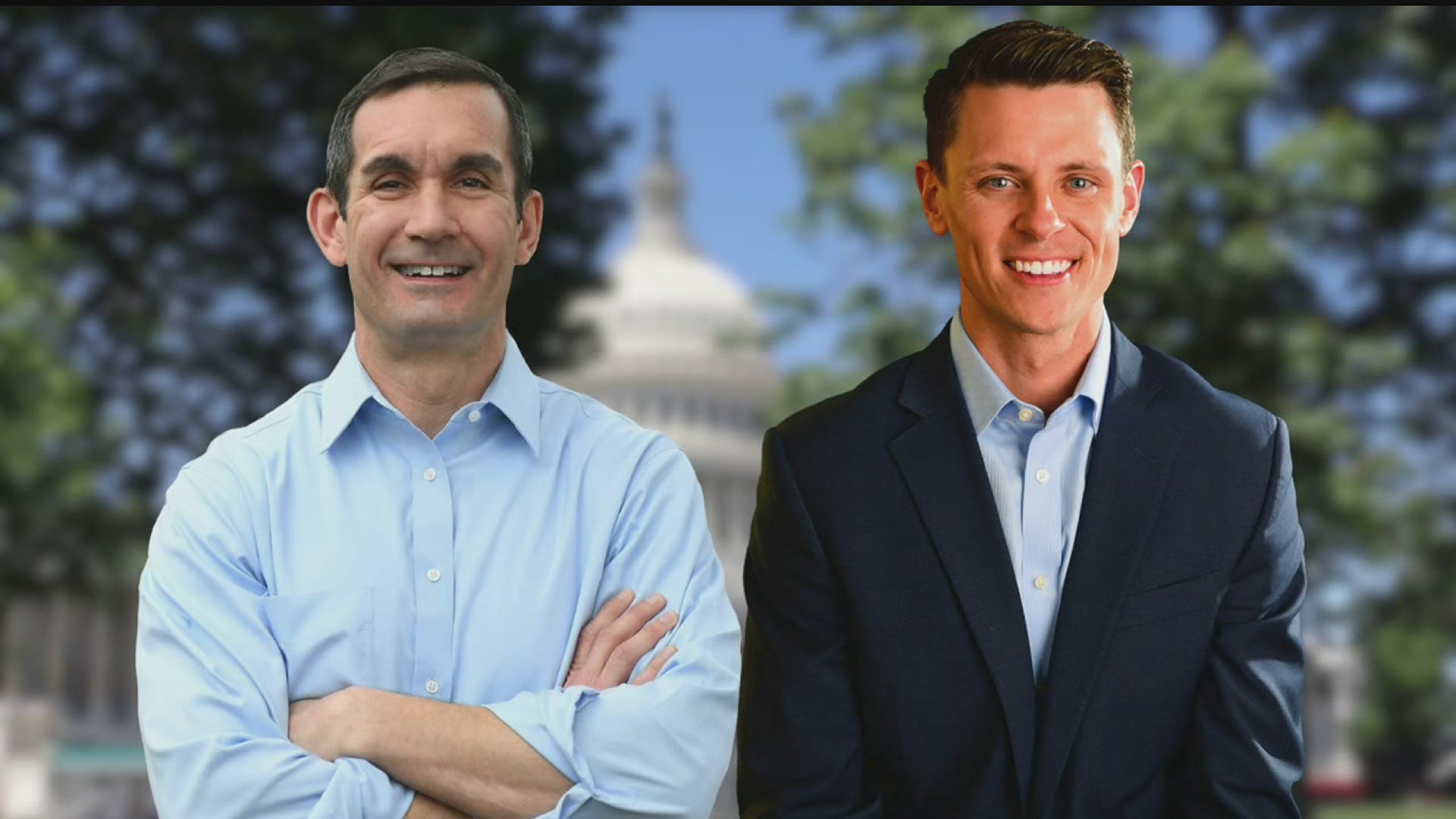 However, because of the COVID-19 pandemic, it's been impossible to get the two Democratic candidates in the same room to discuss the issues facing the 10th since a forum in Camp Hill, Cumberland County in late-February.

FOX43 recently interviewed both DePasquale and Brier virtually and asked each many of the same questions when it comes to their campaign and running for Congress.

What policy do you plan to address first in Congress?

DePasquale: "My first bill I would introduce is a bill to create funding to end the backlog of rape kits nationally. My investigation as Auditor General a few years ago showed that we had over 3200. Just a week ago, we found out we reduced that backlog 97%."

Brier: "When 30 million people lose their jobs and we still tie health care to employment, it's hard to say credibly we should keep that system. Perhaps what we should do is automatic enrollment in medicare with opt out provision. I don't think eliminating private insurance is the way to go, but at the same time, the pandemic has amplified inequality, so to continue to tie employment to health care is to perpetuate that same problem and it needs meaningful reform."

How would you describe your political style?

Brier: "To show people that politics and public service is something you should want to be a part of. It's fun to change the law and be involved in the future of the country."

DePasquale: "I've always been a hard worker, organized. The way I am as a candidate is how I'd be as a public official."

How has your current experience best prepared you for Congress?

DePasquale: "I will say it prepares me more for holding D.C. accountable, holding powerful people accountable, and also finding practical ways to make government work better. It is no secret right now, look at D.C. right now, throw the blame wherever you want, Washington D.C. is broken."

Brier: "I’ve had a hand in writing federal opinions that have affected people in Pennsylvania, New Jersey, and Delaware. I've worked in Washington DC. I've practiced federal law as an attorney. Federal law is my bellwether. It's where my experience lies, and why I feel comfortable going for this position."

Brier has also filed a federal election complaint against DePasquale, alleging the use of improper campaign funds. He accuses the DePasquale campaign of using money raised in previous campaigns. The DePasquale campaign maintains they did nothing wrong, and DePasquale says he will have a response once he gets word from the Federal Election Commission.