LEBANON COUNTY — Briefs are due to the Pennsylvania Supreme Court today in a case that will decide if people on probation will or will not be allowed to u... 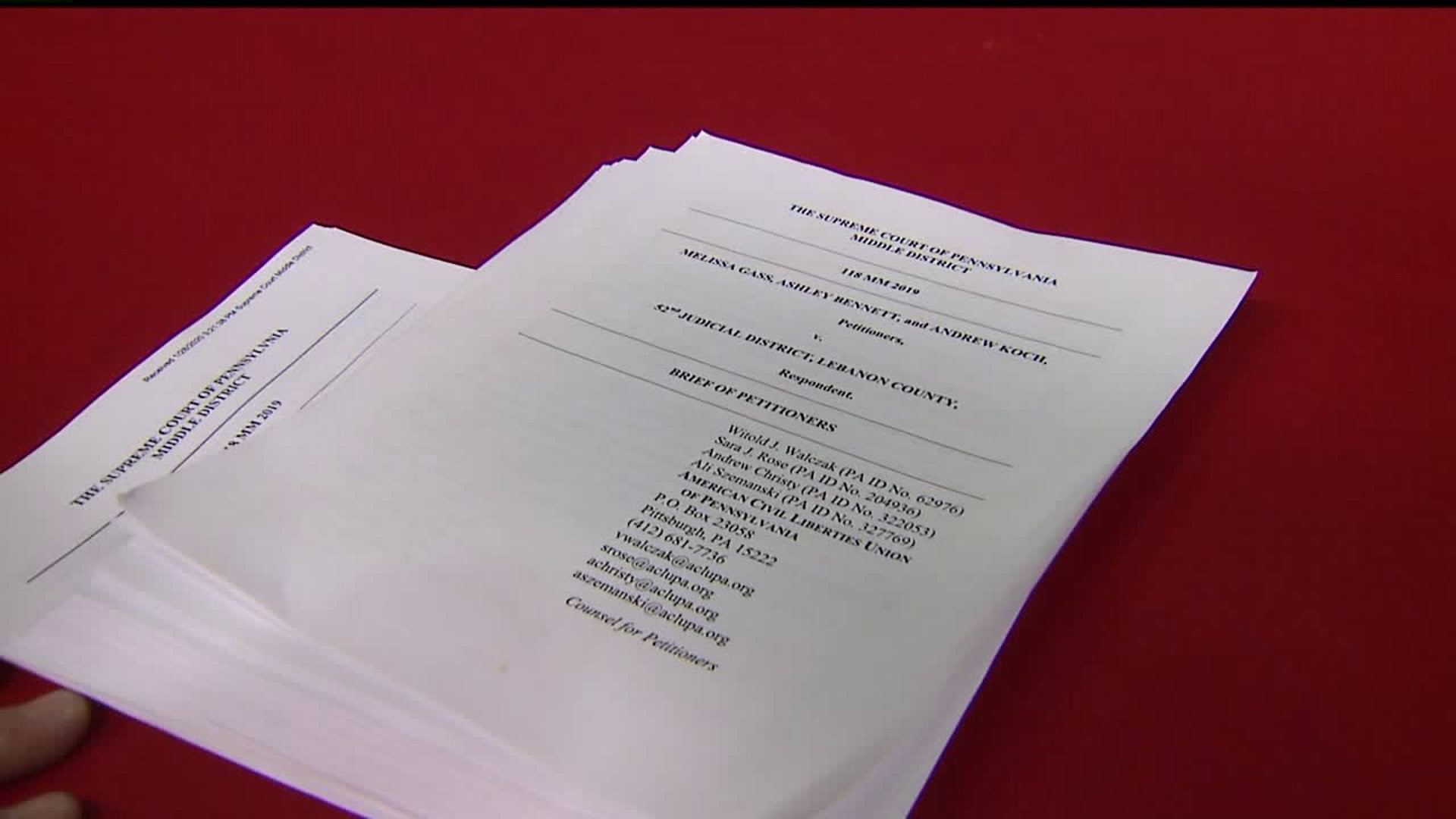 LEBANON COUNTY -- Briefs are due to the Pennsylvania Supreme Court today in a case that will decide if people on probation will or will not be allowed to use medical marijuana in Lebanon County.

The State Supreme Court is ready to hear a challenge brought by the ACLU on behalf of 3 people against the 52nd Judicial District of Lebanon County. The challenge concerns a policy (which is now on hold) that blocks people on probation from using medical marijuana even if they have a card. The policy was put in place by President Judge John Tylwalk. The ACLU filed the suit on behalf of Melissa Gass, Ashely Bennett and Andrew Koch.

In its court briefing, the ACLU included the following:

At the time of this article, FOX43 is still waiting for Lebanon County's 52nd Judicial Court to release its brief.

The ACLU hopes the PA Supreme Court's ruling will have implications across the state.

“The Supreme Court can clarify this issue for counties all over the state and guarantee that people on probation are not punished simply for lawfully using medical marijuana to treat their disabilities,” said Andrew Christy, an attorney for the ACLU of Pennsylvania. “Until this issue is resolved, patients throughout the commonwealth are left in limbo, putting their health at risk and their lives on hold.”

Arguments have not yet been scheduled in front of the PA Supreme Court, but lawyers hope for a decision this year.

FOX43’s Jamie Bittner broke the story on Melissa Gass, who is on probation in Lebanon County and who lives with epilepsy. Gass joined Ashley Bennett and Andrew Koch in the lawsuit when it was filed in October.

The Commonwealth Court of Pennsylvania decided to transfer the case to the Pennsylvania Supreme Court, explaining the decision in this court filing.

“Additionally, drug testing for illicit use of marijuana is also rendered meaningless if an individual has a prescription for the legal use of medical marijuana as the laboratory is unable to discern between legal and illegal strands of marijuana,” said the Judicial District.

The Judicial District adds in its response, the Board of Judges enacted the policy after careful review of FDA research, which does not recognize medical marijuana as a treatment for medical conditions. The district adds, the review of factors also included an evaluation of safety concerns for the community and determination of substance abuse treatment options for probationers as some have providers that will not treat anyone who has a medical marijuana card because of the risk of relapse.

Follow the story of Melissa Gass & the Lebanon County court from the beginning when she spoke first exclusively to FOX43.